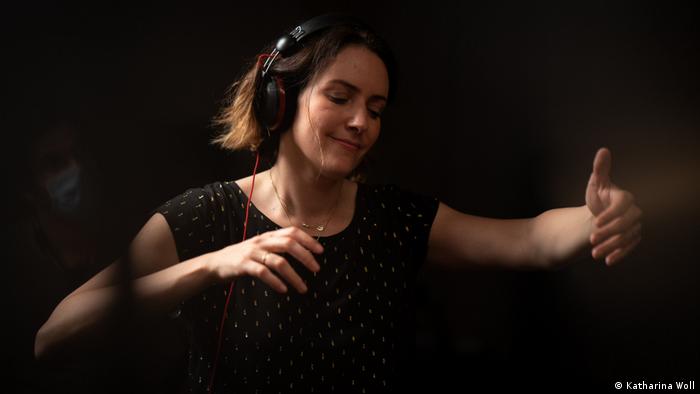 In an explosion of online music presentations during the coronavirus pandemic, new recordings have been posted for people to hear and watch on live stream or video-on-demand. There are completely audience-free "ghost concerts" or socially distanced ones — with people spread out both onstage and in the auditorium — and informal house concerts, such as the many shared by pianist Igor Levit on Twitter.

Although these performances have enriched lives and increased digital literacy, and not only among classical music lovers, they often radiate an aura of substituting for a "real" event, serving as a temporary solution until some unknown date when things will return to normal.

But conductor Alondra de la Parra has devised an utterly unique online performance, one that only could have happened under the current circumstances amidst the coronavirus pandemic. "I was getting allergic to seeing videos from home," explained de la Parra. "It had to look professional."

Exuding vivacious joy, humor and passionate artistry, The Impossible Orchestra is a 10-minute performance of a signature piece in the Mexican classical music repertory: Danzon No. 2, by composer Arturo Marquez. The piece is one that has been in de la Parra's bloodstream for years, or as she calls it, "My friend since I started my career."

It's a cast of musicians who would otherwise never play together: In the pre-2020 world, their datebooks would have been full years in advance. But in the year of the pandemic, when Alondra called, "Suddenly everyone was free. Everyone was taking my call, and everyone was saying yes. They were not only available in terms of time, but I think there was an availability in spirit. Because everyone sees how the world is suffering from this pandemic, and in different ways." 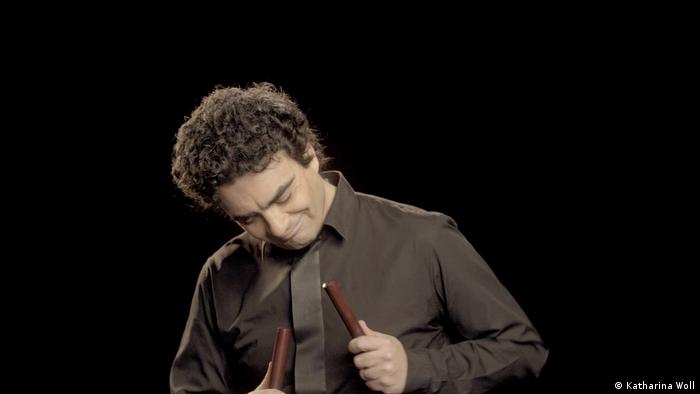 The result is a 10-minute video clip and a 10-minute behind-the-scenes documentary. But rather than setting images to a pre-existing sound recording, the sound emerged over the course of the production. "Producing the audio and the video simultaneously is something none of us had ever done before," said DW's Christian Berger, director of The Impossible Orchestra.

But how was it done? Recordings of one to three musicians, with multiple takes for each shot, were made at locations as far apart as Paris, New York, Los Angeles, Berlin and Valencia. Over four months of post-production, their sounds were mixed under the personal supervision of Alondra de la Parra.

"In the film, she's not explicitly a conductor," explained Christian Berger. "She's the musical director, the producer as well, and she drummed up the money from sponsors, making it possible in the first place."

"I spent maybe 100 hours with the audio engineers. I slept on their couches," de la Parra explained. "I was doing a lot of other things, but in fact, doing my job as I normally do it — just not moving my arms in an empty room. That would have looked ridiculous anyway."

Seated at the piano, atypical for her, de la Parra is a visual leitmotif of the video clip. Another is Mexican prima ballerina Elisa Carrillo Cabrera, a principal dancer at the Berlin State Ballet, whose movements were mapped out by British choreographer Christopher Wheeldon. "If the music was a person, it's her," de la Parra said. 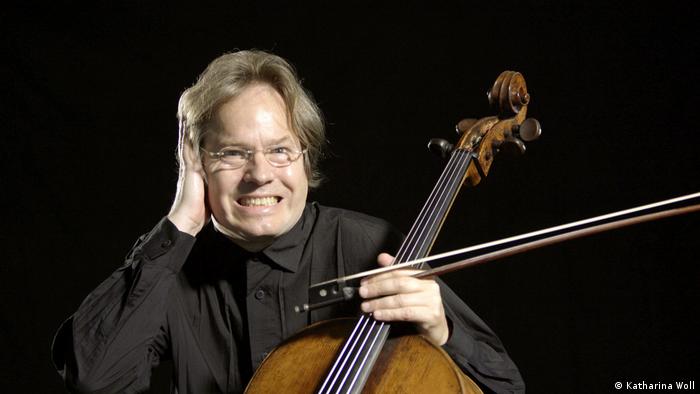 Cellist and festival director Jan Vogler gets in on the act

Bringing it all together

A conductor's job is to bring musicians to play together and to form out of the many a whole, typically by employing a baton, gestures and facial expressions. How in the world was this ensemble diaspora, separated both spacially and temporally, brought together musically?

First, a track was recorded with percussion, bass and piano, setting the rhythm for the later individual recordings. Here, too, Alondra made her presence felt, supervising the recording, for which the human element was a necessary ingredient: "Music is elastic. Music is human. It's not anything like a computer. And it's imperfect. It rests and moves. It pushes. It breathes. It has to do with human connection."

The maestro traveled to be on-location for the subsequent recordings of the roughly 30 musicians as well. These were made at each location in small rooms draped with textiles for acoustical effect and under bright lights, often in high temperatures and humidity — not only uncomfortable for the protagonists but also creating problems with the intonation of their instruments. Because each musician was recorded several times, there was "an immense amount of material that had to be sorted through," Berger said. Finding the optimal audio mix was the task of two recording engineers, one in New York and the other in Berlin.

The recordings at their respective locations were made in front of a black box. The lack of, or uniform background, enabled DW film director Berger to combine the images in split-screen presentations and to use video composition for various effects.

Production for a worthy cause

The humor and sheer energy of the musical presentation are entertaining, yet also target a serious cause: raising contributions to Save the Children and Fondo Semillas, foundationswhose missions include combatting the plight of women suffering violence and murder in Mexico, Alondra de la Parra's native country.

"During this pandemic, women and children in Mexico have been especially hurt by violence, domestic violence and situations of poverty," de la Parra said. "Eleven women are killed every day in Mexico, and the number has been increasing through the pandemic. There are just horrific, horrific situations for women, and not for just a few. That cannot go on." 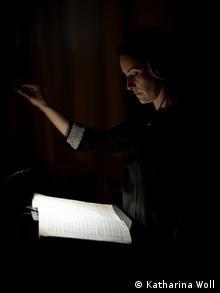 To offer hope, the maestra puts her own activity into service, employing classical music. "I think it is very important to be involved in the world's problems and to be part of the solution. Not to just occupy our beautiful corner of humanity, but to actually serve humanity."

The project proved that hardship need not impair creativity. "When people struggle and are taken out of their comfort zones, creativity ensues," explained de la Parra. "It was challenge in every step of the way or many. There's nothing that was straightforward. But none of the difficulties were created by the people involved. Not once."

Culture in the time of coronavirus

All around the world, cultural events are being canceled due to the coronavirus. A few concert halls are now trying to counter this trend this by going ahead without an audience — and sharing live-streams online instead.

Star conductor Alondra de la Parra is both reporter and protagonist in DW's unique new series "Musica Maestra." She will be appearing in 26 web-videos and six television shows.