'With her, there's just a hint of chaos': A film portrait of Alondra de la Parra

"La Maestra: Alondra de la Parra" provides a dynamic and personal portrait of a Mexican maestra in the midst of a career upswing. Her kinetic energy and charisma seem like a force of nature. 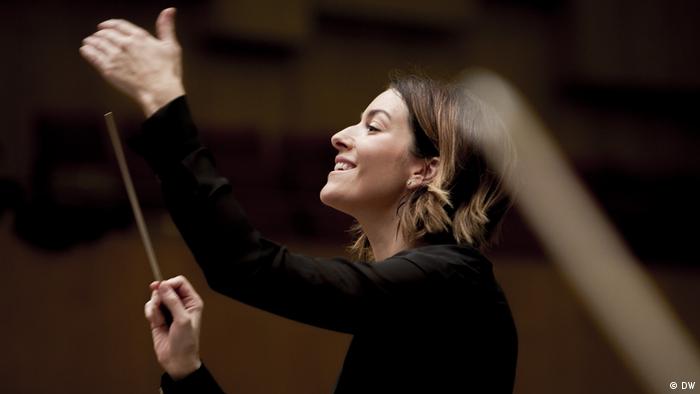 She's 38 but could pass for 10 years younger. Tossing her hair in her vigorous conducting, she employs an inexhaustible palette of expressions, gestures and motions. Every beat, every subcurrent, motif, countertheme and mood shift in the music is reflected in her face and body. She has the full physical expressivity of a ballet dancer and one never tires of watching her in action. Whoever has the chance will find his or her musical experience enhanced.

Watching the maestra in action is exactly the point of La Maestra: Alondra de la Parra, a new documentary on DW-TV. More than a concert recording, the roughly 50-minute film follows the star over a period of 14 months from April 2017 until June 2018 and on three continents: from her home in Mexico City to her job as music director of the Queensland Symphony in Brisbane, Australia to guest conducting stints in Bamberg and Hamburg in Germany, the country where she has the most concert appearances. 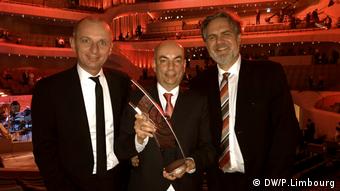 The film also suspends time, showing De la Parra in concert before cutting away to clips from a home movie that show a little girl dancing to the beat of the symphonic music, then back to De la Parra in the here and now. It's very clear that the little girl in De la Parra, this earlier version, is still very much alive.

Every cut is sharp on the beat, a trademark in the work of Christian Berger. The DW film director has had his hand in a number of documentaries, profiling classical musicians including the conductors Paavo Järvi and Nikolaus Harnoncourt as well as pianist Lang Lang.

Berger said that this artist's portrait goes even further than the others had done. "If I compare it to other films I've directed about musicians, I'd say that she was the one who trusted us and opened up the most." 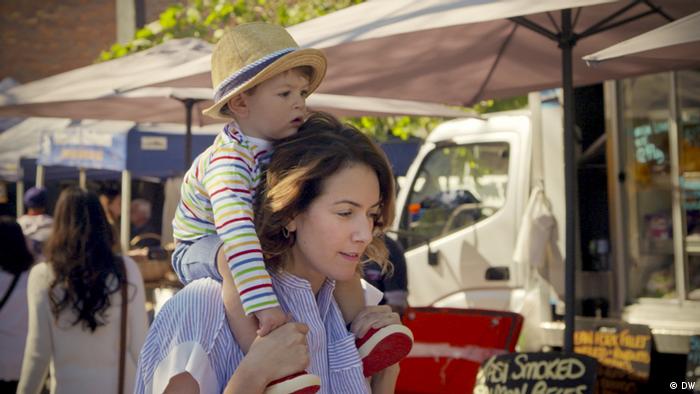 Whenever possible, the family goes along

Alondra de la Parra clearly feels comfortable in front of a camera. "When the camera is rolling, she's fully conscious of the situation," Berger confirmed. "You see that. She's definitely in control. Yet she allowed situations to be filmed that I know other artists would never stand for."

These include sequences with her two young children, feeding her infant or acting out Peter and the Wolf with her young boy: the boy as Peter and the mom as the wolf.

Interviews with her father, mother and brother sketch a portrait of a girl who clearly always knew what she wanted. "She was very demanding, but always in a charming way," said her father.

It's a characteristic that she never unlearned. "De la Parra is very spirited and passionate. She glows red-hot for her country and for the rhythm that comes from there. And the way she communicates it is unique," said Beate Weis, violinist with the Deutsche Kammerphilharmonie Bremen, before adding, "With her, there's just a hint of chaos, and that makes her all the more adorable."

In the film, one learns that as a young pianist, De la Parra was plagued by stage fright — but never as a conductor, even when subjected to the tutelage of the much-feared maestro Kurt Masur in a masterclass. "Be strong," was his final advice to her. 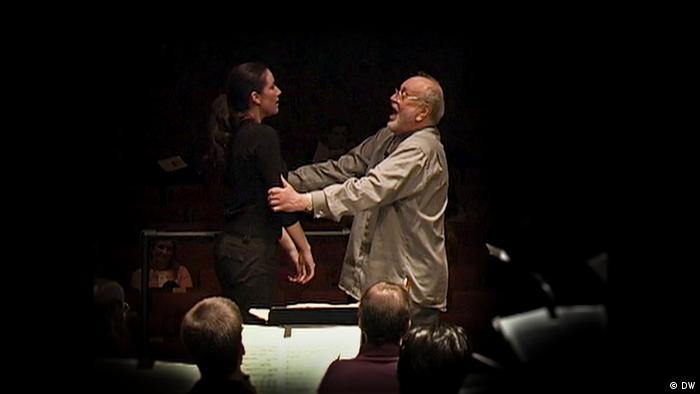 "You won't survive it," a friend said, encouraging Alondra not to take part in a Kurt Masur masterclass. She did take part, and survived

Those words, she said, come to mind every day. She needs them, for even as the era of the tyrannical macho maestro has long since passed and conductors now work with a combination of determination and gentle persuasion, strength remains an essential tool of the trade.

"I never had the feeling that: 'Oh, this is a woman conducting here,' because she is herself and doesn't try to slip into a male role," said Bart Vandenbogaerde, concertmaster of the Bamberg Symphony.

On the contrary: De la Parra is not only completely natural. Combining strength with emotional warmth, her nuanced gestures, expressions and physical presence go further than those of many of her male colleagues, leading one to wonder: Why can't all conductors be women?

La Maestra — Alondra de la Parra, a co-production of Bernhard Fleischer Moving Images and of German public broadcasters ZDF and Arte in collaboration with DW will be broadcast on DW-TV in German on February 17, in English on February 18 and with Spanish and Arabic-language versions to follow. Film sequences include the maestra in rehearsal and concert with the Bamberg Symphony, the Deutsche Kammerphilharmonie Bremen and the Queensland Symphony Orchestra.

Alondra de la Parra is one of the new stars of classical music. She has conducted more than 100 orchestras in 20 countries, breaking the glass ceiling in a male-dominated profession. (28.12.2018)

Two music projects are bringing Mexico and Germany together. Deutsche Welle commissioned a composition for Bonn’s Beethoven Fest, and the opening concert of Mexico’s Year of Germany. (04.10.2016)

As a sought-after guest conductor and head of the Queensland Symphony Orchestra in Brisbane, Australia, the Mexican-American maestra Alondra de la Parra knows that music is about communication - on every level. (12.07.2017)