Probing the music of Johannes Brahms together with star maestro Paavo Järvi and the Deutsche Kammerphilharmonie, a new DW music documentary turns out to be a challenge and an adventure. At the beginning of the Symphony No. 1 by Johannes Brahms, the timpani sound out relentlessly. With the composer having worked on the symphony for 14 years, it's as though the rhythm is saying, "This is exactly as it must be."

"This music is magnificent. Not only because it reflects the time it was written in. It's also a soundtrack of our own time," says conductor Paavo Järvi in the first few minutes of the film The Brahms Code, promising an intriguing 90-minute journey into the depths of the symphonic art of this composer.

Allies on the road again

The Estonian maestro Järvi explores the four symphonies of the North German composer Johannes Brahms together with the musicians of the Deutsche Kammerphilharmonie Bremen(German Chamber Philharmonic of Bremen). Probing and searching, laughing and sometimes arguing, the formation seems more like an amalgamation of soloists than a classical orchestra. 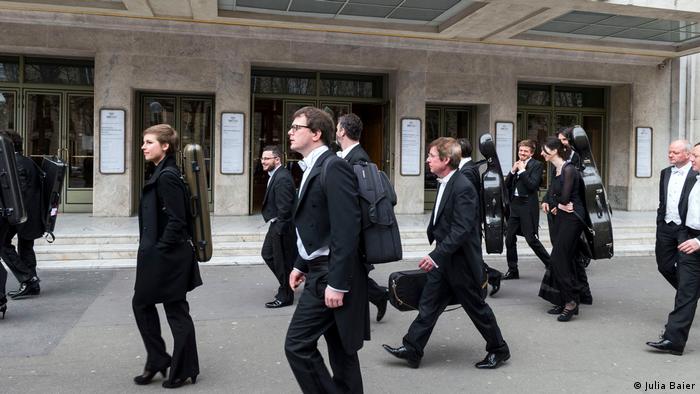 The musicians are filmed during rehearsals and at a performance of the cycle in Paris — in the historic Theatre de Champs Elysees. "To perform a whole cycle in this city is of course insane," says flutist Bettina Wild. "Two concerts back to back, just with our symphonies and no soloist to pull in a crowd. We and our Brahms, nothing else — that's a sensation!"

Music as a common endeavor of strong individuals has been the ethos and recipe of success for the Deutsche Kammerphilharmonie Bremen since its early days. Founded as an association of music students with a common purpose and self-management, the orchestra reinvents itself with every new project.

With Paavo Järvi, one of the world's busiest conductors, the Kammerphilharmonie performed its way into the top echelons of the world's orchestras roughly 15 years ago and has stayed there. The complete recording of Beethoven's symphonies set standards. That was followed by the Schumann symphony cycle — and now the Brahms. 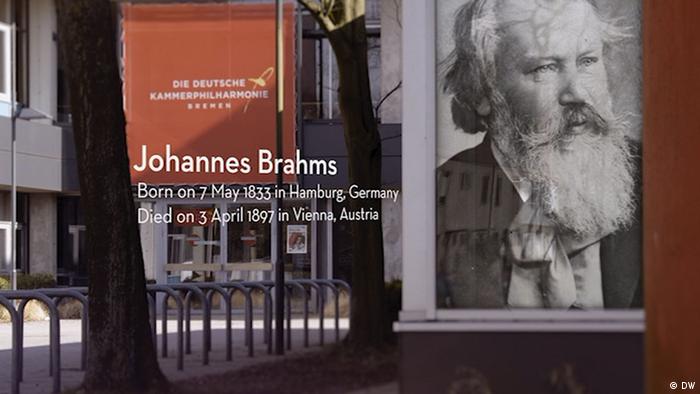 "In the past few years I have performed mostly Brahms with the Kammerphilharmonie," says Paavo Järvi. "It's almost a religious ritual for the orchestra to rehearse intensively before every concert, regardless of how often they've already played the piece. It's about discovering new colors, nuances and facets each time."

A triology of composers

Probing musical details to this level of depth and finding the spiritual content of each measure is a luxury that only few orchestras enjoy. The viewer shares in that process in The Brahms Code. Christian Berger and the team filming in Paris

It's the third music documentary in which DW film director Christian Berger accompanies the working process of the Deutsche Kammerphilharmonie Bremen and conductor Paavo Järvi. In the earlier films The Beethoven Project of 2010 and Schumann at Pier 2 (2012), the film crew and the artists developed a level of mutual trust and familiarity that made the new Brahms film possible.

"Although eight years have passed since the first film," says Christian Berger, "this orchestra was special and has remained so. The first film was a portrait of the orchestra and the conductor. In the second, we concentrated on Schumann's symphonies and elaborately staged the music itself — essentially organizing a whole concert for the film production. The Brahms film is both, presenting the musicians and the conductor as partners in dialogue and moving seamlessly from there to the concert recordings in Paris.

The final result is fabulous music with new insights into "old" Brahms. For example, Järvi compares the tempos of the Symphony No. 2 to the dancelike, lilting and elegant image of Spanish Lipizzan horses. At another point he hears a "crazy German tango in the music." 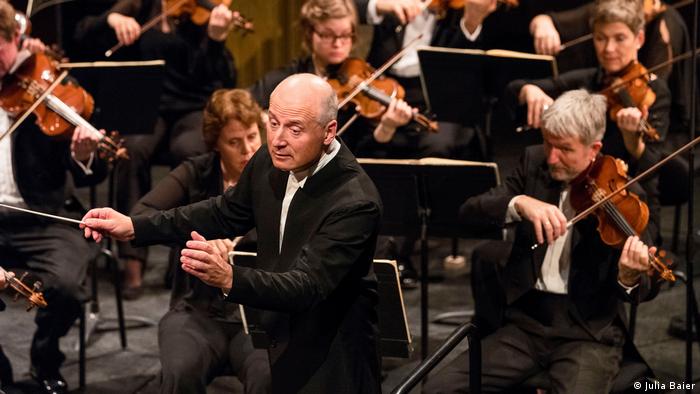 The people behind the music

Although the charismatic maestro Paavo Järvi occupies center stage, director Christian Berger succeeds in drawing other orchestral musicians out of their anonymity. "I wanted to get away from the image of the heroic conductor who does everything and plays the orchestra like an instrument," says Berger. "Each orchestral musician is an artist with his own ideas and his own interpretations."

At one point, horn player Elke Schulze Höckelmann rebels against the maestro's directive to hold a formato as long as possible. "The longer the pause is, the more difficult it is to start playing again," says Höckelmann. "You have to balance holding back against staying in the flow." 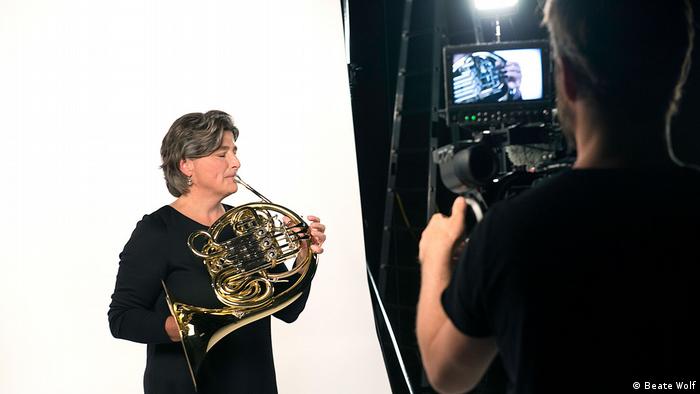 One meets the individuals behind the instruments, such as horn player Elke Schulze Höckelmann

"That's what interests me as a director and a viewer," says Christian Berger. "I hope others find it interesting too. Maybe you'll understand better how an orchestra works, what kind of people sit at the timpani or the cello, and what a concertmaster does."

At the end of the film, one feels one has made new acquaintances, orchestral musicians who will never be perceived as a mass phenomenon again. And of having taken a step closer to Brahms — even though, to quote Paavo Järvi, he "remains a sort of divine figure."

The two-part film The Brahms Code will be broadcast by DW-TV on October 13 and 14 and is available as video on demand on "DW Documentary" and YouTube.

Schumann at Pier2: An audiovisual journey through the symphonic universe of Robert Schumann

Co-produced by Deutsche Welle (DW), Unitel Classica and Radio Bremen, classical music documentary "Schumann at Pier2" has been awarded a top prize at the 2013 Sichuan TV Festival in China. (20.11.2013)

Music and journalism: The Deutsche Kammerphilharmonie Bremen 'harmonizes' in Tunisia

In a project by the Deutsche Kammerphilharmonie Bremen Tunisian students rehearsed with professional musicians. DW Akademie joined with a mobile reporting workshop. (22.06.2018)