One year ago, some 50 people died during unrest in the Ukrainian port city of Odessa, most of them pro-Russian activists. Investigators believe that a chain of events led to the deaths. Many doubts remain. 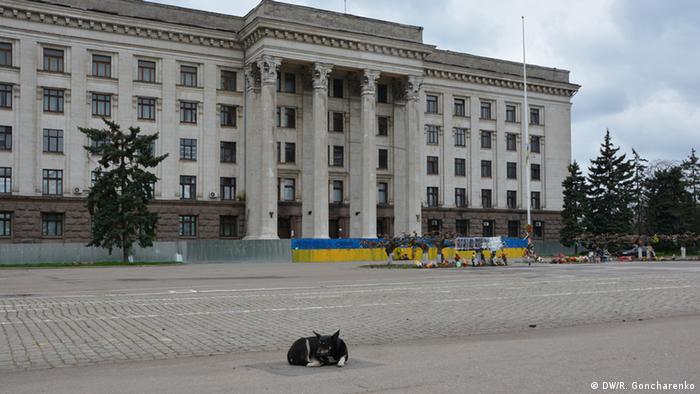 Kulikovo Square is empty. Only a few stray dogs lie on the asphalt. The Trade Unions House bears the scars of the tragedy that played out here one year ago - its walls are covered in soot, and there are no panes in its windows. The building, once communist party headquarters, is like a fortress. During the unrest in Odessa on May 2, 2014, 400 hundred or so people sought protection behind its thick walls. 42 found death instead.

Key event for the separatists

Most of them died from suffocation or burns during a fire there. Some leapt from windows to escape the flames. It was the climax of hours of pitched street battles between pro-Ukrainian and pro-Russian activists which had already seen six men shot dead. Hundreds were injured. For many, this was the darkest day in the recent history of the Black Sea port.

It also seems to have been a key event for Eastern Ukraine, as it happened just one week ahead of the so-called "referendums" on secession from Kyiv that would take place in the Donetsk and Luhansk provinces. Russian television broadcast images of charred bodies and reported that "Ukrainian Nazis" had "burned alive" fellow citizens that were friendly towards Russia. In interviews, Russian fighters on the separatists' side said that they had been motivated by "the inferno of Odessa."

An out of control provocation 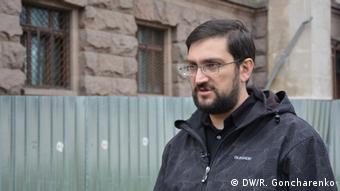 A provisional memorial in front of the Trade Unions House recalls the victims. There are photos, flowers, wreaths, and candles. "It is a heavy trauma," says Sergey Dibrov, journalist and witness. His Odessa, known for tolerance and high spirits, has never experienced anything like it. "It goes against the traditions of the city," says the 42-year-old. "Problems are solved peacefully here." Dibrov is a member of the "May 2 Group," a collection of journalists, experts, and activists from both sides who have conducted an independent investigation of the events. Shortly before the anniversary of the events, the group presented its findings: the tragedy in Odessa was the result of an act of provocation that spun out of control.

Urs Schwinger believes that to be the case too. The German runs his own IT company in Odessa. "I was at the train station that morning and was totally shocked: people were coming out with guns," he says. The 49-year-old adds that they were wearing orange and black ribbons - a symbol of the pro-Russian activists. Schwinger followed the street fighting taking place in the city center at home on the television. One wanted to create a situation similar to Donetsk in Odessa: "I think they lost control of it, but it started with a pro-Russian provocation."

Hunting scenes in the city center 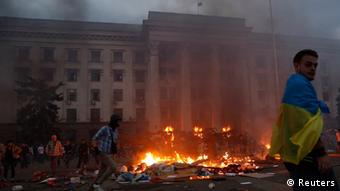 Flashback: May 2014. Ukraine is in turmoil. Armed men occupy police stations and administrative buildings in Eastern Ukrainian cities. Things remain relatively calm in Odessa, yet pro-Russian activists are here too, living in tents on Kulikovo Square.

A soccer match is scheduled for May 2. Thousands of pro-Ukrainian fans, among them hooligans and normal citizens, move through the city. Suddenly they are attacked with rocks and clubs by pro-Russian activists. Shots are even fired. Sergey Dibrov says, "Activists at Kulikovo Square started using weapons." The first of a total of nearly 50 killed on this day is a pro-Ukrainian activist.

After the activist's death the situation escalates. The outnumbering pro-Ukrainian activists chase their opponents through the streets, all the way to Kulikovo Square. "Bloodied boys came running, and said that we should hide in the Trade Unions House, otherwise we would be killed and burned," recounts Svetlana Abakamovich. The 74-year-old pro-Russian activist was on the building's second floor when the fire began. She lost consciousness several times. Her face and hands were burnt, but she survived. Abakamovich believes that chemical weapons were used. "My hair would have burned in a normal fire," she says as she shows a photo of her burnt face taken at the time. The "May 2 Group" has found no evidence to support that theory, however. 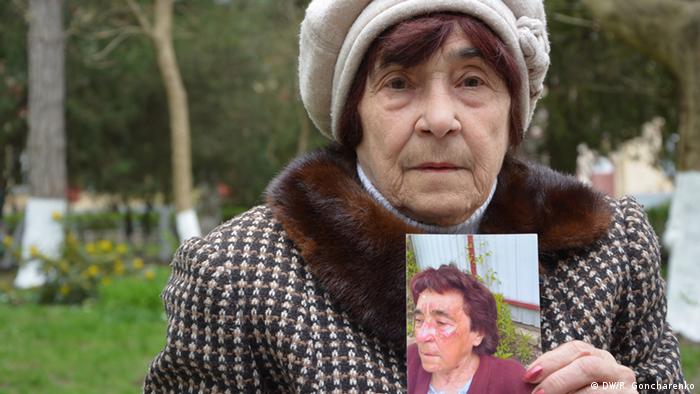 The only thing that is clear, is that both sides acted with the utmost brutality. This can be seen in a number of video recordings. "I witnessed pro-Ukrainian activists being shot at from the Trade Unions House as they tried to rescue people from the burning building," says Dibrov. He and his colleagues place the blame on the police: "Had the police and emergency services forces acted correctly there would not have been so many deaths." Abakamovich concurs, "The police just looked the other way."

One of the most important questions remains unanswered

The attorney generalship has come to the same conclusion. The police are accused of not having hindered the unrest. As far as the fire in the Trade Unions House, there is neither evidence of arson nor chemical weapons use. The blaze began when a wooden barricade in the foyer caught fire while both sides lobbed Molotov cocktails. The flames spread quickly thanks to a draft causing a "stack effect." It is conspicuous that the authorities have confirmed the central theses of the independent investigative group.

Charges have been brought against a total of 22 people, half of them are in investigative custody. Another 13 suspects are on the run, among them a police chief and some of the leaders of the pro-Russian movement. There was previously speculation that Russian intelligence services had played a role in Odessa. There was no word of this in the attorney generalship's statement.

However, one of the most important questions that Sergey Dibrov and his colleagues failed to find an answer to was: why didn't the police do anything? "They were scared to take on the responsibility," is his attempt at an explanation. Police and ambulance corps were in a "disastrous state" at the time. Yet, many in Odessa find it difficult to believe that the whole situation was simply a chain of events. Many blame Moscow, others Kyiv. Solid evidence has yet to be found.