The New York City bookstore that took a stand | Business | Economy and finance news from a German perspective | DW | 02.11.2020 At least one independent bookstore closes every day in the US, according to the American Booksellers Association (ABA). That trend, exacerbated by COVID-19, is snapping at the bigger indie stores' heels.

US independent bookstores overall are down a quarter of their market share, Peter Hildick-Smith of Codex, a book audience research firm, told DW. Indie stores had slowly built up market share in recent years, from 4% to approaching 5%, but they've now dropped below 4%, he explained.

He also noted that physical store book sales are now below 30%, the lowest they've ever been. Meanwhile, three quarters of all books or e-books are bought online, with Amazon alone accounting for more than half of all book sales, according to Codex.

Overall, the US book market has been surprisingly robust this year to date, with a lot of help from a tsunami of political books, Hildick-Smith added. "But the independent bookstores' unique strength, creating a local book community, hosting in-person events to drive traffic and sales, is heavily challenged." 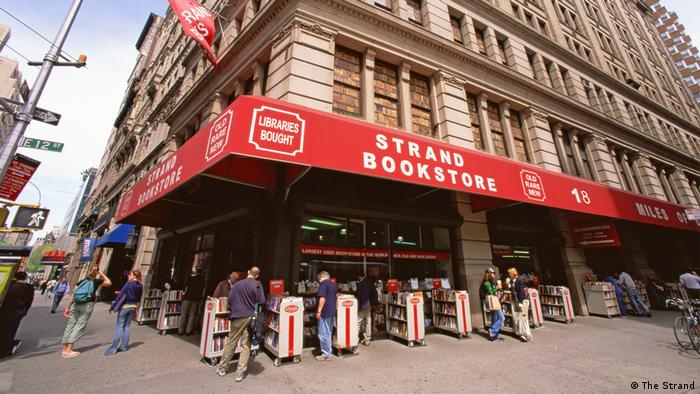 During the first wave of the epidemic in March, McNally Jackson, an independent bookstore in New York City, said it was laying off 80 employees. This was followed by a similar staffing cull two days later by Powell's Books, an independent bookstore in Portland, Oregon. Now it's the Strand Bookstore, an icon of New York City's book scene, that is in trouble, with revenue down 70% from 2019.

The Strand, founded in 1927, is the last survivor of the 48 bookstores that once lined 4th Avenue's famous "Book Row." In normal times The Strand boasts of having "18 miles of books" spread over four floors at its main store.

Earlier this year, the Strand got Paycheck Protection Program (PPE) funds from the government, but it also had to lay off most of its staff as foot traffic plummeted. These funds and cash reserves helped the store through the first eight months of the pandemic, owner Nancy Bass-Wyden, granddaughter of the store's founder, said.

"It's tough for a business owner to ask for help, but the PPP got us through the roughest patch," she told DW.

Bass-Wyden also spent $250,000 (€220,000) on Amazon shares earlier this year. "I invested in a slew of shares, not just Amazon, that I thought would survive the pandemic, and will do everything I can to keep the store open," she said, adding that the store is now rehiring and currently employs 69 people.

But ultimately, she said, it was community support that has saved the store.

Bass-Wyden went on Facebook and Twitter two weeks ago to say the business was "unsustainable." The reaction to her message was impressive. "The store received more than 25,000 online orders over the weekend, causing the website to crash," she said. It normally gets 300 orders a day. "The show of love has been astonishing," she adds. 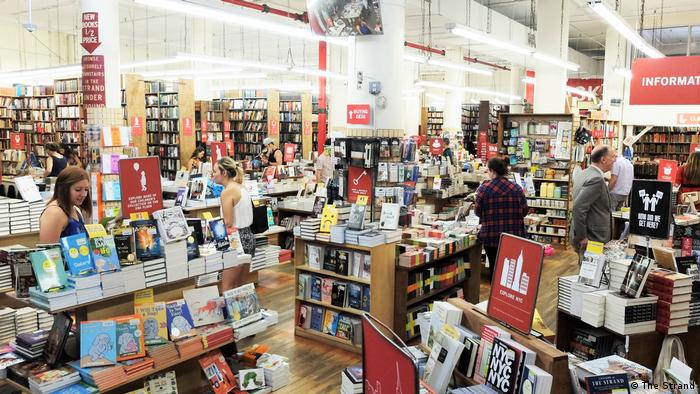 Meanwhile, an online movement has emerged as a grassroots challenge to Amazon. Bookshop.org, a nonprofit platform designed to help smaller bookstores, has already raised hundreds of thousands of dollars for local stores.

The website launched in January with a team of five people. By centralizing resources on a shared hub, Bookshop.org provides customers with prices and delivery speed comparable to Amazon's while the money still goes to their favorite bookstore.

"Bookshop.org captured over 1% of Amazon's market share for books within a few months after launch last year. For stores, there's no expense and no risk to joining us, and we've earned over $7.5 million for stores in the past eight months," Andy Hunter, the founder of Bookshop.org, told DW.

Hildick-Smith estimates Bookshop.org to have less than 1% of the online print market. "That said, they are by far the most successful new online seller launched in the US in well over a decade!" he added. 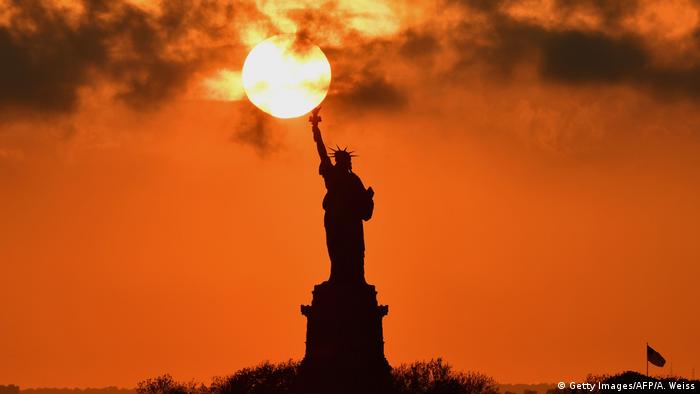 Revenue at the Strand Bookstore is down nearly 70% this year

"I think independent bookstores are reclaiming their power in many ways," Allison Hill, CEO of ABA, told DW. She believes indie stores have learned a lot during the pandemic about ways to pivot, to be stronger and more viable in the future. "They they just need to get through the present crisis first," Hill said.

Read more: Reading for a good cause

"The indie spirit is strong, and it speaks to how much people need them, and how much communities value them, that stores that have announced that they are struggling are receiving overwhelming support in the form of thousands of orders for books and gift cards," she said.

Others are equally adamant the sector has a future. "Booksellers are an adaptable and tenacious group," Pamela French, executive director of the Book Industry Charitable Foundation (BICF), which offers financial assistance for bookstore employees in need, told DW. She pointed to increasing online sales and marketing, and stores offering curbside pick-up and holding virtual events. 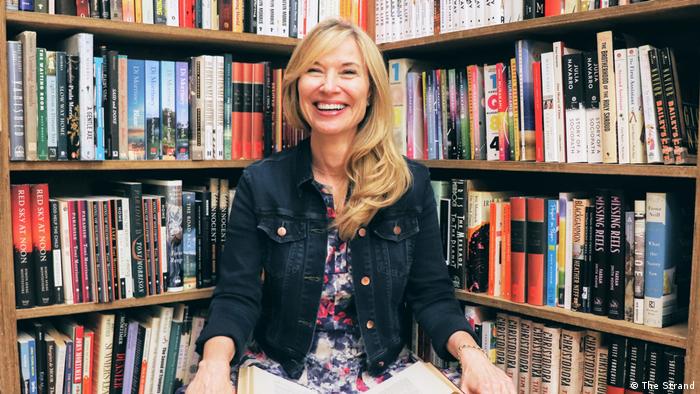 Nancy Bass-Wyden spent up to $250,000 on Amazon shares to support her bookstore

Holiday sales will be key

"Many stores depend on a significant portion of their annual sales during the holiday season, so the next two months are critical to forecasting the future," Hill said. "Government relief is also critical but, at this moment, uncertain," she added, while clarifying that she nonetheless expects another wave of government relief.

"Where people spend their money in the final days of 2020 will determine what their communities look like come 2021," Hill says.

"After the holidays, I think a lot will depend on the outcome of the presidential election," Hunter said, adding that the Democrats are much more generous in the aid packages they propose. "If holiday sales and government support do not come through, I think most stores will be in a very tough spot. But these [bookshop owners] are extremely resourceful and tenacious people who love what they do, so many will find a way to hang on," he says.

"I am optimistic and after 93 years in existence I owe it to my grandfather and father to keep this store open," Bass-Wyden said.