Reading for a good cause

Even if bookstores are allowed to reopen in Germany, writers remain affected by the coronavirus crisis. Many have therefore shifted their activities online. Some even collect donations for a good cause. 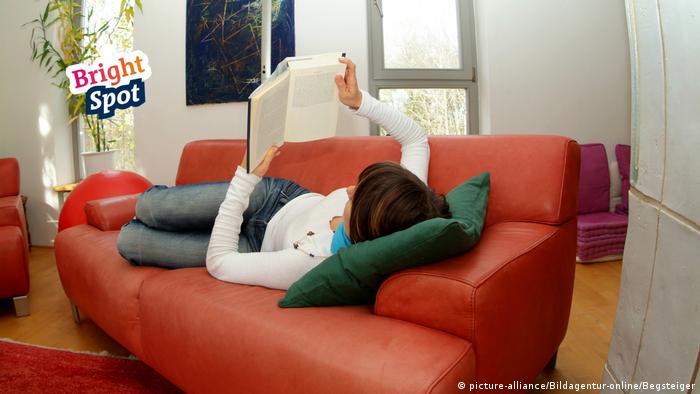 The cultural scene is massively affected by the coronavirus crisis. Many authors have lost a substantial part of their income, as reading tours and festivalswill not take place in the foreseeable future. Some writers have been working on the promotion of their work during the lockdown; like other musicians and performers, many have found livestreams to be an attractive option.

The multi-award-winning author Saša Stanišić was one of the first to invite his readers to his apartment — virtually of course. On March 19, the day after Chancellor Angela Merkel's first TV address on the coronavirus crisis, the social media-savvy author started a series of readings on his Twitch account, titled "Literatur in Zeiten der Verunsicherung" (Literature in times of uncertainty).

With the videos, the author raises money for social causes. More than €40,000 ($43,500) have been collected after five weekly readings, Stanišić announced in his April 17 video stream. The money will be donated to the Zentrum Überleben (Center Survival), a project for refugees.

In his videos, Stanišić, who was awarded the German Book Prize for his novel Herkunft in 2019, reads from his books and unpublished texts. His fans have been not only listening his hour-long streams, they also thank him with donations for his selected charities, such as organizations for the homeless or refugee initiatives.

A writing challenge during the lockdown

Another bestselling German author, Sebastian Fitzek, has held public readings in unusual settings throughout his career — including in a dentist's office or a hospice. Now he is meeting up with his readers through his Instagram account every night under the motto #wirschreibenzuhause (we write from home). During these livestreams, he creates crime short stories with them on the theme of "Identity."

The project was so popular that it was extended: Until April 26, anyone can write a short story and submit it in the following four days on the website www.wirschreibenzuhause.de. A jury will then select the texts to be published as a book by the publishing house Droemer Knaur. Fitzek said that sales proceeds would go to the "crisis-ridden book trade."

Hollywood stars read aloud
There are similar initiatives in Hollywood as well. In March, actresses Jennifer Garner and Amy Adams launched the #SaveWithStories campaign on Instagram and Facebook. Numerous stars, including Glenn Close, Natalie Portman, Jeff Bridges, Eddie Redmayne and Jimmy Fallon, use this hashtag to read their favorite children's books to the camera for a good cause.

They collect donations for the organizations Save the Children and No Kid Hungry, which help children in need living in communities particularly affected by the consequences of the coronavirus pandemic. They organize for instance programs for children, providing them meals and learning materials while schools are closed.

Stewart's approach is very casual and without any artifices or make-up: His great voice and the immortal poems of the Bard of Avon is all that's needed for the videos to obtain tens of thousands of likes and retweets.

Country star Dolly Parton wasn't going to be left behind during the lockdown, either. She is reading bedtime stories once a week as part of her "Goodnight with Dolly" and she has donated $1 million to a laboratory working on a coronavirus vaccine.

The foundation of the US actors' union SAG has set up the website storylineonline.net, which features videos of actors reading children's books. For each book, there is an age recommendation and suggestions for further activities.

Poetry readings for the state of emergency

In Germany, actor Daniel Brühllaunched a poetry reading campaign over the Easter weekend: Anyone can post or recite their favorite poems on Instagram and Twitter. "The #poetryforlocals campaign aims to support small shops, cafes and restaurants in the neighborhood," is how Brühl describes the project. "And poetry is comforting in these difficult times," he adds. 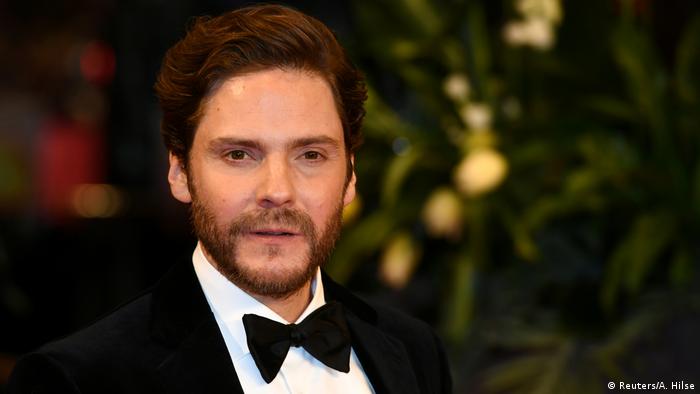 In Austria, 120 professionals from the cultural sector took part in a monumental project called "In Days of Emergency," including well-known artists such as Nobel Prize for Literature laureate Elfriede Jelinek, actor Klaus Maria Brandauer and cultural philosopher Alexander Kluge. One after the other, they read live on Good Friday a part of The Pest by Albert Camus. The approximately 10-hour marathon reading is divided into sections and can be accessed online until May 10. The initiative also aims to collect funds to support the many authors who are financially suffering from the restrictions resulting from the coronavirus crisis.

The current crisis has led to the creation of new spaces for literature that are virtual but still have a real impact. They not only support good causes, but also allow fans of literature to come together in these difficult times. They find a community through a simple livestream of their favorite author reading his works — with no other frills than a taking a sip from a glass of water from time to time.

Almost half of all books are sold in stores in Germany. Sales have been impacted greatly as shops have been closed for weeks. But even as some stores reopen, a quick bounce-back is not expected. (23.04.2020)