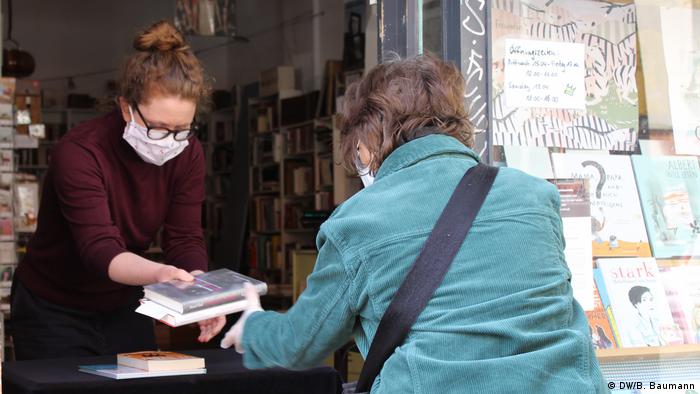 Since April 20, bookstores in Germany have been open again. They were forced to close for an entire month, except for the federal states of Berlin and Saxony-Anhalt. There, they were regarded as indispensable shops and anyone who so chose was permitted to leave their bookstore open under certain hygiene regulations.

The financial damage impacting the book industry in just the four weeks of lockdown amounts to half a billion euros ($543,000,000), the German Publishers & Booksellers Association estimates.

Dependent on support from the state

Dirk Rehm, of the small independent Reprodukt publishing house, assumes that even with the reopening of the bookstores, sales will not improve quickly. "There still will not be a lot of public traffic since so many people are worried about their health and because people are spending less money," Rehm said.

His publishing house, which brings out comics and graphic novels by international authors, has so far recorded 40% less turnover, but hopes to continue working with the support of federal government funds and reduced working hours for its seven employees. Repodukt has been in existence for almost 30 years.

Bookstores essential for the trade

Small publishers are being particularly hard hit by the coronavirus crisis. The cancellation of the Leipzig Book Fair, as well as those of literature festivals and reading tours, and now the lockdown this past month, have made their books virtually invisible. Even before the COVID-19 pandemic, they were not necessarily reviewed in newspapers anyway, so for publishers like Reprodukt, bookstore presence and sales are essential.

But bookstores are also enormously important for the industry as a whole — even in the internet age. Almost half of all books are still normally bought there. 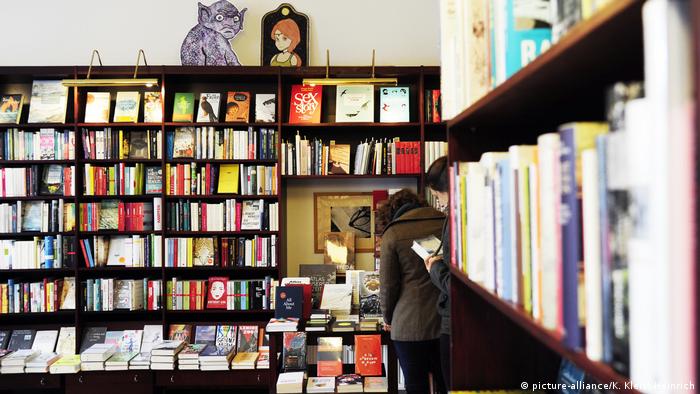 E-commerce company Amazon represents a central distribution channel for publishers. However, the decision by the company mid-March to prioritize delivery of goods such as food, household items and cosmetics during the coronavirus crisis is having a serious impact on them. It is rather paradoxical, given that the US internet giant grew its powerful business through book sales and delivery.

Publishers are now stuck with their new publications and some customers are having to wait a long time for their orders.

Nina Wehner, who runs a small neighborhood bookstore in Berlin's district of Neukölln, is benefiting from this turn of events. Some customers, now annoyed with Amazon, are coming to her. For weeks now, her shop Die Buchkönigin (The Book Queen) has been taking orders by phone and online, which can usually be picked up and paid for right at the shop door the next day. Although she would have been allowed to keep the shop open in Berlin this past month, this solution seemed the most sensible to her from a health point of view. 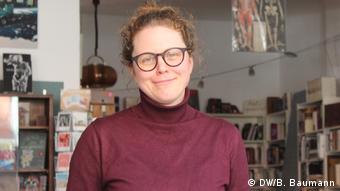 And now, even after this week's nationwide easing of restrictions, the bookseller wants to stick to this practice and wait and see how the number of infected people develops with the opening of stores. She will then decide whether to let people back into her shop or not. "It would be nice to reopen and, more than anything, sell books again that are often overlooked but which are close to my heart," Wehner explained. She also misses the encounters with customers, chatting with them and exchanging information, but this is part of her contribution in trying to help quell the spread of the virus.

At the moment, Die Buchkönigin is being supported by two female students who deliver books by bicycle on a voluntary basis. Wehner unexpectedly received the offer via Facebook and it brought tears to her eyes. "There's a huge amount of solidarity," she says. Her turnover has remained almost the same, she said.

Opening stores only the beginning

Even if bookstores are now allowed to reopen nationwide under certain conditions, the crisis is far from over. Public traffic in the shops will probably remain restrained. Amazon has not yet announced that it will deviate from its prioritization strategy, and major events, which are also so important for the literary world, are prohibited in Germany until August 31. For Alexander Skipis, managing director of the German Publishers & Booksellers Association, it is therefore clear that the government must continue to expand its support for the industry.

But there is a ray of hope on the horizon: the Frankfurt Book Fair is still scheduled to take place in October as planned. "What exactly the 72nd Book Fair will look like then, we cannot yet guess at this stage," said spokeswoman Kathrin Grün. "In any case, it will be a very special fair, that's already clear."

Nothing could be cozier than snuggling up with a book on a rainy day, right? But more than 12% of adults in Germany can't enjoy that luxury. Many also struggle with writing a postcard or text message. (07.10.2019)