German book readers are spoiled. Order a book at your local bookstore, and expect it to be ready for pick-up the very next day. The insolvency of Koch, Neff & Volckmar (KNV), Germany's largest book distributor, however, may slow down that service for customers, and pose a problem for small publishing companies.

Along with copyright laws, the German Book Prize and fixed prices for books in Germany, the issue is just one of many faced by Alexander Skipis, the director of the German Publishers and Booksellers Association.

Deutsche Welle: With a turnover of roughly €10 billion ($11.4 billion) the German book industry is stronger than the music business, film industry, computers and video put together. Does the book trade face problems in Germany at all? 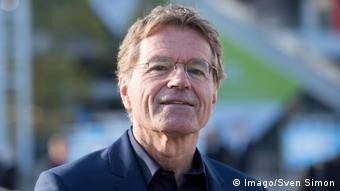 Fighting for the future of books: Alexander Skipis

Alexander Skipis: Generally speaking, no, sales have in fact increased slightly over then past 14 years, even in the face of smart phones and other media competition, which is quite a feat by publishers, writers and booksellers. But the strong competition has left its mark. Studies show that we have lost a significant number of readers. That means that people who used to buy books are now turning away from them.

No, it isn't, even if turnover increased a bit last year — distorting the perspective a bit — and that's due to the fact that books cost more.

That's why we launched a survey among people who stopped buying books. We found out that all of these people love books and love to read, but that they are often stressed because social media takes up their time and they don't manage to do anything else.

We should make people understand that they should take the time again to sit down with a book, let the book take them on a journey. I think we stand a chance to win those book buyers back.

The book cosmos is huge. Germany's biggest distributor, KNV, has just announced insolvency. But how do the books, CDs, DVDs and games created by more than 5,000 publishers find their way to the bookstores?

The same as before, insolvency doesn't mean business operations have folded. The bankruptcy administrator has a vested interest in continuing the company's business. He can guarantee that publishers who supply books will be paid back.

But it is not clear whether publishers will be paid for the books they supplied at the end of last year?

That's right. The fact that the invoices for the 2018 Christmas sales that are due round about now but can't be processed on account of the bankruptcy is a big problem, in particular for small and medium-sized publishing companies. For the time being, the publishers won't be paid for those past shipments. That can turn into a huge problem unless a solution is found. 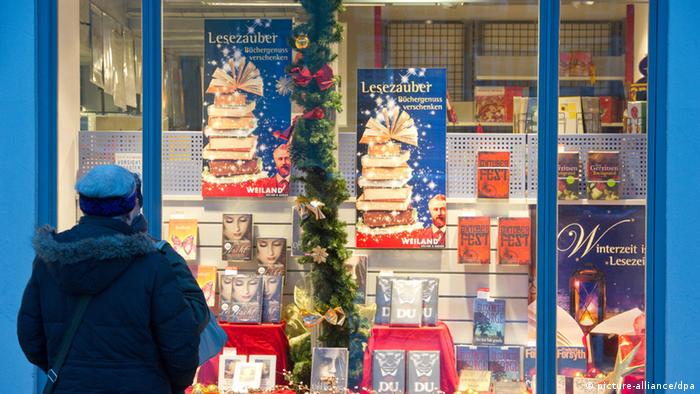 Would that also have an effect on bookstores?

If many publishers were to disappear from the book market that would have a significant effect on bookstores, fewer books would be for sale. The German book market stands for quality and an enormous variety — the envy of people worldwide.

The number of bookstores in Germany is shrinking. What can booksellers do to ensure their survival?

That's a difficult question. Many are already tackling the problem on their own, but there are also things that are difficult for lone booksellers. City centers are becoming less and less attractive. The pedestrian traffic in shopping streets is diminishing. That's something affecting the entire retail sector. There's also the problem that rents in top locations are very expensive. Bookstores have a hard time paying high rents, because the returns are relatively low.

Do we maybe need more book cafes in the country?

Indeed we do. This is a good example of what bookstore owners themselves can do. Today it's not enough to stock your shelves with books, open the door and wait for people to come. You have to make an attractive offer, make it an experience, with spaces where people would gladly spend their time.

Are events, like poetry slams, swap-meets, or inviting storytellers and regional poets the kid of things that need to be looked at?

Exactly, but going even beyond that. Bookstores can also be venues for discussions or debates. You have to think about what attracts people.

Is there a growing threat from online sellers, like Amazon, shutting out the storefront retailers?

That competition has to be taken very seriously. It's hard to say if the threat is growing. Bookstores have one huge advantage: Normally you get the book you want straight away, not a couple of days later. And nearly every bookstore has an online shop as well. 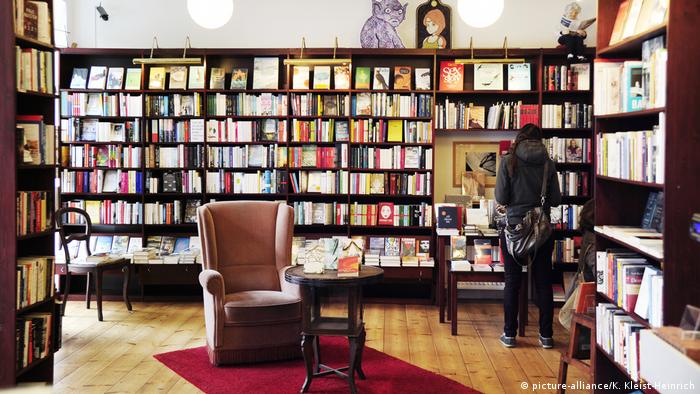 The market for e-books grew massively in 2018, almost 13 percent. Is digitalization a danger for the stationary bookstore?

E-books aren't necessarily a threat to traditional booksellers. Of course it's relatively easy to download an e-book from the web, and even from the websites of bookstores. By buying from the site of a traditional store, you retain the customer service element; and that's a big plus over shopping purely online. It comes down to combining the advantages of the digital world with the advantages of shopping in a traditional store. That's an important thing for bookstores to do.

Are bookstores currently missing the big titles? Harry Potter or Elena Ferrante — do these books dramatically improve the bottom line? Or do people who buy books anyway steer away from the bestsellers and look for other titles?

The bestsellers definitely do boost turnover. But one can see an interesting development. Earlier, a title was called a bestseller if it sold 4, 5, or 600,000 copies. Nowadays, a book is a best-seller if 100,000 copies are sold. There aren't really so many titles that dominate the market in such a way any more. But we still need new best-sellers, to to push up turnover.

In the home of Goethe and the printing press, the digitalization and commercialization of the book market is seen as a threat. Paper books are celebrated - not least with a well-endowed prize for small bookstores. (31.08.2017)

The book branch is in a crisis as fewer people are reading print and younger generations are turning to their smartphone. A look at the facts that show developments in Germany's book industry. (11.01.2019)