The Frankfurt Book Fair offers five days filled with books, cultural events and discussions. Here's more about a literary train, the dreams we carry, a vigil for human rights — and 93 awards. 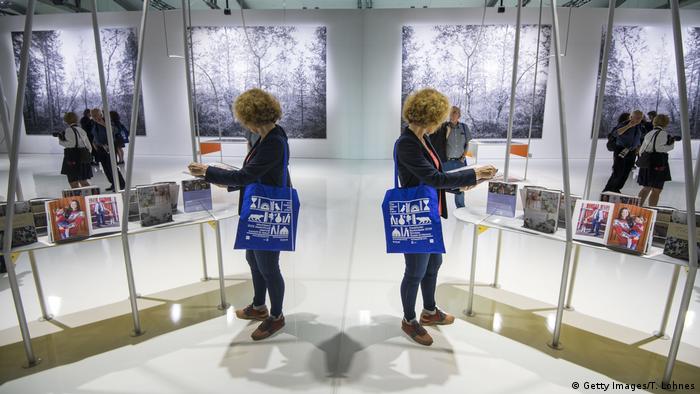 "The dream we carry" — With this motto, Norway presents itself as the guest country of this year's book fair. The words are taken from a poem by the popular Norwegian poet Olav H. Hauge (1908-1994). 510 Norwegian books have been published in German, with some appearing in book stores later this year. Erika Fatland and Karl Ove Knausgard were the literary speakers at the opening ceremony. In keeping with Norway's slogan, the country's pavilion is of minimalist design with mirrors suggesting wide open spaces for "the dream we carry."

Norway has won a very special ambassador for its literature. Crown Princess Mette-Marit came to the opening of the Frankfurt Book Fair by train, along with her husband, heir to the throne Haakon, and numerous Norwegian writers including Maja Lunde (The History of Bees), Herbjorg Wassmo (Dina's Book ) and Jostein Gaarder (Sophie's World). 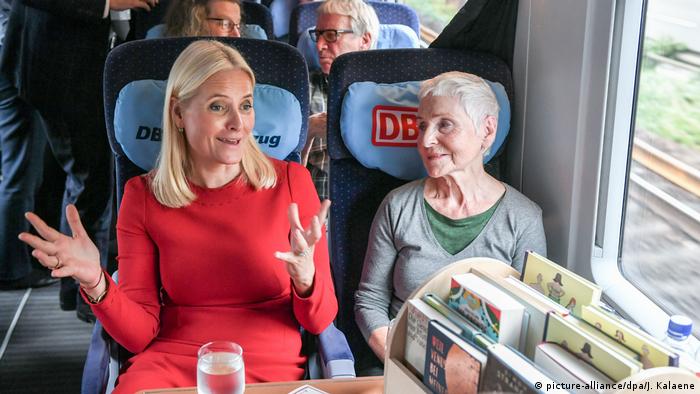 Five days after receiving the highest literary honor in the world, Olga Tokarczuk from Poland told the audience at the opening of the Frankfurt Book Fair how she felt when she heard about winning the Nobel Prize, in a car enroute from Berlin to Bielefeld: "I was completely unprepared and largely stunned, she said. She also commented on the political situation in her home country after the election, saying that "a kind of cultural war is raging in Poland at the moment." Tokarczuk will most likely face endless conversations and interview requests in the next few days. 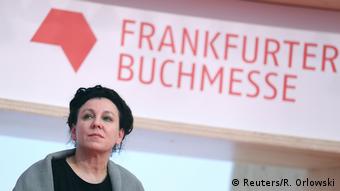 Strictly speaking, the German Book Prize isn't part of the Book Fair, but has for the past 15 years always been awarded the night before the fair opens. The shortlist authors and, of course, the prizewinner are among the stars of the fair. Sasa Stanisic received the 2019 award, and gave a highly political and touching speech at the award ceremony. He also spoke out vehemently against Peter Handke as winner of the Nobel Prize for Literature, arguing the Austrian writer arranges reality in a way that all that is left is lies. "That's not supposed to be literature," he said. A debate on whether the work should be separated from its author has been raging since before the actual start of the fair.

5. Gala of the stars

The Leipzig book Fair has been doing it for a while, and Frankfurt followed suit last year by offering events presenting authors at readings and performances outside of the fair. Booker Prize winner Margaret Atwood, Maja Lunde, Elif Shafak and Colson Whitehead, among others, are scheduled to read from their new works at the Book Festival; British bestselling author Ken Follett is set to present his "The Friendship Tour" campaign that takes a stand against Brexit, and Norway's crime thriller writer Jo Nesbo is expected to talk about "knives." 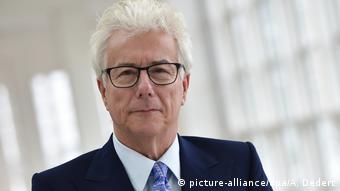 "The freedom of the word is the basis of our democracy and not negotiable," said Heinrich Riethmülle, the outgoing head of the German Publishers and Booksellers Association. As in previous years, the fair is committed to persecuted and imprisoned artists and members of the culture scene. "In many countries, authors, publishers and booksellers have to fear reprisals or are imprisoned if they exercise their right to freedom of expression," Riethmüller said, adding that it is unacceptable. Protest plans include a vigil for Hong Kong publisher and bookseller Gui Minhai, who was kidnapped four years ago by Beijing government agents and whose whereabouts are still unknown. Sunshine or rain, organizers hope many people with umbrellas will gather in the fair's "agora" central square on Thursday for that event.

"Create your Revolution" is the slogan the Book Fair has devised for people who "meet the challenges of our time with revolutionary ideas." Various organizations and media, including the United Nations, have joined the initiative. "The Arts+" has been part of the trade fair since 2016 and this year, artists and designers are joining the presentation of revolutionary ideas. Live events, social media campaigns and video discussions are intended to intensify the global social discourse. Via video, Ai Weiwei will be part of a discussion with German journalist Nazan Gökdemir. 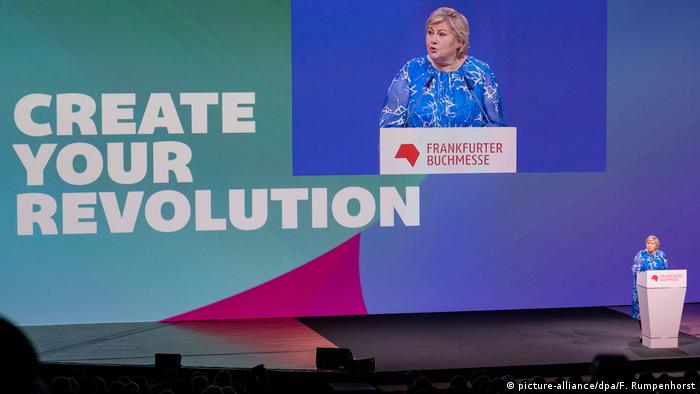 Is the Anthropocene, the age shaped by man, the last on earth? Microplastics, overfishing, soil sealing — none of these sound like topics people interested in literature would care for at a book fair. That is not the case, however, as the relationship between culture and nature is one of the main themes of the 2019 Book Fair. It is about artificial intelligence, man's relationship to nature, helplessness and hope concerning life with climate change and above all the question of how to create awareness.

A total of 93 prizes will be awarded at the Frankfurt Book Fair, spanning a huge variety from the likes of the Hessian students newspaper award to the GoldenRecord prize for an audio book. This year's Raif Badawi Award for courageous journalism goes to the intrepid Hanene Zbiss from Tunisia. An audience favorite: ten books from independent publishers are selected live and in public, and three of them are awarded prizes at the Hotlist awards ceremony. Even more important is the new publishing prize, which will be awarded for the first time on Friday.

10. Peace prize for a photographer 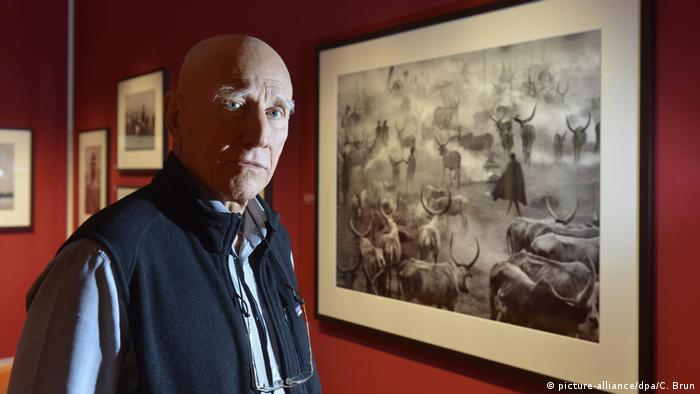 The most important prize, however, is the Peace Prize of the German Book Trade, which has been awarded by the German Publishers and Booksellers Association since 1950. On Sunday, October 20, the last day of the Book Fair, Sebastiao Salgado will be the first photographer to receive the award. With his pictures, the Brazilian tells stories from more than 120 countries, from gold diggers in the Amazon to the genocide in Rwanda and the signs of climate change.

Nothing could be cozier than snuggling up with a book on a rainy day, right? But more than 12% of adults in Germany can't enjoy that luxury. Many also struggle with writing a postcard or text message. (07.10.2019)

With Norway as the country of honor, more than a few Norwegian authors are in the spotlight at the world's largest trade fair for books. But a number of international bestselling writers are expected as well. (15.10.2019)

70 years of the Frankfurt Book Fair

Frankfurt can look back on a long tradition as a city of books. After the Second World War, the first book fair in autumn 1949 also stood for an intellectual new beginning. (14.10.2019)