How the cancellation of the Leipzig Book Fair affects publishers | Culture | Arts, music and lifestyle reporting from Germany | DW | 06.03.2020

How the cancellation of the Leipzig Book Fair affects publishers

The major spring meeting of the book industry in Leipzig is not taking place, and an alternative date is not in sight. It's a heavy blow for publishers, authors and the public — and not just a financial loss. 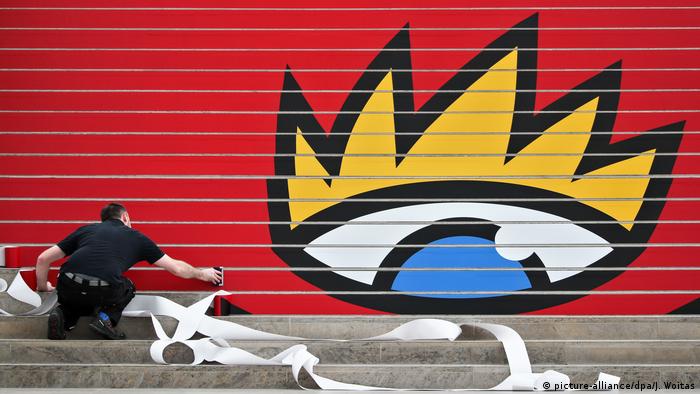 Germany's literary highlight of the spring, the Leipzig Book Fair, has been cancelled. That means that Manga-Comic-Con, Lesefest Leipzig and the 26th Leipzig Antiquarian Book Fair, for which around 50 exhibitors from Germany, Great Britain, Italy, the Netherlands, Austria and Poland had registered, will also not occur.

Instead, the Leipzig Book Fair, which was to run from March 12-15 and expected to draw 2,500 exhibitors and around 280,000 people, will have to reschedule. Thousands of trips and hotel rooms have to be cancelled. "The cancellation is bitter for us and for the entire book industry", said Oliver Zille, director of the Leipzig Book Fair.

All that is certain so far is that the next Leipzig Book Fair will not be held until March 2021. Unlike the world's biggest children's book fair in Bologna, which was initially postponed by six weeks, it didn't make sense to look for an alternative date in Leipzig.

Who pays for costs already incurred? Many exhibitors are at least relieved that the cancellation has not come at the last minute. "It is clear that many costs have already been incurred, but in this extraordinary situation, we will certainly not be squabbling over euros; we have to talk to each other now. The great imperative of the hour is goodwill — especially against the backdrop of the health hazard," said Britta Kierdorf, spokeswoman for the publishing house ArsEdition.

Economic damage due to lack of attention

"For the independent publishers, the cancellation is a disaster — even though we understand the necessity," said Britta Jürgs, chairwoman of the Kurt Wolff Foundation, which represents the interests of independent German publishers. "In Leipzig, we always have a very large forum and a very great deal of attention. The cancellation means economic losses."

But the fact that books will not be sold is not only the central matter. "It is above all the issue that our books and authors will not draw the attention they need. It's hard to make up for that and it means a big loss economically, too." 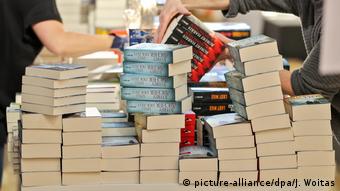 What to do with all the books? This was to be the first year when books were to be sold directly at the fair

Many book fans have already recognized this and have launched a campaign for smaller publishers on the internet. On Twitter, book lovers have eagerly been posting reading tips, particularly for books by independent publishers, under the hashtag #bücherhamstern — "book hamstering," in reference to the German term "hamsterkauf" used to describe some consumers' current behavior. The hashtag was spread by the Phantastik Autoren Netzwerk (PAN) since "small publishing houses normally make a considerable turnover at the Leipzig Book Fair," said PAN board chair Diana Menschig.

Events beyond the fair

For many smaller publishers, the main concern now is to rescue what they can. That is why other events are still scheduled to take place, such as the Kurt Wolff Foundation's major evening reading event on Saturday with 18 authors from Germany, Austria and Switzerland. Further readings are also planned in cities such as Berlin, Munich and Cologne, where the major literature festival Lit.Cologne is still taking place as planned from March 10-21.

Publishers and authors on the net

Other publishers are moving some of their trade fair activities to online. Publishing house Carlsen Verlag, for example, is launching an online campaign on its website for the days during which the now cancelled trade fair was supposed to take place. Under the hashtag #LeidernichtLeipzig (unfortunately not Leipzig), readers get the chance "to meet some of the authors and explore subjects, at least virtually, that unfortunately cannot be experienced in Leipzig at the moment."

"Let us take the Leipzig Book Fair home to the readers," wrote author Karl-Ludwig von Wendt. Writing on Bookbytes, the digital blog of the book industry's specialist publication Börsenblatt, he suggests offering readings via live streams, which could include live chats. The author and entrepreneur can also envision a special edition of the magazine entitled Leipzig Book Fair at Home.

Major damage for the book industry

Even the large publishing houses have worked long and hard, now for nothing due to the cancellation. They have to reorient themselves. "We were in the middle of discussing whether to go to the fair when the official cancellation came," company spokeswoman Rebecca Klöber for publishing group Random House told DW. "We think the decision was the right one, but of course we think it's a great, great pity that it had to happen." The costs of the cancellation cannot yet be predicted. The various Random House publishers are still discussing alternative events with the authors originally invited. 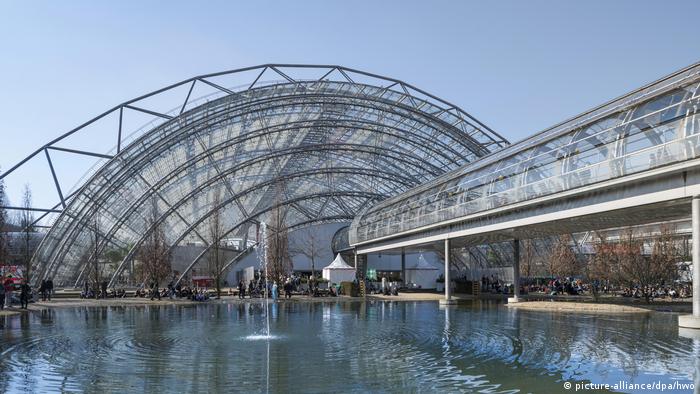 The damage is not so dramatic for long-established Reclam publishing house, said marketing and sales manager Karl-Heinz Fallbacher. "Overall, however, I believe the damage to the book industry is great." Leipzig has always been a trade fair that provided  great advertising for books and reading. "It's a great pity that we can't take advantage of this  this year."

The main negative economic impact is the personnel costs for months of preparation, but the real loss is the lack of interaction with customers, and in Reclam's case, with pupils, students or teachers.

Wanted: A framework for the awarding of prizes

Among the highlights of the book fair are the many awards, the most important of which is the Leipzig Book Prize for European Understanding, normally presented at the opening ceremony. This year, the Hungarian essayist, art theorist, literary critic and translator Laszlo Foldenyi will be honored for his book Melancholy.

On Friday, organizers of the Leipzig Book Fair Prize, an award endowed with €60,000 ($67,800), said that the winners will be revealed during a radio program by public broadcaster Deutschlandfunk Kultur. It is the first time that the ceremony for the award created in 2005 is not held publicly.

Be it Berlin, Paris or Geneva — trade fairs across industries have been called off in the past few weeks due to the coronavirus scare. Now those who've incurred losses are asking who will compensate them. (05.03.2020)

A German industry body has said that coronavirus poses the biggest risk to the country's teetering economy. All the latest from DW here. (05.03.2020)