The mass murder of Polish intellectuals — and the German Nazis who got away with it | Europe | News and current affairs from around the continent | DW | 13.10.2019

By the time Wladyslaw Bielinski's remains were discovered in a mass grave, one of the perpetrators, Jakob Lölgen, was returning to Germany as a respected citizen. He was never punished for his actions in Poland. 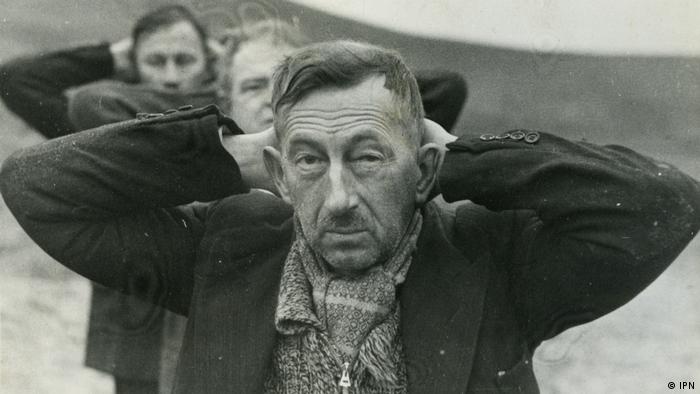 Wladyslaw Bielinski shortly before he was executed by German Nazis

Maria chose the warmest sweater, the one with a zipper and collar. She was afraid that Wladyslaw would get cold, as the autumn temperatures in Poland were dropping. She approached the Bydgoszcz barrack fence on Danziger Street, which the Germans had renamed Adolf Hitler Street. She gave her husband the clothes, they exchanged a few words. There was no time for more. The guards of the internment camp, that had been set up by the Germans, quickly chased away the imprisoned grade school teacher's family. It was October 31, 1939.

Eight years later Maria looked at the sweater covered with clay. She recognized the jacket. She knew it was Wladyslaw's. His body was recovered from a grave together with those of other victims. Only 40 of the 350 murdered could be identified.

A black and white photo

Wladyslaw Bielinski's relatives were not made aware of his fate when the war ended. That was until they came across a photo showing the moments before his death.

In the black and white photo, Bielinski is standing with his hands crossed behind his head. He is wearing the sweater Maria brought him and a jacket. Two more men can be seen behind him. They were all killed by shots to the head. The Germans buried them in trenches in the Bydgoszcz district of Fordon, later called the Valley of Death. It happened on November 1, 1939.

"My grandmother knew my grandfather was dead only when she saw him in the picture. The Germans wouldn't tell her where he was buried. They lied that he had been taken back to Germany to work. I have known this last photo of my grandfather since I was a child. It is tragic, shocking. Even now, it still makes me feel very emotional because it shows the face of a man who knows what is about to happen to him," says Wladyslaw's grandson, Marek Bielinski, a professor at Bydgoszcz's University of Technology and Biosciences.

While Wladyslaw's family was mourning him, the internment camp tribunal in Recklinghausen, West Germany, was dealing with Jakob Lölgen, a 50-year-old officer with the German secret police, or Gestapo, and was fined 2000 Marks for his membership.

But he did not have to pay anything because his one-year internment was considered sufficient punishment. The provisional tribunal, supervised by the Allied occupying powers, did not know that it was Lölgen who had sent Wladyslaw and more than 300 other innocent inhabitants of Bydgoszcz to their deaths. 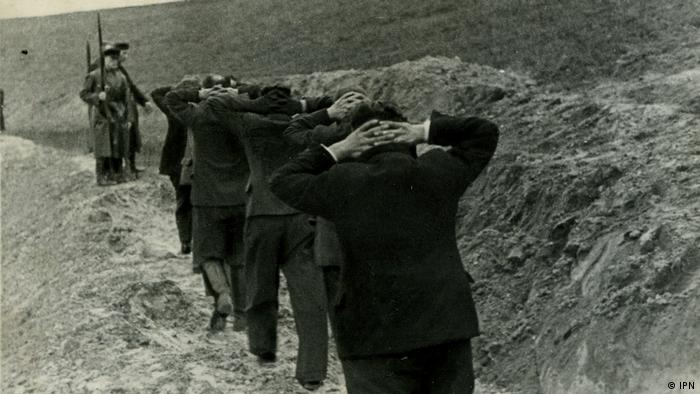 'Intelligentsia action': Polish civilians on their way to being executed

In 1938 Lölgen was sent to Gdansk as a Gestapo criminal councilor. In September the following year, he was sent to Bydgoszcz. He became commander of the local task force, unit 16, whose role was to persecute and kill the local ruling classes.

The leaders of the Third Reich wanted to wipe out Poland's intellectual class. They knew the elite would stop the regime from seizing complete control of  the country and prevent them from turning Poles into slaves in service of the German "master race." This meant that from the first days of the war, scientists, teachers, lawyers, doctors and civil servants were killed in occupied Poland as part of the so-called intelligentsia action. It is estimated that around 60,000 people were murdered in the first months of the war.

Unit 16, led by Lölgen in Bydgoszcz, is responsible for the deaths of 349 people. Lölgen stated this number in his reports. In one, he wrote about the period from 22 to 29 October: "The action initiated against the Polish intelligentsia is as good as completed. Over the last week, 250 people from the Polish intelligentsia, and those who stood out as German haters and agitators against the Germans, have been liquidated."

After the war, Lölgen returned to Germany and was de-Nazified in December 1949. He resumed work with the police. He became head of the criminal investigation department in Trier, Rhineland-Palatinate, and remained in office until March 1957. He retired at the age of 60.

Lölgen spent the last years of his life in a retirement home in Brühl near Bonn, where he died on August 5, 1980.

In the mid-1960s, the judiciary of the Federal Republic of Germany initiated legal proceedings in Munich against Lölgen and an associate from the Bydgoszcz period, Horst Eichler. They were accused of aiding and abetting the murder of 349 Poles.

Lölgen claimed that he had not wanted to take part in the operation in Bydgoszcz and that he had repeatedly asked his superior, Rudolf Tröger, to send him to Danzig or to the front. Tröger had refused. In one of these conversations, Tröger had allegedly said that Lölgen would be sent to a concentration camp if he did not follow instructions. 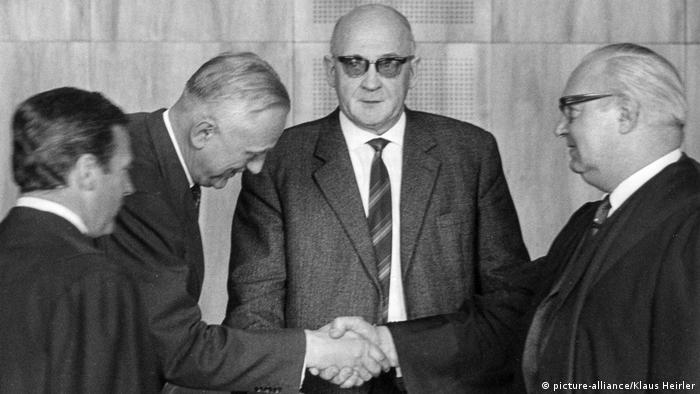 Lölgen admitted that he knew that the victims were shot without trial or conviction. He claimed, however, that he never once participated in the executions and that the decision as to who should be killed was made by Tröger; Lölgen said he was only passing along orders. The court in Munich found there was not sufficient evidence presented to refute the version. On April 1, 1966, Lölgen was acquitted.

Dieter Schenk, author of important publications on German crimes against Poland, calls this a disgrace to the judiciary. Referring to the findings by the State Justice Administration for the Investigation of National Socialist Crimes in Ludwigsburg, Schenk said he doubts Lölgen would have been in danger if he had refused to follow the orders.

"I found him to be very warm-hearted, he always made jokes, I always felt comfortable when I was with him," says Lölgen's grandson.

"When I was little, we played a game with our hands where one of us would lay one hand on top of the other person's hand, then the other one would put his other hand top and so on until, with a lot of shouting and laughter, the tower would get dissolved."

He asks that we not include his real name in our story, which is why he is referred to as Andreas. "You don't want to be associated with it, not in Germany and not anywhere else either," he explains.

Andreas recently started to focus on his grandfather's biography, a person who, in his eyes, was always just his dear grandfather. "In the beginning, I was shocked. I tried to understand what was meant by "superior orders." That was the legal structure that a lot of people in court referred to. I tried to understand whether refusing an order actually posed a danger to life and limb. What was the situation back then? What influence did it have on a person? I think I tried to find excuses for him. But the facts were clear."

Andreas knows the verdict for his grandfather could end differently if he was on trial today.

"I am fully aware of the fact that the judges of that time were themselves people with a Nazi past."

This report is part of the series "Guilt Without Atonement" — a project by DW-Polish with Interia and Wirtualna Polska.

At an event marking the 75th anniversary of the Warsaw Uprising, Germany has recognized its moral responsibility for Nazi wartime atrocities in Poland. But Foreign Minister Heiko Maas ruled out financial reparations. (01.08.2019)

To this day, German-Polish ties are haunted by the events of World War II. The invasion of Poland cast a long shadow, as demonstrated by current demands for reparations and plans to erect a memorial to Polish victims. (01.09.2019)