President Bashar al-Assad's troops are closing in on the rebel forces holed up in Syria's largest city. Their situation seems hopeless. A military victory alone will do little to pacify the country. 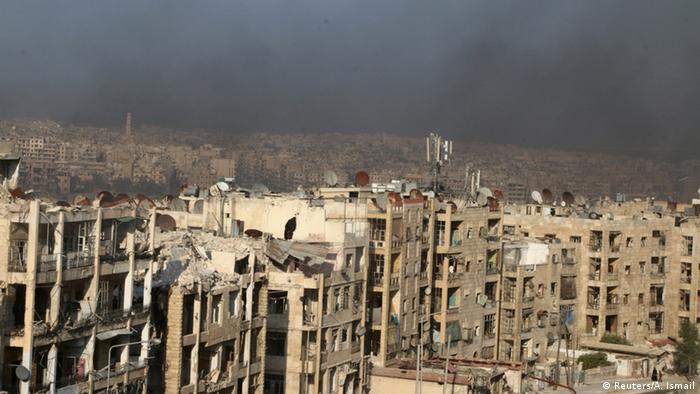 The assault ended after just a few days. Over the weekend, Islamist-led rebels attempted to breach the siege ring set up by Assad's government troops around the city of Aleppo. At first, they appeared successful, taking control of a number of strategically important positions. Nevertheless, on Wednesday came news that government troops had recaptured those positions and had run off the jihadis.

The defeat will most likely have sealed their fate. "This battle is the rebels' last chance," said Rami Abdel Rahman before fighting began. Abdel Rahman is director of the London-based "Syrian Observatory for Human Rights." He added, "If the rebels lose this battle it will be difficult for them to launch another attack."

Airstrikes through the night

The commanders of President Assad's troops seem to be aware of Aleppo's strategic importance as well. They attacked their opponents with all their might. Syrian as well as Russian military aircraft were involved in the fighting. "Airstrikes and bombardments went on all night and into Tuesday morning," an eyewitness told the newspaper "Al-Araby Al-Jadeed."

Planes attacked several neighborhoods in the city. Their continuous fire delivered air support for ground troops - 5,000 in all - which included fighters from the Syrian army, Iran and the Lebanese militant group Hezbollah. Some 50 jihadis were killed in the battle, and numerous government troops died as well. 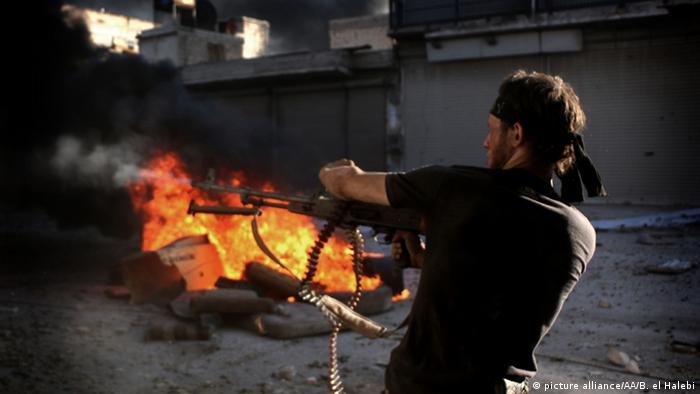 A member of the opposition Jaish al-Fatah forces

Reports of chemical weapons use made clear just how bitter the fighting is. After what seems to have been a Russian helicopter was shot down with its five-man crew in the province of Idlib, government troops are said to have launched chemical weapons attacks there. That is certainly conceivable, Christoph Reuter, Middle East correspondent for the German news magazine "Spiegel," told DW. "Attacks have taken place there for years, yet the media has not reported on them. I have contacts in practically every city in Syria. There have been a lot of attacks, sometimes repeated attacks on the same positions. Most are not reported in the media."

Reuter also thinks Assad's Russian allies are only halfheartedly engaged in these battles. He presumes that Moscow initially figured that it could exert great influence over Assad and push him to moderation. But this calculation has proven to be false. "They have gotten themselves into a situation unlike the one they imagined. They did not expect that Assad would reject all transitional solutions and every sign of reconciliation." There have indeed been a great number of local ceasefire agreements between Assad and his adversaries, "yet none of them really had anything to do with reconciliation."

Civilians are suffering most from the violence. Some 400,000 people not involved in the fighting are still in the city. The Assad government sent several aid transports into the city before the battle began; however, it is unlikely that it will have been enough: Food was already in very short supply when the offensive got underway in early July. A Syrian father told Al-Araby Al-Jadeed that he could not even find a kilo of tomatoes. He said that he and his wife could do without food for a while, but that he was worried about his six-year-old son.

The establishment of an escape corridor for civilians trapped in Aleppo is also causing problems. Whereas women and children can pass with no problem, it can be difficult for men: They are all generally suspected of being members of jihadi groups that are attempting to blend in with civilians in order to avoid having to fight further. They must therefore undergo identity checks. Whoever is unable to clearly prove that he was not fighting with the jihadis may well be viewed as an enemy fighter by government troops. 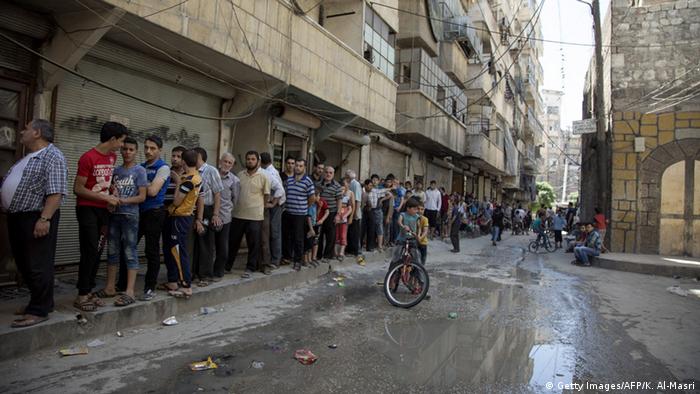 It is also unclear how things will evolve over the coming days and weeks. The London-based Arab newspaper "Asharq Al-Awsat" writes that the time has come for a new diplomatic offensive. "The fighting will have serious consequences in the region and also in the West. Death tolls will be high and religious hatred and terrorism will only increase."

Meanwhile, Russia and the USA are preparing another round of talks in Geneva that are to be attended by envoys representing all parties directly and indirectly involved in the war. The conference is to take place in a few weeks. The time that will pass until that day will benefit the Assad regime more than anyone else. A number of other things seem to be going his way of late as well. One can rest assured that he will, in his own way, know just how to use this advantage to serve his own ends.