The joys and woes of Germany and the ESC

What hasn't Germany tried yet in an effort to succeed at the Eurovision Song Contest? Take a look back at past decades, and you'll see there's no clear recipe for success.

The grand era of German Schlager - folk pop - is long past, as is the heyday of hit manufacturer Ralph Siegel. The composer and producer equipped several German ESC candidates with songs, and many of them scored well to superb. Siegel's biggest success was the ESC victory with Nicole and "Ein bisschen Frieden" (1982). But the longer Siegel kept at it, the worse the results - until he was finally bumped aside.

TV entertainer Stefan Raab first intervened in 1998. Having placed a number of wacky songs in the charts, he wrote "Guildo hat euch lieb" (Guildo Loves You) under the pseudonym Alf Igel (!) for a certain German singer by the name of Guildo Horn, a freak in a flouncy shirt and silken cloak, long, unwashed locks and a band that named itself The Orthopedic Stockings. 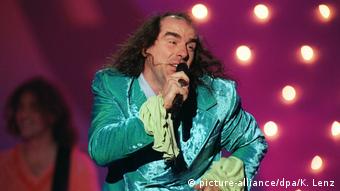 Gaga rather than Schlager: Guildo Horn brings a gust of fresh (?) air in 1998

Guildo Horn performed at the ESC in Birmingham, and his ridiculously harmless song took seventh place. Ralph Siegel was humiliated.

A year later, he was back in charge though. With his multi-cultural group Sürpriz, he scored third place and showed everybody what he could still do.

But 2000 was another Stefan Raab year. This time, he wasn't in the background, but front and center, sporting a golden glittery suit and another corny song. "Wadde hadde dudde da?" made it to fifth place. 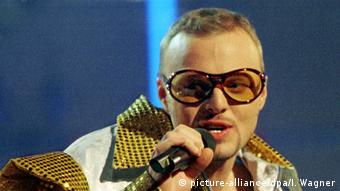 Raab was also the one to come up with a new concept for the German nationals in 2004: a casting show where completely unknown singers vied for the top honor.

With participation of a jury assembled by Raab, the audience chose singer Max Mutzke, a modest guy with a wonderful soul voice and a soul ballad composed by Raab that is still remembered today. Unfortunately, Mutzke only made it to number eight. 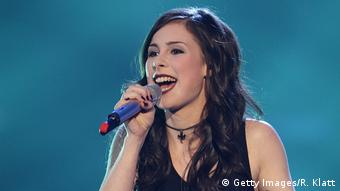 The show "Unser Star für Oslo" (Our Star for Oslo) in 2010 was Raab's greatest coup. In eight televized events, 20 contestants had to prove their game.

In the end, Lena Meyer-Landrut, just 17 years old, convinced both viewers and the jury. Then, in Oslo she scored a landslide victory for Germany, the first time the country had won since Nicole had back in 1982.

Lena became a pop star and still is one today. Her second entry as ESC candidate took her to 10th place in 2011. With that, Stefan Raab had achieved his personal goal and bade farewell to the song contest.

One retired, the other restless

He re-emerged in 2017 though, if only in the background: Raab's company was the producer of the German national competition. It was won by Levina, a talented singer of almost uncanny professionalism. One might have wished her a better song though, maybe one composed by Stefan Raab. But he's staying in retirement. 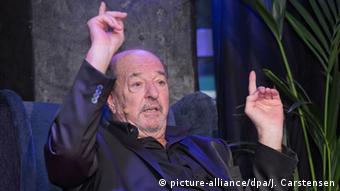 Ralph Siegel, meanwhile, has been churning out hits for contenders from the tiny country of San Marino. Whomever he writes for, they seldom make it past the semifinals, however.

In 2017 he's sending the duo Valentina Monetta and Jimmie Wilson to Kyiv. It's the music dinosaur's 25th entry in 45 years. And that's how his songs sound, too - not quite up to date.

In an evening of strong entries and difficult choices at the first Eurovision semifinal in Kyiv, eight acts were nixed and 10 sent on to the finale on Saturday. (10.05.2017)

Levina wants to win 12 points for Germany at the Eurovision Song Contest in Kyiv. As a new PopXport moderator, she gives an exclusive performance of her ESC song "Perfect Life" on our show. (03.05.2017)