In an evening of strong entries and difficult choices at the first Eurovision semifinal in Kyiv, eight acts were nixed and 10 sent on to the finale on Saturday. 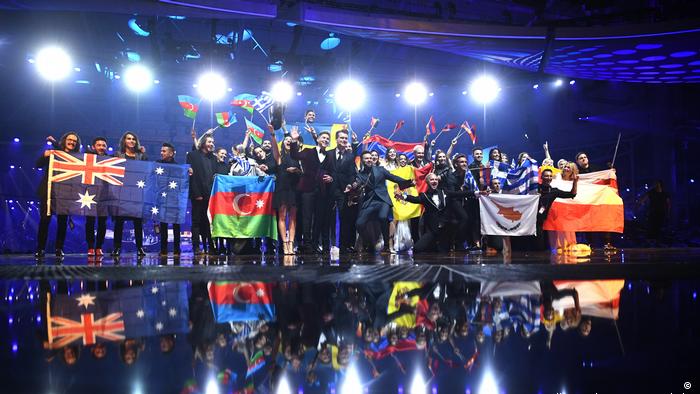 A number of this year's favorites performed in the first semifinal in Kyiv on Tuesday evening. Qualifying for the final round on Saturday were Sweden, Belgium, Cyprus, Portugal, Poland, Armenia, Azerbaijan, Moldova, Australia and Greece. Failing to take the hurdle were Iceland, the Czech Republic, Albania, Slovenia, Montenegro, Latvia, Georgia and Finland.

The acts earned scores based on points awarded by national juries the evening before and televoting during the live broadcast. While votes were being counted, Ukranian singer Jamala performed a special version of last year's winning song, "1944," and another Ukranian ESC winner, Ruslana, appeared as well.

Breaking with Eurovision tradition, this year's entries include not a single freak show or content of deliberately poor taste, just contenders who all seem to take the contest very seriously and a number of entries that are arguably as strong as past ESC winners. 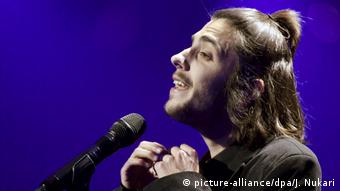 The show and the audience mood gave no indication that this 62nd Eurovision Song Contest is taking place in a country where a war is going on. The only reflection of Ukraine's ongoing conflict with Russia is the latter country's absence.

Russia is boycotting the event after Ukraine prevented its contestant from entering the country, due to her past illegal stay in Russia-annexed Crimea. For politicizing the contest, both Ukraine and Russia may be penalized by the European Broadcasting Union (EBU), which hosts the event, including a possible exclusion from future competitions.

One of the surprises of the evening was the qualification of Isaiah from Australia, who gave a strong but not flawless rendition of the song "Don't Come Easy." At age 17, the singer has already racked up chart successes in Europe.

Isaiah, who comes from a family of 12 children, is the first Aboriginal Australian to represent his country at the contest. This is the third year that Australia has participated, and each time it has qualified for the final.

An infectious combination of dance beats, violin and sax put Moldova's SunStroke Project over the top. The group has already earned considerable recognition through a 10-hour clip of group member Epic Sax Guy, which was posted on the internet in 2010 and yielded 26 million views. Their ESC song "Hey, Mamma!," a serenade to a mother-in-law, is pure fun and has a nice beat. Whether immodest or ironic, the group's statement stands: "We are world champions in performing arts and we are the most funny people in the world!" The song certainly has plenty of good cheer. Ethno and electronic are a potent mix in Armenia's entry

Those who follow Eurovision for the music and not the spectacle will be pleased by the success of Belgium and Portugal. Belgium's Blanche sang the chilling indie number "City Lights" as though something were truly at stake, and Salvador Sobral of Portugal's rendition of the love ballad "Amar Pelos Dois" was soft and tender, yet jarringly edgy and probably the most distinctive among this year's entries. The song's title translates to "Love for Two" and was written by the singer's sister, Luísa Sobral.

Disappointing to many was the non-success of arguably the evening's most proficient vocal artist, Martina Barta from the Czech Republic. Many will be sad that this was the last airing of her beautifully sculpted vocal lines in the song "My Turn." Also dropping out was Finland's dreamy entry "Blackbird" as performed by the duo Norma John. A duo for 15 years, singer Leena Tirronen and pianist Lasse Piirainen entered the ESC finals in Finland on a fluke. Now many across Europe will want to hear more from them, even though they've now fallen out of contention in the immediate race. 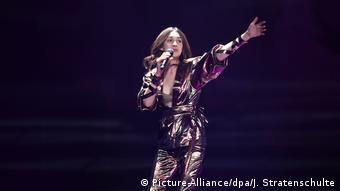 Jazz vocalist per excellence: Martina Barta of the Czech Republic

Going on to the final round are Demy from Greece, a former law student who will have another chance to perform "This Is Love," and Artsvik of Armenia with "Fly With Me," a mix of electro and ethno with elaborate pyrotechnics and other stage effects.

Azerbaijan, which has never missed the final, qualifies this year as well with the song "Skeletons" rendered by Dihaj, one of this year's many solo female acts. Also qualifying are Hovig Demirjian from Cyprus, although his song "Gravity" recycles several stage effects from previous years. A powerful rock ballad in James Bond film style and a stage presentation complete with doves is delivered by Poland's Kasia Moś in "Flashlight." 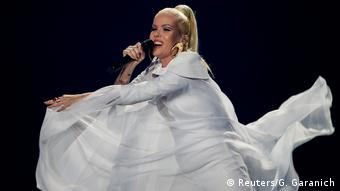 Iceland's Svala has been in show business since she was 7, so this is not the end of the line for her

Finally, Sweden. That country not making it to the final would seem unfathomable, and true to form, Robin Bengtsson took his country to the next level, although the title of his song, "I Can't Go On," seems to suggest the opposite. Signing his first record contract at age 17, the suit-clad Bengtsson resembles a model or a banker, and the refrain of his song has enough repetitions to stick in memory. One of the songwriters in this instance has written for the Backstreet Boys and Britney Spears - and one hears it.

The five largest contributors to the EBU - Germany, France, Great Britain, Spain and Italy - will automatically be included in the final and thus do not perform in the semifinals.

The second semifinal will be held in Kyiv on Thursday and the final on Saturday.

Levina wants to win 12 points for Germany at the Eurovision Song Contest in Kyiv. As a new PopXport moderator, she gives an exclusive performance of her ESC song "Perfect Life" on our show. (03.05.2017)

Members of the Ukrainian band Kalush Orchestra have been given special permission to leave the country to take part in the 2022 Eurovision Song Contest. The musicians want to use the high-profile event to remind people of the war in Ukraine.