The future of nuclear power in Europe | Environment | All topics from climate change to conservation | DW | 25.04.2013

The future of nuclear power in Europe

As Europe marks the 27th anniversary of the Chernobyl disaster, DW examines attitudes towards nuclear power across the bloc. Some EU nations are phasing nuclear out while others are eager to build new reactors. 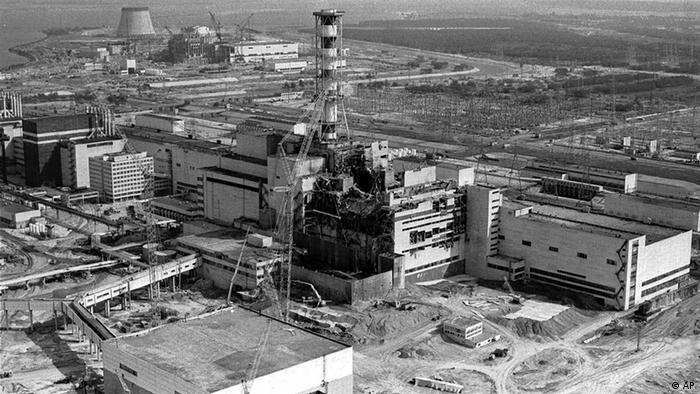 In the early hours of April 26, 1986, engineers at the Chernobyl nuclear power plant were conducting a systems test at one of the reactors. There was a sudden power surge and then a series of explosions, which released radioactive particles into the atmosphere.

The radioactive cloud spread out over the Soviet Union. Particles were blown across Finland, Sweden, Denmark, Germany and many other countries. It was the worst nuclear accident the world has ever seen.

Another accident, just two years ago at the Fukushima Daiichi nuclear power plant in Japan, is perhaps fresher in European memory. It prompted Germany to commit to a complete phase out of nuclear power by 2022. But at the same time, Britain and Slovakia are investing in the consturction of new reactors.

In an energy hungry era, Europe is divided on nuclear power.

The legacy of Chernobyl continues to shape victims' lives

The world's worst nuclear accident occurred 25 years ago at Chernobyl. While some Ukrainians have built a business out of the exclusion zone around the plant, others can't forget how the disaster shaped their lives. (25.04.2011)

On the anniversary of the world's worst nuclear disaster, Ukraine began work on a containment unit for the damaged Chernobyl reactor. The shelter will allow experts to clean up radioactive material in the reactor. (26.04.2012)

The existing sarcophagus on the Chernobyl nuclear power station has long been insecure. Now a new coffin is intended to ensure that the reactor remains safe for centuries. (25.04.2012)

Despite past disasters leading to rejection of nuclear power in many countries, Slovakia is investing billions in new reactors. While its neighbors are nervous, Slovaks are barely raising a murmur of protest. (25.04.2013)

When it comes to nuclear energy, Europe's policy is anything but unified. Individual countries are charting their own course - particularly Britain, where government plans include nuclear as an energy source. (27.02.2013)

Some 6.5 million voters have the option to weigh in on a referendum about expanding atomic energy in Bulgaria. Observers see the potential for a power play between the country's two biggest parties. (25.01.2013)

Lithuania is set for parliamentary elections and a referendum on whether to build a new nuclear power plant. But even if the Lithuanians vote against the plant, it may not make a difference. (12.10.2012)

Renewable energy sources are booming in Germany, and electric utilities exported more power in 2012 than ever before. But energy experts warn that what sounds like progress has its downsides. (11.11.2012)

1986 Chernobyl clips from interviews with Dr. R Gale and B. Semjonov

Victims from the Chernobyl nuclear disaster