Lithuanians set to vote on new nuclear plant | Europe | News and current affairs from around the continent | DW | 12.10.2012

Lithuania is set for parliamentary elections and a referendum on whether to build a new nuclear power plant. But even if the Lithuanians vote against the plant, it may not make a difference. 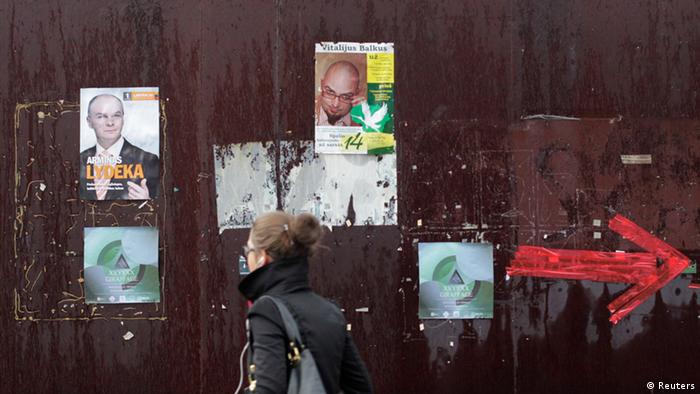 On Sunday Lithuania will be voting to elect new members of the Seimas, its unicameral parliament, as well as on a referendum on whether to build a new nuclear power plant near the city of Visaginas - something that was a major issue in the election campaign.

Most parties are in favor of a new plant. However, this past summer, most Social Democrats spoke out against the plans. According to opinion polls, the Social Democrats and the Labor Party will win the vote. The governing Christian Democrats would then have to go into the opposition.

But regardless of how the vote and the referendum turn out, observers say the future of nuclear energy in Lithuania will be resolved quickly, and that a new plant will be built. The only plant currently existing was in commission from 1983 to 2009, built in Soviet times near the city of Ignalia. Brussels demanded that it be decommissioned - on security grounds - as part of Lithuania's EU accession bid.

According to a poll conducted this June by the Vilmorus market research center, around 62 percent of Lithuanians are against construction of the plant near Visaginas. Only 22 percent said they were for it, and 16 percent were undecided. 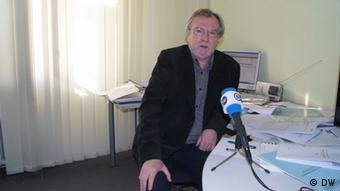 The majority of Lithuanians thus appear to be against a return to nuclear power. Three years ago, the situation looked different. Back then, around 59 percent were in favor of building a new plant, and 21 percent opposed.

The change in opinion is not based on any fear of nuclear power, according to the Lithuanian sociologist Vladas Gaidys, who heads Vilmorus. Rather, the main reason is economic - citizens fear that the state would be forced to take out loans that would ultimately fall to the taxpayer. "Lithuanians see debt as something horrible," Gaidys told DW.

Rimantas Vaitkus, future director of the proposed plant in Visaginas, asserted that the country definitely needs a nuclear power plant, since it doesn't have its own competitive means of producing electricity. Vaitkus told DW that Lithuania is the record-holding importer of electricity within the EU. In addition, the country is dependent on gas and electricity from Russia.

Supporters of the new plant are out to change this. "We are fighting for energy independence," explained the head of the parliamentary energy commission, Rokas Zilinskas, in a Seimas session at the end of September.

Tomas Tomilinas, of the Union of Greens and Farmers of Lithuania, said that in promoting the project, the Lithuanian government's struggle would be directed against its own people - by forcing "Fukushima reactors" upon them. Japanese technology conglomerate Hitachi is an industrial partner of the 5-billion-euro project.

According to the Lithuanian Greens, the government should be looking into alternative energy sources. The use of biomass energy alone, for instance, could create at least 30,000 new jobs, Tomilinas told DW. 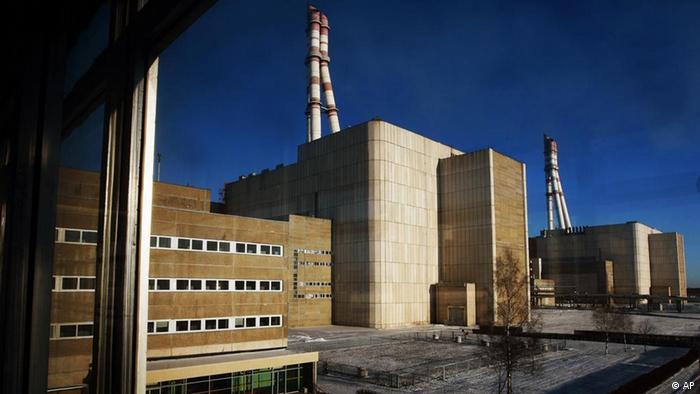 In light of the current mood in Lithuania, one could assume that the upcoming referendum will make a clear statement about the future of nuclear energy in the country.

Yet it's not that simple.

To begin with, in order to be valid, more than half of the population's registered voters would have to take part. It's not clear whether this will be the case. Additionally, when the parliament gave the green light for the vote, it decided to make it non-binding.

Vladas Gaidys called this absurd. "The people will vote against the construction of this plant. And what happens then?," the sociologist asked.

Observers say that regardless of the results, the Social Democrats could change their minds and approve the new nuclear plant. Lithuanian political expert Lauras Bielinis said that in this way, the government could - in a completely legal way - override the majority opinion.

A new leftist governing coalition could rework the nuclear project and get new partners on board, Bielinis concluded.

European stress tests on nuclear power plants in the EU have identified room for improvement at almost all the bloc's reactors. Yet Energy Commissioner Günther Oettinger described the overall situation as "satisfactory." (01.10.2012)