Despite past disasters leading to rejection of nuclear power in many countries, Slovakia is investing billions in new reactors. While its neighbors are nervous, Slovaks are barely raising a murmur of protest. 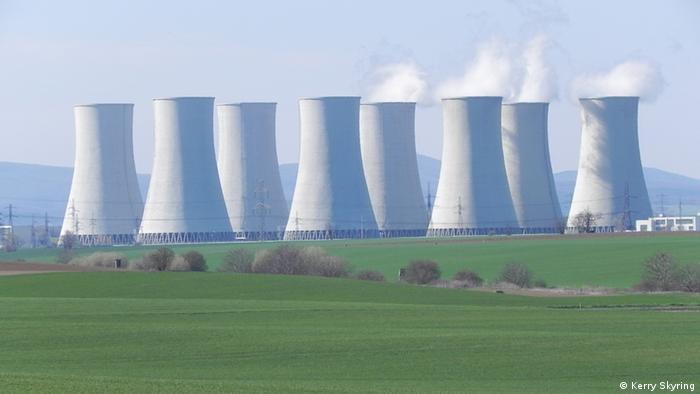 Reactors of the Bohunice Nuclear Plant

As the Fukushima nuclear accident in Japan triggered a wave of opposition to nuclear energy, many countries put plans for new reactors on ice, while others, including Germany, decided to phase out nuclear power altogether. But the reaction is far from universal.

In Slovakia, a country of just over 5 million people with four nuclear reactors currently in service, two new reactors are due to come online in the next 12 months, while two more are in the early stages of planning.

"Slovakia does not have so much potential to develop renewable energy that would cover all its needs in the future," the state controlled nuclear energy company, JESS, wrote to DW, adding that the country has no alternative to nuclear power.

Around the village of Jaslovske Bohunice in northwest Slovakia, the land is rich and extensively farmed. Looming over this peaceful scene are the huge cooling towers of the local atomic power station. Dating back to the Soviet era, two of its reactors have been shut down while two are still running.

The green light has been given for a new and much bigger Bohunice facility, due for completion in 2025. There are reports that farmers have already agreed to sell their land for 100 euros ($130) per hectare, well above market value. 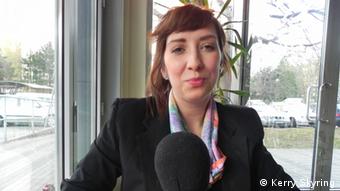 Zlatnanska is among the few Slovaks actively opposing the new reactors

There is fear about the nuclear plant, said Remo Cicutto, mayor of the town of Piestanyi, just 15 minutes from Bohunice. "I don't have a very good feeling about it," he said, and is one of the few locals urging caution over nuclear power.

Cicutto also chairs the association of local towns and villages around the nuclear power station, and has raised their concerns with the government in Bratislava. He said he aware there is strong support among the locals. "Of course, it's a big benefit, the building of the nuclear power station, and then further down the road more educated workers will be needed," he said.

Slovakia is no stranger to nuclear near-misses. At Bohunice in 1977, at which point it was part of Czechoslovakia, a refueling error caused an accident rated at 4 on the INES scale of nuclear events. By way of comparison, Three Mile Island was a 5. Although it was hushed up at the time, workers later revealed the accident came close to being a Chernobyl-scale disaster.

Slovakia also experienced the radioactive fallout from the Chernobyl accident in 1986.

Just two kilometres from the reactors, the village of Jaslovske Bohunice is well kept and more prosperous-looking than others in this part of Slovakia.

At the local bus stop, youths hung out with their skateboards. "This nuclear power station here in Jaroslav Bohunice is very big, it gives a lot of money to this village to improve it," said Erich, who grew up around here. He thinks a new and bigger Bohunice is a good idea, "because there will be a lot of workplaces for a lot of people from this region."

Erich's friend Maria agrees that new reactors will bring money and jobs - her father worked at the power station - but in the wake of the Fukushima disaster she said she also worries about safety.

Still, anti-nuclear protests are rare in Slovakia. "So far there has been so little discussion in Slovakia that there is no space for even any protests," said Andrea Zlatnanska from Greenpeace, one of the groups challenging the Slovak government's nuclear energy policies. 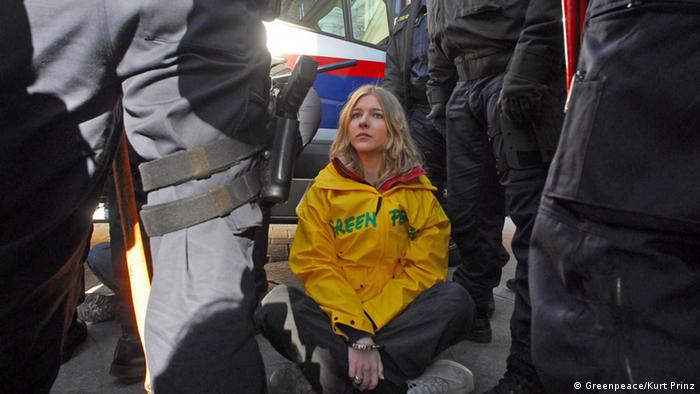 Zlatnanska said people from the region feel powerless, "They also think this is what feeds them and they feel like they have to trust the government, that the government is doing the right thing."

Zlatnanska said while there have been protests in Slovakia against the storage of nuclear waste, people don't really protest against the actual power plant.

"I don't think they see the connection," she said. But, she added, "if they don't stop the actual nuclear energy being produced there, they will not stop all the negative aspects coming to their region."

It's Austrians who are more likely to demonstrate against the nuclear plant expansion than Slovaks. Austria is strongly anti-nuclear, and Bohunice is just one hour's drive from its border and the government in Vienna misses no opportunity to complain to the government in Bratislava about safety standards.

Lack of information and debate about nuclear power - its costs and its dangers - also worries Cicutto. He said the main message from Bratislava is how much money the new Bohunice power station will bring to his region.

"I can't say if people are for or against, but we all live from this energy," he said, for example heating that comes from the cooling towers.

Those cooling towers dominate the landscape around Bohunice - and the reactions going on beneath them - dominate the lives of the people who live there. Inevitably, it's generated some dark humor. "We say in this village, when there will be some crash or accident … bomb … I don't know ... we will be the first to go," said Erich, laughing.

Jeta Xharra has long been been a thorn in the side of corrupt politicians. But as a mother of two babies, she’s embraced the role of environmental activist in trying to stop plans for a new coal-fired power plant. (07.03.2013)

Two years ago, Japan was hit by a devastating earthquake, tsunami and nuclear meltdown. The disaster shocked the world and brought Japan, one of the world's most advanced nations, to its knees. The recovery continues. (10.03.2013)

Energy set to be election issue in Germany