Jeta Xharra has long been been a thorn in the side of corrupt politicians. But as a mother of two babies, she’s embraced the role of environmental activist in trying to stop plans for a new coal-fired power plant. 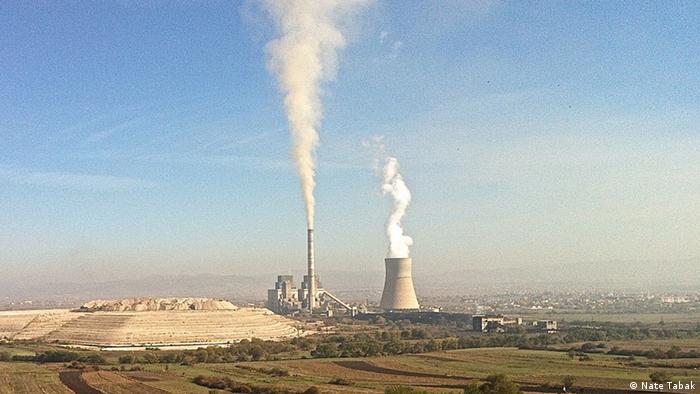 The smokestacks just outside Kosovo's capital, Pristina, symbolized progress during communist Yugoslavia. But as 35-year-old journalist Jeta Xharra drove by them on a recent Sunday afternoon, she simply remarked: "Smoke stacks full of pollution."

The power complex in Obilic, smack dab between the two coal plants known as "Kosovo A" and "Kosovo B," supplies the country with more than 95 percent of its electricity. The aging power plants runs off lignite, or brown coal. Kosovo has an estimated 14 billion metric tons of lignite - the fifth-largest reserve in the world.

From mother to activist

For Xharra, a prominent and highly respected journalist who's made a name for herself taking on corrupt government officials, those lignite-fired power plants are public enemy number one. 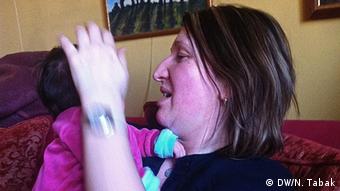 This winter, Xharra gave birth to her now 2-month-old daughter, Hana. She also has a two-year-old. "It makes me completely angry and helpless as a parent to know that no matter what I do and how good I am as a mother, just putting my children through living here will itself make them sick," Xharra said. "I really hate feeling helpless."

The coal plants produce enormous amounts of pollution, and are blamed for thousands of cases of respiratory illness per year. The government hopes to decommission the worst offender, Kosovo A, by 2017, to get into compliance with the Large Combustion Plant directive of the European Union - a bloc that Kosovo hopes to join one day.

But the government, with the backing of the World Bank, is planning in simply replacing Kosovo A with a new coal plant: Kosovo C. That doesn't sit well with Xharra.

The environment is just one of many problems vexing Kosovo, the second poorest country in Europe. Unemployment is around 45 percent, the education system is struggling and basic services like running water are spotty.

But Xharra sees urgency in stopping the forthcoming power plant because its effects will last for decades. "I don't want to leave my kids a legacy of a coal power plant," Xharra said.

So Xharra is fighting back. As a first step, she commissioned a television advertising campaign to fight the plans for a new plant. It features a baby cradle shown in various parts of Kosovo. To the sound of a baby coughing and gasping, a narrator describes the dangers of lignite fired-power plants, concluding with the phrase, “support a clean energy future, for our children's sake.”

The ads are clearly sensational. They form the centerpiece of an initiative by an organization called KOSID, of which Xharra is the most prominent leader. KOSID argues that Kosovo can and should replace the Kosovo A plant with a combination of green power and greater energy efficiency.

From activist to journalist, to activist again 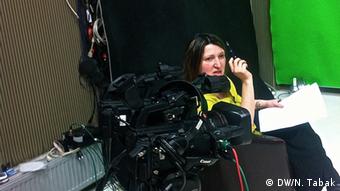 The ad has shocked, angered - and sparked debate, Xharra said

The campaign has also cemented Xharra's transformation into an unapologetic environmental activist. As a journalist, she's frequently highlighted the power plant issue on her own weekly TV show.

Although the ad campaign is new territory, Xharra said she's comfortable slipping into the role of activist. She entered journalism in the late 1990s to turn the world against late Serbian President Slobodan Milosevic and his brutal crackdown on Albanians in Kosovo.

“I entered journalism more out of activism, than out of choice of profession. Journalism was a tool,” Xharra said.

The campaign against the new coal plant has its detractors. Since it launched earlier this year, a number of traditional supporters of green energy in Kosovo have come out against KOSID's initiative.

Lumir Abdixhiku, executive director of the Riinvest think tank in Pristina, told DW that while Kosovo needs to rely more on green energy, Xharra's vision isn't realistic. He said it isn't possible to close the old Kosovo A plant and quickly enough cover the deficit with renewables and energy efficiency. Trying to do so, he said, would be an economic disaster.

Abdixhiku also dismissed the ad campaign - with its coughing baby - as a "Hitchcockian" scare tactic. Its intention is "to scare Kosovars: that if we build another power plant, everyone is going to die very soon," Abdixhiku said. He called the idea unrealistic, saying that a concentration on cleaner coal-based power plants would be a better focus.

Xharra, for her part, acknowledges her fight is an uphill battle, given that the government and World Bank pushing ahead with the plan. It has powerful backers, including the US government. But Xharra said she's ready for a long fight.

Southeastern Europe is known as an area of tremendous natural beauty. But what is less well-known is that several cities in the Balkans have Europe's most polluted air. (11.02.2013)