A bad grade for air quality in the Balkans | Environment| All topics from climate change to conservation | DW | 11.02.2013

Southeastern Europe is known as an area of tremendous natural beauty. But what is less well-known is that several cities in the Balkans have Europe's most polluted air. 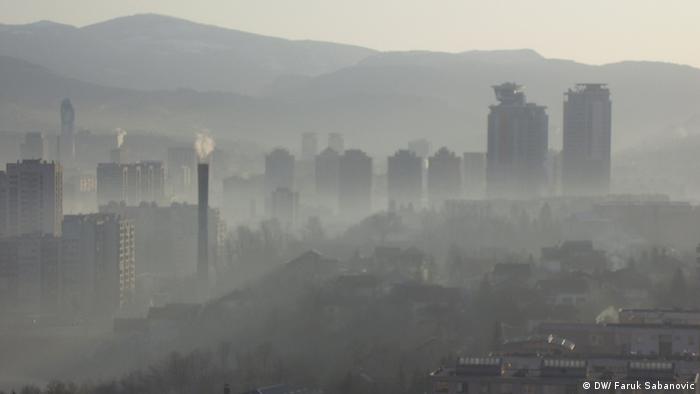 According to the World Health Organization (WHO), Sarajevo, the capital of Bosnia and Herzegovina, has the highest concentration air pollution out of all European cities. With a yearly average of 117 micrograms per cubic meter, it is far above the European Union's stipulated limit of 40 micrograms. Coming close behind Sarajevo in the ranking are the Macedonian cities of Tetovo and Skopje, Bulgaria's Plovdiv and Romania's Timisoara.

Especially dangerous are dust particles with a diameter of less than 10 micrometers (known as PM10). Their small size allows them to bypass the body's natural filters and penetrate deep into the lungs. WHO studies have shown that a high concentration of airborne particles increases the risk of respiratory and cardiovascular illness.

According to Teis, the main causes of pollution in Sarajevo are the antiquated heating systems used in many households as well as widespread poverty: "People burn all sorts of things in their homes - usually coal and wood, but also old tires."

Teis also lists cars as a major culprit. Those driven in the city are an average of between 15 and 18 years old and therefore less environmentally friendly than newer models with modern catalytic converters. On top of that, Sarajevo's location between mountain ranges means that there is little airflow into the area. 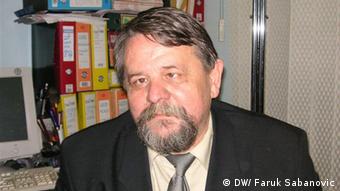 Similar problems have been identified in Macedonia, where a fine particle concentration as high as 1,000 micrograms per cubic meter was recorded in some cities in December 2012.

"Obsolete industrial processes, the poor quality of fuel for the central heating plants, the traffic - none of these things are regulated," said Dragan Gjorgjev from the National Health Institute in Skopje. "We are experiencing wild urbanization."

He added that Macedonia's existing environmental protection laws are being ignored in order to eliminate the financial burden of acquiring and running functional filters. As a result, "Macedonia's industrial plants do not meet European standards."

According to Marcel Langner from Germany's Ministry for the Environment, large-scale measures have been implemented in Germany in accordance with EU air quality guidelines. Industrial sites are required to install fine particle filters, which also entails tax benefits. Heating plants have mostly switched from coal to gas, and new cars have to be fitted with catalytic converters. And as stipulated by EU regulations, the yearly average concentration of PM10 particles may not exceed 40 micrograms per cubic meter.

There are also driving zones bearing environmental restrictions in several cities in Germany: If the PM10 concentration exceeds the permissible value on a given day, cars with high particulate emissions may not be driven in the zone. 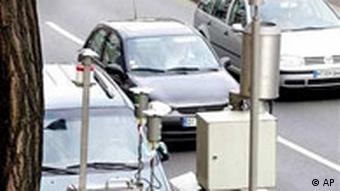 Adrian Stoica of the environmental organization GIPRO in Timisoara, Romania, wants specific rules and measures for the general improvement of air quality, especially in cities.

In his opinion, financial incentives could be particularly effective, including, "the introduction of a tax on all citizens who use machines and technology that pollute the air." Such a tax would "awaken in the people a sense of responsibility for air pollution," he said.

Pan-European initiatives might make it easier to transfer standards for air quality to the national level of the EU member state Romania. Besides the concentration of particulate matter, these standards must also take into account other aspects of air quality, Stoica said. From his perspective, for example, air quality includes smells that can occur near industrial plants and represent a burden for local residents.

For Bosnia and Herzegovina, the European country with the highest level of fine particulate air pollution, the European standards could provide a good motivation to change something, said Marcel Langner from the German Environment Agency: "If the country were in the EU, the same standards as in Germany for particulate concentrations, for example, would also have to be met in Sarajevo. And if they do not comply with these regulations over a long time, they will have to pay a fine."

In big cities around the world, from China to Afghanistan, authorities are still fighting the battle against smog. This, despite the fact that 60 years ago, Londoners suffered from a dramatic air pollution event. (07.02.2013)

Around 24 billion tons of soil are lost each year worldwide, and urbanization is one of the chief culprits. Experts are looking for ways to protect fertile land from urban invasion and contamination. (25.12.2012)