Near Argentina's capital, years of growth along the Riachuelo river basin have gone largely unchecked. As companies flush heavy metals into the water, residents are being forced to suffer the side effects. 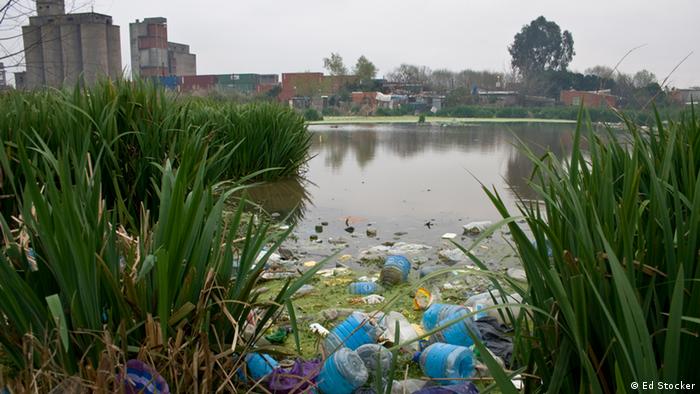 Judith Aragón tries to use as little water as possible from her tap. She's not obsessed with economizing: She's simply weary of the source.

Judith lives in a shantytown called Villa Inflamable just south of Argentina's capital, Buenos Aires. It's located on the edge of the Riachuelo, one of the most polluted river basins in the world. 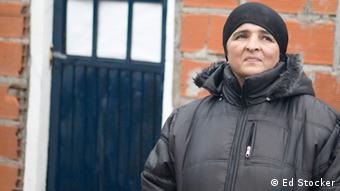 Judith Aragón is concerned by the pollution in the Riachuelo

The mother of three is supplied with treated bottled water by the local municipality for drinking and cooking. But it isn't enough for personal hygiene. For that, the family has to use the river water that comes in via the tap.

That water is, in a word, filthy.

"The Riachuelo can be seen as a microcosm of the environmental problems in the cities of Argentina," says Leandro García Silva, an Ombudsman specialising in environmental human rights. "The Riachuelo as a river is absolutely overloaded with contamination as compared with its size - it's a small river with a big city around it."

Several hundred years of industrial expansion along the shores of the river have gone largely unchecked. Companies including tanneries continue to flush heavy metals such as chromium directly into the water. The chemical is known to cause cancer.

After the situation reached a crisis in 2008, Argentina's Supreme Court finally ruled that the basin needed cleaning up.

The court also decreed that many of the most at-risk families - those living in makeshift slums right on the shores of the river, in places such as Inflamable and Villa 21-24 - would need to be relocated.

Coco Rivera is one of about 60,000 people who live in Villa 21-24. When asked if anything has improved since the courts ordered the clean-up here four years ago, his answer is clear. "It’s clear that from a social, socio-economic and sanitary point of view, there has been no great change," he told DW.

The group charged with improving the river's sanitation is ACUMAR – an organization made up of the city authority, the national government and provincial municipalities. With so many interests at play, reaching a consensus is difficult.

The clean-up hasn't been helped by the removal earlier this month of the judge in charge of the operation, Luis Armella. After allegations of corruption surfaced in a national newspaper, he was forced to step down

It's the most marginalized communities that will suffer the consequences. For Judith Aragón, the lack of information about the planned relocation of 1,500 families in her neighborhood is the most frustrating issue.

"What we really want is that they don't chuck us out of here like dogs, but that they respect our rights," she said. "I've been here 23 years. So it seems a bit unjust to just throw us out." 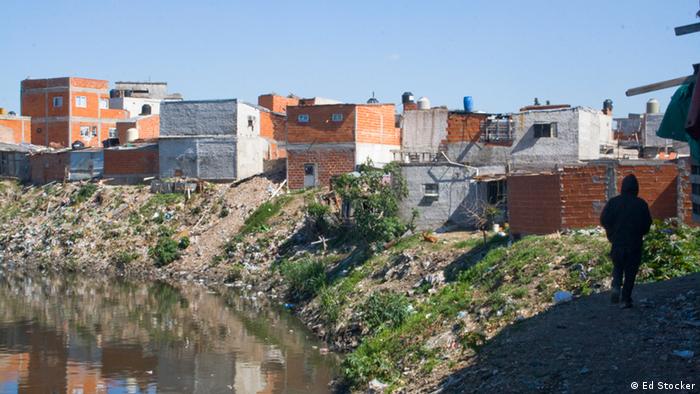 Villa Inflamable is just one block from a massive petrochemical plant called Dock Sud. The area around the facility is not just contaminated on land and in the water, but in the air too. The chimneys pumping out fumes give off a burnt smell.

ACUMAR has continued to analyze the health of communities living beside the Riachuelo. A 2010 study found that 29 percent of people under six years old were anemic, while 34 percent had psychomotor development issues.

In fact, everyone DW spoke to in Villa Inflamable and Villa 21-24 had health scare stories to tell - encompassing everything from skin rashes to cancer.

In downtown Buenos Aires, Lorena Pujó of Greenpeace Argentina has a message for the some 1,400 factories along the river that are still polluting: "Zero discharges – that is what we think is the solution for the environment and for the health of the people that live there," he says. 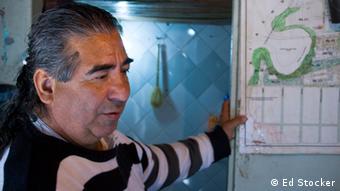 But banning discharges of chemicals into the river basin will only work if ACUMAR gets onboard, which will be difficult given Argentina's weak institutions. With a new judge waiting to be named, re-housing projects for the shantytown residents are also likely to be delayed - meaning the road ahead for the residents of Villa Inflamable and Villa 21-24 remains uncertain.

Gansu province in central China is poor, parched and incredibly polluted. But after 29-year-old Zhao Zhong survived a serious climbing accident, he decided to dedicate himself to cleaning up the environment in Gansu. (08.10.2012)

Argentinean slums go mobile: The magazine "La Garganta Poderosa" has gained the support of Leo Messi and Diego Maradona in its fight against media clichés, giving voice to the city's least-privileged inhabitants. (25.09.2012)