Families living in rural areas of China need to conserve every drop of water in order to survive. The scarcity of this precious resource defines the way the people in the northwest do everything from farming, to cooking. 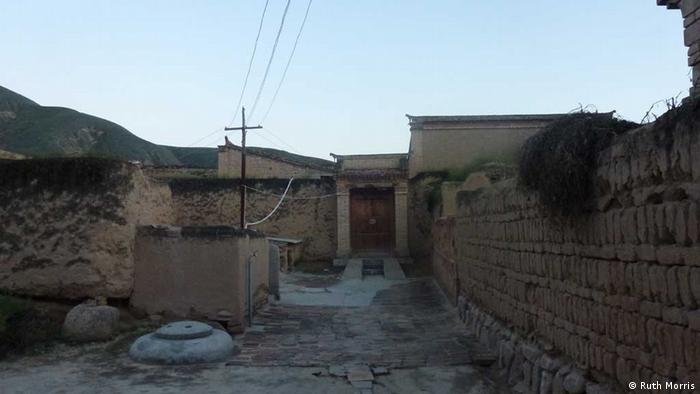 In her home on the parched Loess Plateau, Niu Xiaomei washes tomatoes in a shallow basin of water. Her kitchen has a traditional, tiled stove with two vats for cooking - but no water tap.

"After using the water to wash vegetables, we pour the water into a basin, for the animals," she says, as she pours the used water into bowl on the floor. It's one of many recycling techniques she uses to stretch her water supply as far as possible. On the Loess Plateau, every drop of water is precious.

Water scarcity has come to define a way of life in China's northwestern Gansu province, a remote region nestled between the Tibetan Plateau and Inner Mongolia, and perhaps best known to the Chinese for its spicy noodles.

But the province is also home to thousands, perhaps millions, of subsistence farmers who face alarmingly low water tables as a result of overpopulation, pollution, deforestation and poor land management. Now, as China's race towards urbanization draws more and more farmers to the cities, it's unclear how long farming families like Niu's will be able to work the land.

Environmentalist Zhao Zhong, who has been helping farmers cultivate sunflowers in Niu's village of Niuhe, says the plants grow well in arid conditions, and combat soil erosion. The rest of the world, he adds, could learn from farmers like Niu about methods to use less water.

The Niu household uses just two buckets of water a day between them, plus six buckets for their livestock, something not unusual in this area of China. 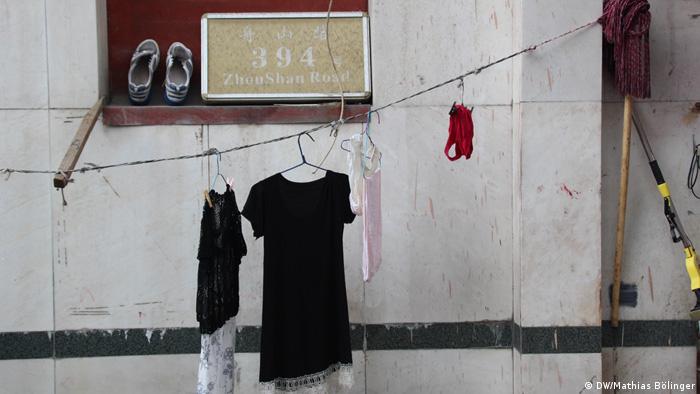 The five person family uses water from a tank that collects runoff from the roof of their home. But, Niu's mother-in-law, Yucui, remembers at time when locals had to drink "bitter water" which had to be collected from a nearby stream. Gansu's river runoff is salty, in part because of high levels of evaporation.

"Bitter water is not very nice, and there was always very little of it," she says. Yucui remembers leaving her farm during one drought to beg for food. "We had nothing to eat and nothing to drink," she says. "The animals and us were equal."

Experts point to China's lack of water as one of its most pressing problems. China and Canada have about the same quantity of fresh water, but China has 40 times more people. Desertification, where fertile land becomes desert, has already forced thousands of Chinese farming families to relocate. In some areas, the desert has gobbled up crops. Even in regions with a healthy water supply, unchecked pollution from mining and heavy industry has contaminated rivers and streams.

In Gansu, water tables have dropped dramatically in recent years as farmers were forced to dig deeper and deeper to tap the water needed to keep their crops alive. As water levels dropped, trees died, which in turn caused the top soil erode.

Xue Xian, director of desertification at Gansu's Science Academy, says government programs like massive tree planting campaigns, have curbed desertification somewhat. But, she says, global warming is also coming into play. Climate change has accelerated the melting of glaciers that feed some of Gansu's rivers. Melting glaciers are replenishing rivers in the short-term, but in the long-term, Xue says, it's not sustainable. 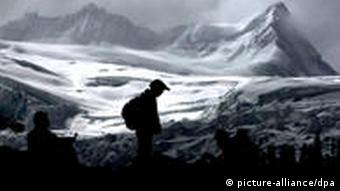 Climate change, Xue says, has sped up the rate glaciers are melting

"Local people have to save water by developing high-quality agriculture, for example, developing a drip irrigation system, and change the crop species," Xue says.

Xue would like to see farmers shift away from traditional crops like cotton and sunflowers and use more sophisticated techniques to grow more expensive produce, like dates, or plankton, for fish food.

Back at the Niu household though, it's unclear if the next generation will be around to take part.

In an exception to the one-child policy, Xiaomei has two teenage daughters at boarding school, and a son, in secondary school. She says she would like all of them to leave the land to go to university and not look back. Her mother-in-law, Yucui, is equally unsentimental about the prospect of the next generation leaving farming behind, especially when it comes to her grandson.

The West Bank barrier is blocking animal migration between Israel and the Palestinian territories. But now, the Israeli Defence Force is seeking ways to allow animals to get over - or even through - the wall. (02.11.2012)