Are warming seas changing the Antarctic ice? | Environment| All topics from climate change to conservation | DW | 15.10.2012

With worldwide concern about melting polar ice-caps, few people stop to ask why some ice shelves slip faster into the sea than others. Dr. Reinhard Drews will be heading to the Antarctic to look below the surface. 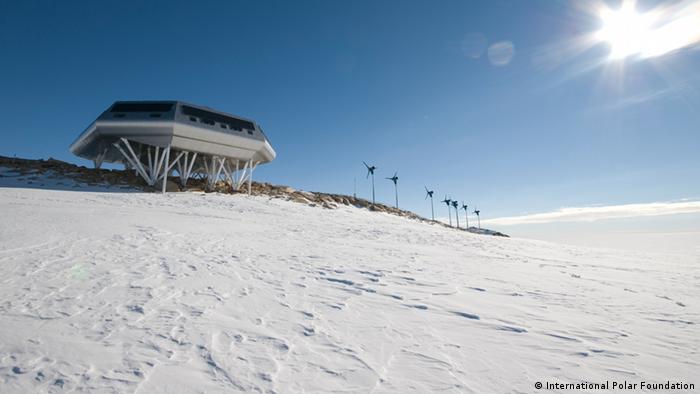 Far to the north in Greenland, fast-flowing melting ice cascades into fjords and breaks off into the north Atlantic. It makes for dramatic viewing. On an island where average temperatures sometimes reach 10° C (50° F), the concept of global warming is easy to grasp.

In the Antarctic, by contrast, daily temperatures never average above freezing and snow rarely melts. Superficially it would be easy to imagine that the Antarctic, which accounts for 90 percent of the world's ice reserves, remains impermeable to climate change. But, sadly, that's not the case.

Dr. Reinhard Drews works at the Université Libre de Bruxelles studying the rate of movement of polar ice flows. With the assistance of the InBev-Baillet Latour Antarctica fellowship, which he was recently awarded, he will soon be heading to the Antarctic to look closer at what influences the speed at which glacial ice moves into the sea.

It's what's under the ice that counts Dr. Reinhard Drews received his PhD in Bremerhaven and works at the Université Libre de Brussels

Ice shelves generally float on top of the ocean. In certain regions, however, they are supported by rock formations. What Drews wants to know is to what extent the rocks stabilize the ice and whether they can change the way this ice moves, even within a relatively short time.

"In the last few years researchers have observed some glaciers moving much faster towards the sea than before. We didn't understand the mechanism behind that," said Drews.

With funding from the fellowship, the researcher and his crew will spend five weeks monitoring the ice flow, based at the Belgian base, Princess Elisabeth Antarctica. In addition to GPS and radar measurements, this will include drilling out ice cores. Their drill allows them to reach depths of 200 meters.

"That's a relatively shallow core sample," Drews explains. Climate researchers use much longer cores to get data from even further in the past. Though his research will also help climatologists, Drews' primary interest in climate change is the ice-flow. "If the thickness of ice-shelves is altered by warmer water, that also affects the overall structure of land ice," he said. 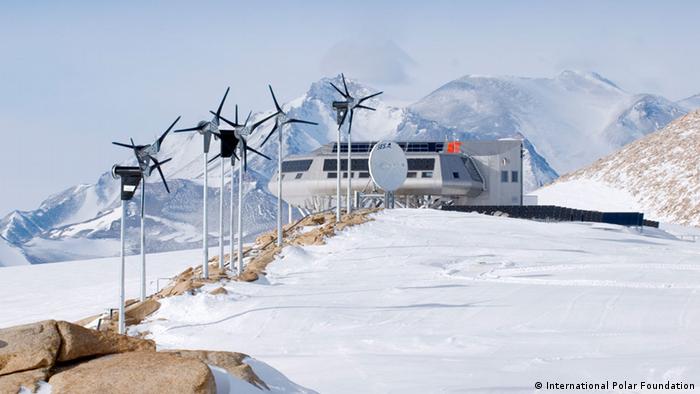 The ice cores are shipped to Brussels, where the data gained is fed into computer models. "Modelling ice flows is very difficult," Drews said. "The Antarctic is very big and logistically it's very difficult to reach every relevant point. That's why it's important to collect as much data as you can."

"It's important to go to the critical points that we don't know much about yet. The threshold between land ice and ice-shelves is one of those points." A warming ocean can change the thickness of the ice shelf, Drews explained. This in turn influences the land ice and could have a major influence on the overall mass balance of the Antarctic. This is a key factor when it comes to predicting sea level rise, Drews said.

With relatively little data and such a huge volume of ice, current projections about global warming effects in the Antarctic are still highly uncertain. Dr. Drews plans in the future to conduct many more expeditions to the region to make his contribution. The 150,000 euro research fellowship, handed over to the German scientist by Prince Philippe of Belgium, will help him in his quest.