The EU looks at boosting semiconductor trade with Taiwan | Asia | An in-depth look at news from across the continent | DW | 02.06.2022

The EU looks at boosting semiconductor trade with Taiwan

Hungry for chips, the EU hopes to tap into Taiwan's semiconductor and microchip industry. Fresh talks with Taipei come amid tense relations with China though, which regards Taiwan as a breakaway province. 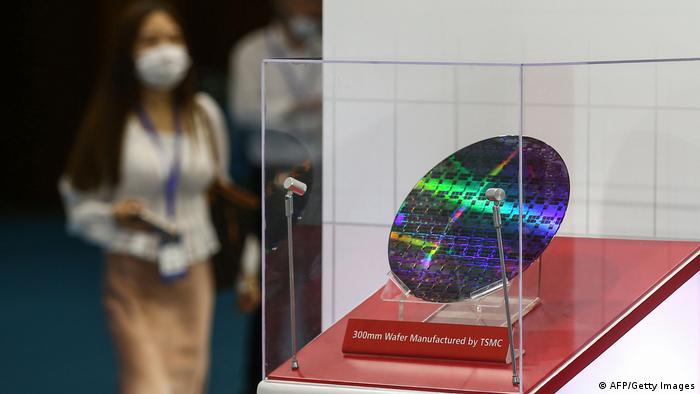 The EU is keen to strengthen its economic ties with Taiwan and tap into Taiwan's semiconductor industry.

Keen to enhance trade relations with Taiwan and tap into the island's semiconductor sector, the European Union is set to hold a virtual trade dialogue on Thursday with the Taiwanese minister for economic affairs, Mei-Hua Wang.

"Taiwan is a very important player in the area of semiconductors — if not the most important player," the EU Commissioner for Trade, Valdis Dombrovskis, told the European Parliament last month.

Ming-Yen Tsai of Taiwan's Representative Office in the European Union and Belgium told DW he was optimistic about the upcoming talks and highlighted that the EU and Taiwan shared the same core values of democracy, human rights, free markets, and the rule of law.

"We also share complementary policies regarding industrial development and climate change," he said. "Taiwan hopes that both sides will continue to deepen trade and investment relations, while also conducting exchanges and discussions on issues of common interests, in order to further deepen bilateral cooperation."

The trade talks come after repeated delays, with Brussels fearing it would anger Beijing which regards Taiwan as a breakaway province.

But Zsuzsa Anna Ferenczy, assistant professor at the National Dong Hwa University in Taiwan and a former political adviser in the European Parliament, told DW that there is clearly a momentum in EU-Taiwan relations right now and trade with Taiwan isn't really an afterthought.

"With everything that has happened since the offset of the pandemic, China's economic coercion against Lithuania, disinformation campaigns and most recently its diplomatic support to Russia's war in Ukraine, there has been a growing appetite in the EU to bring Taiwan and the discussion of trade with the island back on the table. The EU is keen to find ways of cooperating in specific areas of interest like the semiconductor sector and tech supply chains, as the Commission has also made that clear," she said.

"In the past, global circumstances were different, as the EU was trying to rebalance its relations with China. But now the bloc's line of thought has fundamentally shifted. The recent EU-China summit didn't go well, with Brussels disappointed with Beijing's refusal to condemn Russia's war. So in this context, clearly, Taiwan is no longer seen with as much caution as before," she added.

Materials like semiconductors and microchips are essential for almost everything that we utilize to keep our economies going.

According to Martijn Rasser, senior fellow and director of the Technology and National Security Program at the Center for a New American Security (CNAS), Taiwan's semiconductor sector in particular, has a huge role globally, making countries compete to gain secure access to its semiconductor output. 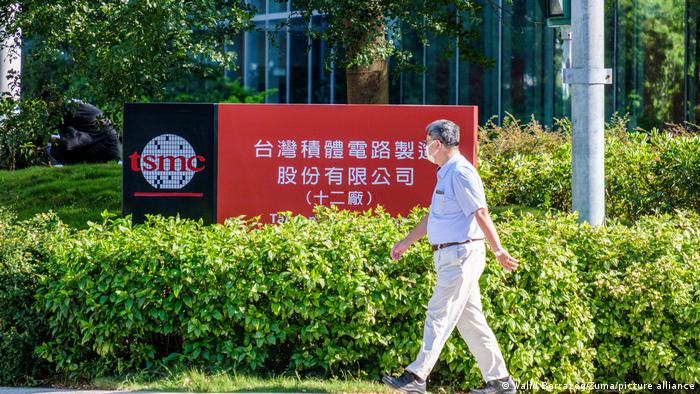 Moreover, the EU is also counting on Taiwan to support its €45 billion European Chips Act, since Taiwan produces the world's most advanced microchips.

However, Rasser highlighted that any talks regarding boosting investments in the semiconductor sector need to take place globally in order to build more resilience in global supply chains.

"Taiwan, of course, is a powerhouse in fabrication. The Netherlands, Germany and Japan also provide some of the most sophisticated equipment to make semiconductors. And then the United States is very strong in semiconductor design. So each of these countries have specific expertise and capabilities that they bring to bear. So talks need global cooperation,” he added. 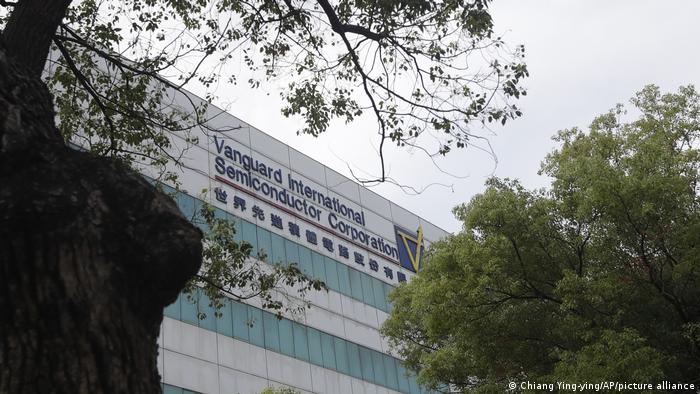 Taiwan is an important player in the global semiconductor industry.

The EU Commission's Spokesperson for Trade and Agriculture shared a similar view and told DW that the bloc's new Indo-Pacific Strategy also offered a framework to explore further opportunities to cooperate on supply chains with Taiwan, and also boost Taiwanese investments in Europe that remain very low.

According to a reportby the European External Actions Service last year, by the end of 2020, only 2.1% ($7.3 billion) of Taiwan's worldwide foreign direct investment (FDI) stock was invested in the EU. The largest part of Taiwanese FDI stock was invested in China (55%), followed by the British Caribbean (13.5%) and the United States (6.3%).

"I believe right now about 55% of Taiwan's outbound investment still goes to China. The Taiwanese government is aware that that is a high percentage. And they are also providing incentives to companies to reduce that. That is where the European Union had been also pushing, to help Taiwan see Europe as an attractive and legally safe environment," Ferenczy said.

Representative Ming-Yen Tsai  told DW that while 66.6% of all total Taiwanese investment in the EU in recent years was mainly in areas such as electric vehicles, batteries and ICT products, both Taiwan and the EU have also made green and digital economies a key policy priority.

"Based on the existing bilateral investment and cooperation, both sides can further cooperate in areas of green energy, digital transformation, semiconductors, electric vehicles and 5G, in the future," he said.

Meanwhile, Beijing has warned Brussels not to engage with Taiwan and abide by the "One-China policy," which is the diplomatic acknowledgement of Beijing's position that Taiwan is a part of China.

In a report for the South China Morning Post, a spokesperson of China's mission to the EU said they "firmly oppose any form of official interactions or any discussion and signing of an agreement with implications of sovereignty and of an official nature between countries or organizations and the Taiwan region. It needs to be noted that this is not a trade issue, but a serious political issue that concerns the political foundation of China-EU relations."

The EU Commission's spokesperson for trade and agriculture reiterated to DW that in line with the EU's One-China policy and the Indo-Pacific Strategy, the EU would continue developing friendly relations and deepening cooperation with Taiwan, in the absence of diplomatic recognition.

But CNAS's Rasser warned that while Europe eyes fostering its economic ties with Taiwan and tapping into the country's semiconductor sector, it was important for EU leaders to think about what the repercussions of a crisis in Taiwan would look like.

"If Europe lost access to Taiwan's semiconductor output, it would bring Europe's economy to a grinding halt. It's as simple as that. The energy crisis brought about by Russia's war in Ukraine is just a drop in the bucket compared to the Taiwan crisis," he told DW.

"So I think everyone needs to really think about ways to mitigate that kind of outcome. And that's why there are so many discussions in Europe right now, as well as in other countries, about greater geographic diversity in semiconductor supply chains and how to support Taiwan in case of a crisis," he added.

Professor Ferenczy told DW that for China, any measures the Europeans might take or even consider taking in terms of cooperating more closely with Taiwan, were a "provocation" that was to be followed by consequences, as Lithuania most recently experienced.

But she highlighted that the EU's attitude towards China is changing now.

"In recent months, following China's economic coercion against Lithuania, European institutions stressed that if individual member states wish to cooperate with Taiwan, it is their 'right'  to do so. So that's a big change in language," she said.

"I think Beijing has also noted that Brussels was very disappointed with the lack of solidarity and support from China concerning Russia's aggression, as the EU noted at the recent EU-China Summit."

"So in that context, I think China also took note that the EU was probably more willing to take certain measures that it was hesitant about in the past. This does not mean that Beijing necessarily approves of this shift and is now willing to adapt to this new situation by becoming more cooperative. When it comes to Taiwan, it remains non-negotiable for Beijing; the Chinese leadership is not ready for any compromise," she said.