EU′s new Indo-Pacific strategy: What are the objectives and challenges? | Asia | An in-depth look at news from across the continent | DW | 17.09.2021

EU's new Indo-Pacific strategy: What are the objectives and challenges?

The publication of the EU's new Indo-Pacific strategy was overshadowed by a new US-led alliance. Experts say, additionally, that the new strategy likely won't hand the EU a high level of influence in the region. 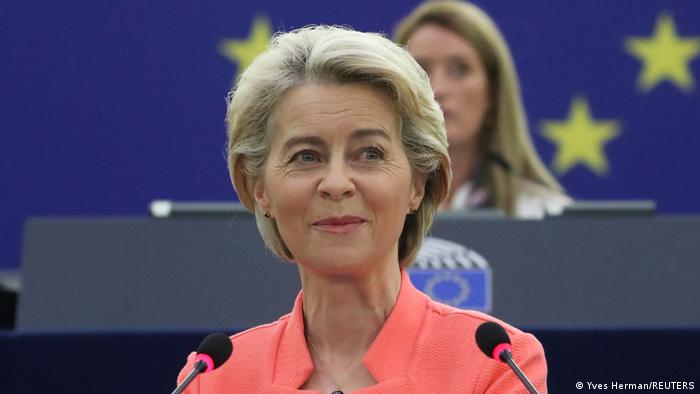 After months of waiting, the European Union has finally published its Indo-Pacific Strategy paper ­­­­⁠— a landmark document that ought to define Brussels' attempts to expand its influence in this increasingly important part of the world.

But its publication was overshadowed by the announcement the previous day of a new US-led alliance in the region that doesn't include any European country, as well as comments from European Commission President Ursula von der Leyen over whether the bloc should seek greater strategic autonomy in the world.

While the intricacies of the EU's new strategy paper are still being digested by analysts, what's clear is that the EU hasn't diverted from its usual path in the Indo-Pacific.

"The launch of the EU Strategy for Cooperation in the Indo-Pacific is good news for Southeast Asia, which lies at the center of this vast region," Ambassador Igor Driesmans, head of the EU delegation to the Association of Southeast Asian Nations (ASEAN) bloc, told DW.

The ASEAN region is described as "an increasingly important partner for the EU" in the paper, while it also notes confidence in signing new trade deals in the region.

"The launch of EU Strategy for Cooperation in the Indo-Pacific marks a major development for the EU's relations with this immense and growing region," said Driesmans, referring to the paper's formal title.

France published its Indo-Pacific strategy paper in 2018, and the Netherlands and Germany launched their own similar guidelines last year. The US and UK also did so years ago.

Not all analysts reckon the strategy paper will significantly alter the EU's influence in the Indo-Pacific, which has become a relatively new region of interest for the bloc. Nor has it resolved the EU's stance on key questions, particularly its position between the US and China in their increasingly fraught rivalry.

"This won't make the EU a decisive actor in the Indo-Pacific, but it will make it an actor," said Frederic Grare, a senior policy fellow with the Asia Program at the European Council on Foreign Relations.

What's more, the release of the strategy document was also greatly overshadowed by speeches made in Brussels and Washington the previous day.

On Wednesday, European Commission President Ursula von der Leyen used her annual State of the European Union parliamentary speech to appeal for greater strategic autonomy for the bloc, which the French government has strongly backed for years. But other member states, as well as some leading EU officials, have pushed against this stance.

"Europe can — and clearly should — be able and willing to do more on its own … What we need is the European Defense Union," von der Leyen said, referring to calls from some European countries for a unified defense strategy and possibly joint military force between the 27 member states.

Just hours later, US President Joe Biden announced the formation of a new Indo-Pacific alliance with the United Kingdom and Australia, called AUKUS.

China described this new alliance as "extremely irresponsible" and "narrow-minded" and said it showed the three countries had  a "Cold War mentality."

Earlier this week, China also called on European countries to respect Indo-Pacific countries' efforts to maintain stability in the region, after Chinese authorities denied entry to a German warship on a mission to the South China Sea.

"China attaches great importance to the development of an all-round strategic partnership between China and Germany, including cooperation between the two militaries," China's Foreign Ministry spokesman Zhao Lijian said on Thursday.

Germany has made it clear that its mission into the sea serves to show that Berlin does not accept Beijing's claims in the South China Sea.

AUKUS 'a stab in the back' for France

Beijing's admonishments of the AUKUS alliance were to be expected, but French officials were also particularly piqued. French Foreign Minister Jean-Yves Le Drian claimed the move was a "stab in the back" and slammed Biden for what he called a "brutal, unilateral and unpredictable decision."

Because the AUKUS pact will see the US provide Australia with the technology to build nuclear-powered submarines, it has scuppered a multibillion-dollar submarine deal that Paris had signed with Canberra.

When that agreement was struck in 2016, Paris declared it a deal of the century and considered it a key marker of France's strategic relations with Australia and the wider Indo-Pacific.

Questions have also been raised as to why individual EU members and the EU itself were left out of this new alliance, and whether this points to the widening of the gap between EU and US interests in the Indo-Pacific, especially coming just a day before the EU laid out its own plans for the region.

But sources who spoke to DW said that wasn't the case. The US-UK-Australia mechanism doesn't signal a growing divergence of interests between the US and the EU, said Bonnie Glaser, Asia Program director of the German Marshall Fund of the US.

"There are numerous ways that the EU and the US can work together to advance their shared interests in peace and stability in the Indo-Pacific and strengthen the rules-based order," she said.

The end of other strategic ambitions

Along with France's loss of a lucrative submarine contract with Australia, AUKUS also signals the end of President Emmanuel Macron's ambitions of constructing a strategic alliance with Australia and India, which he first hypothesized in 2018,  noted Bradley J. Murg, a distinguished senior research fellow at the Cambodia Institute for Cooperation and Peace.

But Murg agreed with other sources that AUKUS will not result in a US-EU split. "At the most basic level, the EU still needs the US in NATO and US security guarantees against Russia," Murg said.

Grare, of the European Council on Foreign Relations, was of a similar opinion. The EU's new Indo-Pacific strategy is "clearly a way to define the region on its own terms to avoid being caught up in the US-China zero-sum game," he said.

"But it is also a way for many member states to satisfy the US enough to keep them engaged in Europe's security."

However, he added, the new AUKUS alliance does signal that "whatever its actual objective, the EU risks marginalization if it does not get involved more seriously in Indo-Pacific affairs."