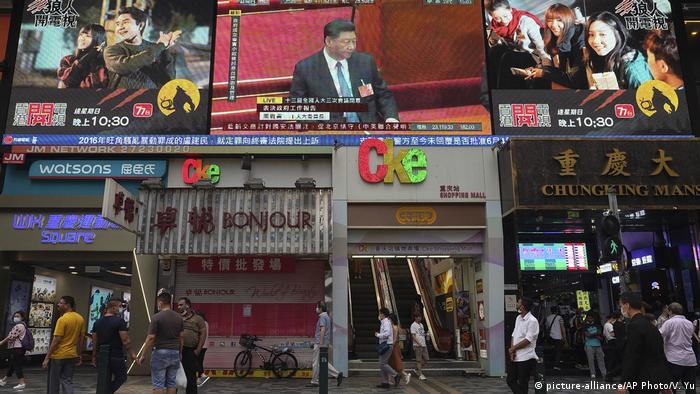 "Debasement is the password of the base / Nobility the epitaph of the noble."

Bei Dao's poem "Huida" (The Answer) became the anthem of resistance of the democracy movement as early as the first demonstrations in Beijing in 1976, as well as during the protests in 1989. 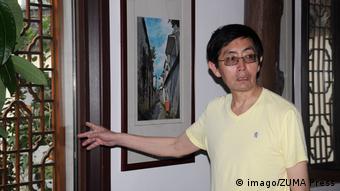 The now 70-year-old Chinese poet and essayist, who has been nominated several times as a candidate for the Nobel Prize for Literature, has been living in forced exile in Hong Kong since 2007.

Bei Dao does not consider himself a political poet, but his verses have taken on a life of their own.

Now, the opening lines of his poem have once again become the credo of the unruly. They spread across China's social media after the death of the physician Li Wenliang, who became a world-famous whistle-blower by reporting on the mysterious new virus in Wuhan in January.

The end of civil liberties

"The biggest health care crisis in the history of the People's Republic of China has exposed considerable weaknesses in the regime," Chinese-American political scientist Minxin Pei wrote in an article on China's authoritarian leadership under Xi Jinping. The position of the Chinese Communist Party ruler has become fragile as a result of the coronavirus crisis, the article states, the German version of which was published in the magazine Cicero on April 30. To strengthen the regime's power base again, the Communist Party would have to resort to even more social control and political repression. "It would have little difficulty in suppressing internal criticism of its rule thanks to its large, effective security apparatus," writes Pei.

In order to reinforce control even in the troubled peripheral regions of the country, the party has resorted to tough sanctions. For Hong Kong, the former British colony, the Security Law approved by China's National People's Congress on April 28 marks the end of a system of government that largely allowed civil liberties even after the 1997 handover. 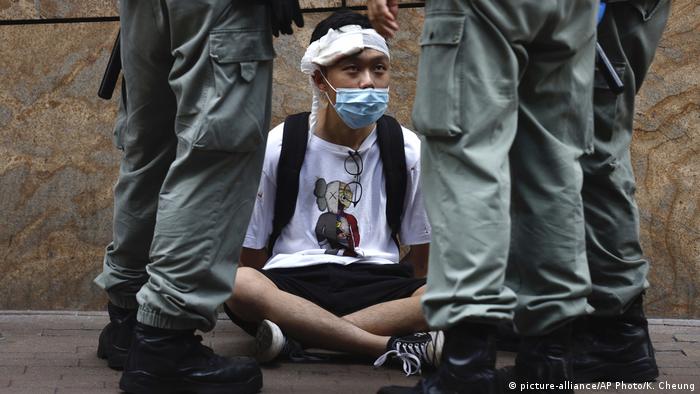 Ahead of debate on the bill that would criminalize abuse of the Chinese national anthem in the semi-autonomous city, riot police guard detain a protester

Restrictions and control as in China

"There has been a very vibrant media and publishing scene in Hong Kong up until now," explains Tienchi Martin-Liao, chairman of the independent Chinese branch of PEN, "even though print media, authors and publishers have been under increasing pressure for years."

When five staff members of the critical publisher Causeway Bay Books disappeared in 2015, it was was vehemently denied by the Hong Kong government that they had actually been kidnapped by Chinese agents, because such actions by the Chinese police would have violated the constitution of the special zone. Now, with the introduction of the new security law, this autonomy will be over. Beijing will then be allowed to run Hong Kong's police force without restriction.

"Writers and journalists in Hong Kong have not yet practiced self-censorship," Martin-Liao reflects. "The passing of the security law now poses a great danger to them. They can be attacked for any unwelcome comment in an article, a book, on a blog or in social media. At worst, they could be charged with compromising national security." Hong Kong journalists and writers would then be subject to the same controls and restrictions as in China. 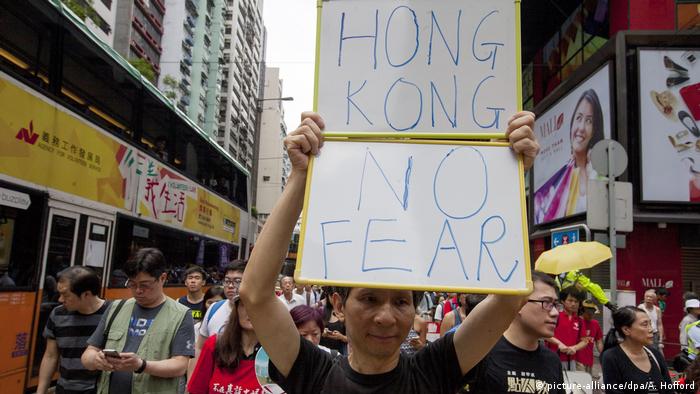 Anger at the threat of a security law

The author Cai Yongmei (in Cantonese: Tsoi Wing-Mui) has been one of the first to vent her anger about the foreseeable premature end to freedom of expression in Hong Kong. Writers and journalists would be gagged by this law, wrote the former editor-in-chief of the critical magazine Open Magazine (Kaifang zazhi), which has been published since the 1990s. Books like her biography of former Prime Minister Zhou Enlai, in which she also wrote about his secret loves, could then no longer be published.

The journalist Verna Yu, who has been awarded many prizes for her reporting on human rights violations, is also committed to opposing the threat of Chinese control over Hong Kong. She is currently reporting from the Special Administrative Region for Britain's The Guardian. 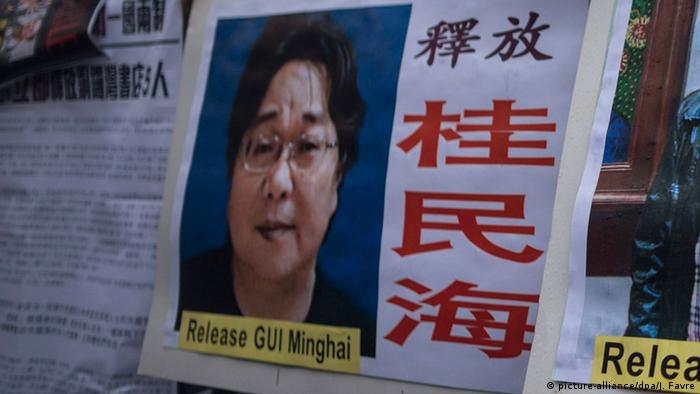 Protests in Hong Kong for the release of Gui Minhai

Taiwan as a place of refuge

Gui Minhai, one of the five publishers abducted in 2015 — in his case from Thailand — is the only one still in prison in China. Before his mysterious arrest, he had written nearly 200 popular books about Chinese politicians: They were not very thoroughly researched stories, but were scandalous tales about the intrigues and secrets of Chinese leaders. Gui, who was born in China, is a Swedish citizen. In February this year he was sentenced to 10 years in prison for "illegally passing on secret information to foreign countries."

Another of the five book publishers, Lam Wing Kee, fled to Taiwan when a law threatening to allow the extradition of suspects to China was looming on the horizon in 2019. He opened a new bookstore in Taipei last autumn. "It is a great and very important thing that Taiwan is hosting writers and other intellectuals from Hong Kong," says Tienchi Martin-Liao.

Yet they can't feel completely safe there either. After all, quite a few members of the opposition think that the concern that China will increasingly assert its influence on Taiwan is quite legitimate.

For writers like Bei Dao, who has been allowed to travel to China again since 2006 and who, as someone born in Beijing could theoretically live there again, Hong Kong has been a comparatively safe haven in recent decades.

Writers exiled from China, such as Ma Jian, who lives in London, traveled to the Chinese mainland incognito; film crews organized their undercover research trips there. But in the future, the safety of critical voices in Hong Kong is likely to be at risk.