South Africa's poor cook and heat their shacks with stoves that often kill or injure them through fire or toxic fumes. Scientists want them to use different methods to reduce the danger. 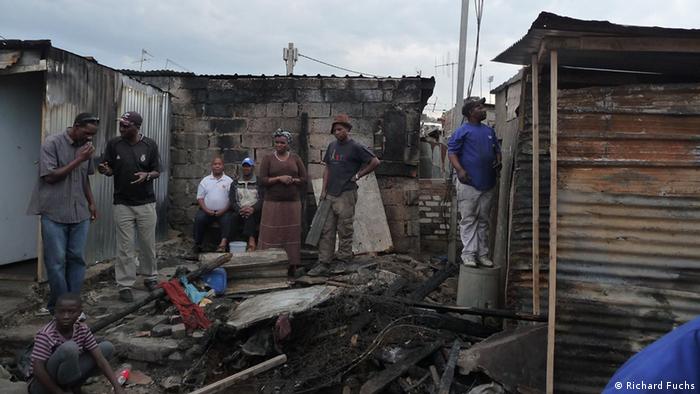 The dull sound of hammering echoes across Alexandra, Johannesburg’s biggest slum. Residents are desperately trying to repair their huts made corrugated iron, destroyed in yet another nightly inferno.

Joe Baleka knows the sound all too well: For the social worker, the hammering is a call for help.

Resolutely, he guides a group of German and South African scientists towards the noise. When they arrive, they find 16 distraught families standing by the charred remains of their huts. 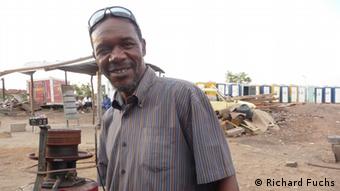 Baleka: One mistake can hit 60 families

The scientists are trying to find out more about energy poverty. Baleka, who grew up in Alexandra, doesn’t mind showing what this poverty can look like: an exploded kerosene stove, a leaking gas oven or even a candle that topples to the floor, can all wreak havoc: "One person’s mistake can affect up to 60 families," Baleka said. Some 600,000 people live in cramped conditions and there are fires almost daily.

'After 50 minutes, the device explodes'

Since 2006, Baleka and some other 280 volunteers have been looking after the victims of fires, often the poorest of the poor. Most of the more than 600,000 people crowded together in the neighborhood get by on very little.

Residents of the two-by-two-meter (six-by-six foot) shacks cook and heat with coal, wood, or kerosene or gas stoves. The faulty design of the gas and kerosene stoves they use acts a game of Russian roulette, Baleka said.

"Many stoves catch fire after only 50 minutes of operation, because the tank is not fireproof," Baleka told the group of scientists. "The kerosene in the tank reaches the boiling point, and the device explodes - without warning."

Victims of such incidents are scarred for life. They suffer severe burns to their faces and hands, or caustic respiratory burns. Such tragedies are what scientists from the German-South African research project "EnerKey" want to prevent in the future. 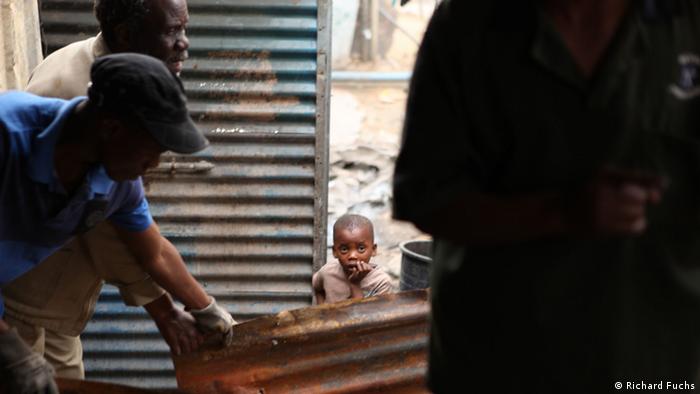 House fires could be prevented with only slightly better stoves

Encouraged by the idea that "energy is the key to solving many problems," the scientists in their labs at the Sustainable Energy, Technology and Research (SeTAR) Centre on the other side of Johannesburg are putting off a lot of smoke. They work closely with Baleka to test coal, gas and kerosene stoves from Alexandra for safety defects.

For Director Harold Annegarn, their findings are always sobering: "At present there is not a single safe kerosene stove on the market that a poor family in Alexandra can afford." 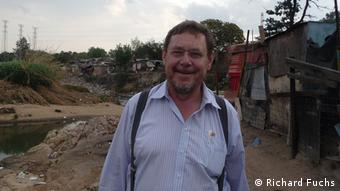 Harold Annegarn: No safe stoves available that poor can afford

Even if the price difference between a safe stove and a poorly designed stove is just 3 euros per unit, that is 3 euros too much for a family of five with about 90 euros monthly income, Annegarn said.

Scientists from SeTAR are working to prevent accidents with gas and kerosene stoves, and to reduce acute health damage from fumes.

They try alternative ignition methods, such as the Basa-Magogo method, which roughly translates to "start a fire like grandmother." Here, a coal fire in a mbaula - an old 20-liter (five-gallon) paint canister - is ignited not from below, but from above. In this way, it takes longer until the coal fire actually starts burning. Very poor people use the canisters in the winter for heating and cooking.

If this method were used consistently, the air quality in urban areas such as Alexandra would be significantly better, Annegarn said. Many of the approximately 2 million deaths per year caused by toxic smoke emissions indoors could be avoided, he added. 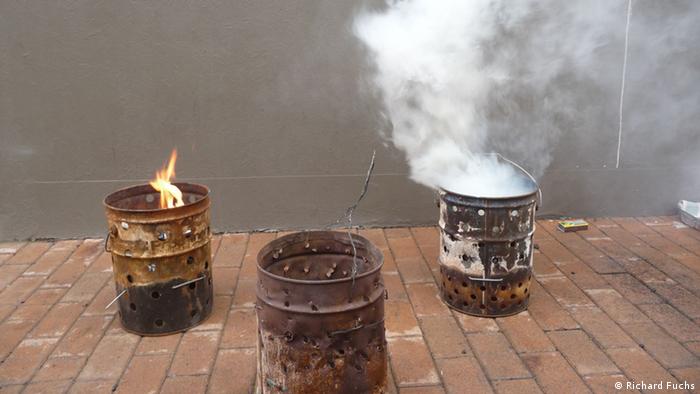 Tests show that all common stoves are potential killers

This is the message Baleka carries with him every day as he navigates his way through the narrow streets of the labyrinth of huts in Alexandra. Working together with the EnerKey scientists, he has developed a series of safety courses. Their slogan: "It's your world, make it safe!"

In the courses, mentors explain to the inhabitants how they can deliberately avoid risks and live more healthily in spite of adverse conditions. "More information is the only thing that will help to avoid more fires and more deaths," Baleka said. He is full of energy as he escorts the scientists from Alexandra. That's because his dream is never to be woken again at dawn by the dull sound of hammering.

Cape Verde reaches out for Cup of Nations

Cape Verde has qualified for the African Cup of Nations for the first time. But the government of the tiny country can't afford the cost involved and so Cape Verdeans themselves are being asked to help. (31.12.2012)

After spending weeks in the hospital due to gall stones and a lung infection, former South African President Nelson Mandela has been released from hospital. Doctors had been extra cautious due to Mandela's age. (26.12.2012)

Buses ease the jams in Johannesburg