The dark side of Croatia's World Cup success

On Sunday, tiny Croatia face off against France in the FIFA World Cup final in Moscow. It is an especially surprising feat, given the country's football scene has been mired in scandal for years. 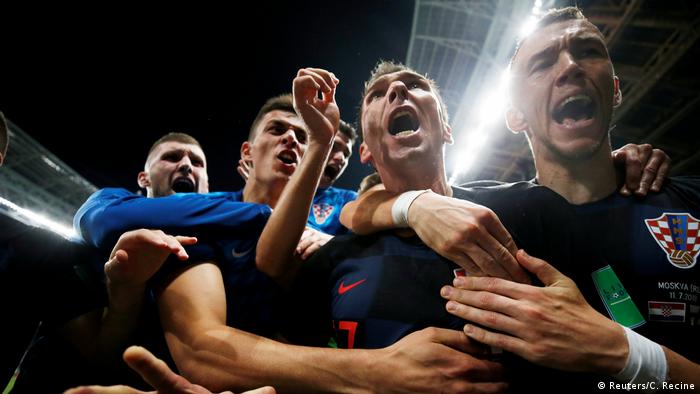 Usually, a range of auspicious factors need to come together for a national football team to have a realistic chance of winning the FIFA World Cup. But in the case of Croatia, a country playing France in its first ever final on Sunday, this rule does not seem to apply.

Croatian football club GNK Dinamo Zagreb vividly illustrates the problems besetting the country's football scene. Switzerland's International Center for Sports Studies has found that the Croatian side is the fourth most important "supplier" of football players to Europe's top teams. Indeed, Dinamo matches are hugely popular with football scouts looking for fresh talent. And the club, in turn, profits handsomely.

In theory, then, that would make Dinamo solid Champions League material. In practice, however, they rarely even make it to the group stages of Europe's premier club competition. The reason for this is simple — many talented players are quickly snatched up by wealthy European clubs, so building a proper team becomes a major challenge.

Croatia's "golden generation," with football legends like Zvonimir Boban, Davor Suker and Alen Boksic, managed to come third at the 1998 World Cup in France. But they, too, had not played in their home country for very long. For many years now, Dinamo have perfected the business of taking in promising football talents from the countryside, training them up, increasing their market value, and then selling them to bigger clubs, such as those playing in Germany's Bundesliga. Often, they are then bought up once again by richer English, Spanish and Italian clubs, which generates many millions in profits within just a few years.

Mamic and the criminal machinations in Croatian football

Zdravko Mamic and his family are deeply involved in this scheme. The former president of Dinamo Zagreb relocated to Bosnia-Herzegovina before the World Cup kicked off. A court found him guilty of unjust enrichment, tax fraud and other crimes. Mamic, who started out selling stadium seat cushions, is alleged to have received an annual cut of the salaries of Croatian footballers playing abroad — for the duration of their entire career. 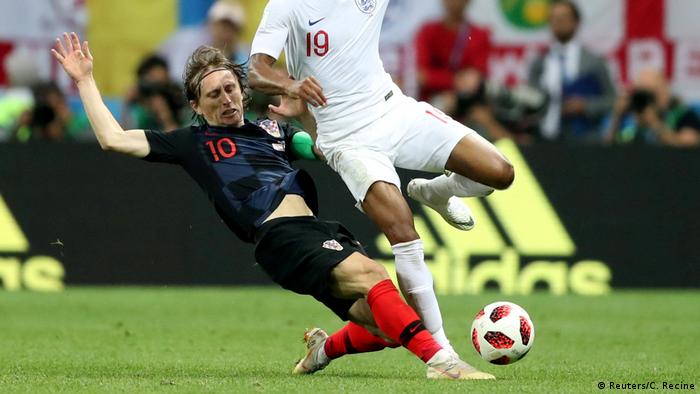 Stars like Luka Modric, Mario Mandzukic, Dejan Lovren and former player Ivica Olic are allegedly caught up in the affair. Modric, the national team captain, has made contradictory statements in court regarding the matter. At first, he admitted to the payments, but later retracted his statement. He is now suspected of having lied under oath.

Croatia's football scene is mired in scandals. During the 2016 UEFA European Championship, the president of the Croatian Football Federation, 1998 World Cup star Suker, infamously instructed the Croatian coach which players to substitute and which tactics to apply mid-game.

The criminal machinations of the Croatian FA are also driving a wedge between ordinary football fans — Croatia supporters started hitting each other when their national team faced the Czech Republic at Euro 2016.

And things don't look much better in Croatia's domestic football league. Clubs based in Split, Rijeka or Osijek feel powerless against the dark dealings in favor of Dinamo Zagreb. Match fixing is not just a rumor, rivals would be astonished if games were not skewed in Dinamo's favor.

Despite all these illicit activities, the Croatian people are rallying behind their national team, which now has the historic opportunity to win the World Cup for the first time. Franjo Tudjman, the first president of the newly proclaimed independent state of Croatia, was well-aware that football represents a way to make the young nation known worldwide. He attached great importance to football made in Croatia. Now, the tiny country on the Adriatic coast is on its way to becoming a football giant. 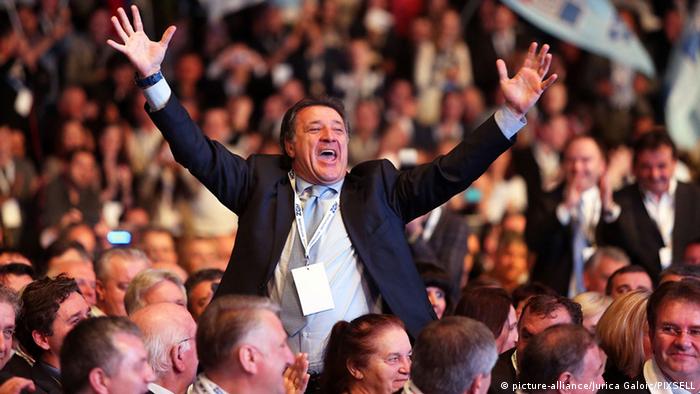 In Croatian football, Dinamo Zagreb's fat bank account almost guarantees its total supremacy in the national league. Because the club has the means to snatch up the most promising young players, its competitors have little chance of winning the title.

And it didn't help that Tudjman established a system that favors the team to this day. It has just made things even more one-sided. In 1999, for instance, newly-promoted side NK Rijeka was within sight of the title, but Tudjman pulled various strings and ensured that his favored Dinamo finished champions nevertheless.

Transforming a group of football mercenaries into a real team

That Croatia has actually made it to the Wold Cup final is therefore almost miraculous. The team's little known coach, Zlatko Dalic, has succeeded in forging a motley band of football mercenaries into a harmonious whole. They are hungry for the title. Dalic has only taken players to Russia who are ready to give everything for the trophy. Now, they are very close to making their dream come true.

Domagoj Vida has apologized for a video posted on social media in which he said "glory to Ukraine" after Croatia's win over Russia. Tensions between Russia and Ukraine have been high since Russia annexed Crimea in 2014. (12.07.2018)

On Sunday, France take on Croatia in the World Cup final in the Luzhniki Stadium in Moscow. But the darkest chapter of the stadium's history, when at least 66 people lost their lives in 1982, has largely been forgotten. (12.07.2018)