Croatia go in to Wednesday's semifinal against England hoping to go one better than the first side from their country to compete on the global stage. But how do Ivan Rakitic and co. stack up against the class of 1998? 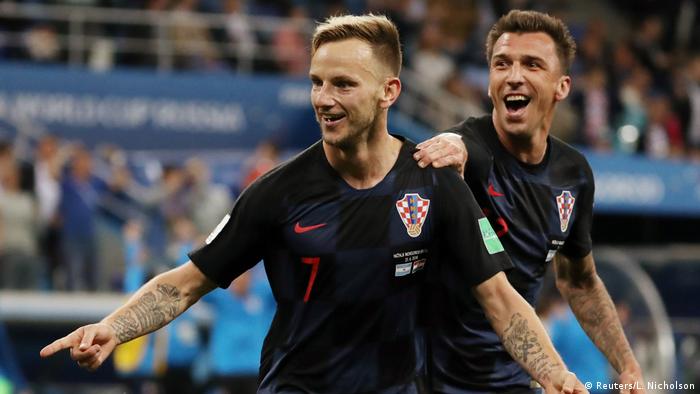 Just as with finalists France, Croatia's run in Russia has cast the collective footballing mind back 20 years. For the French side, hosts and winners back in 1998, only a repeat will do, but Croatia desperately want to go at least one stage beyond the side that lost to the hosts in the semifinal before defeating the Netherlands in the third place match.

The respect between the two generations is apparent. Davor Suker, golden boot winner in 1998 and current president of the Croatian FA, has said skipper Luka Modric has been the best player at the tournament and that he'd "give Luka three votes [for the Golden Ball] if I could."

Modric's midfielder partner Ivan Rakitic, who has become the first man to score two decisive shootout penalties in the same World Cup, says their predecessors are always on the minds of the current crop. "They are our heroes, our inspiration, we want to continue on that way," the Barcelona man said. But how do the two teams compare? DW takes a look.

Read more: Croatia's Bundesliga stars have 'no fear' ahead of England semifinal 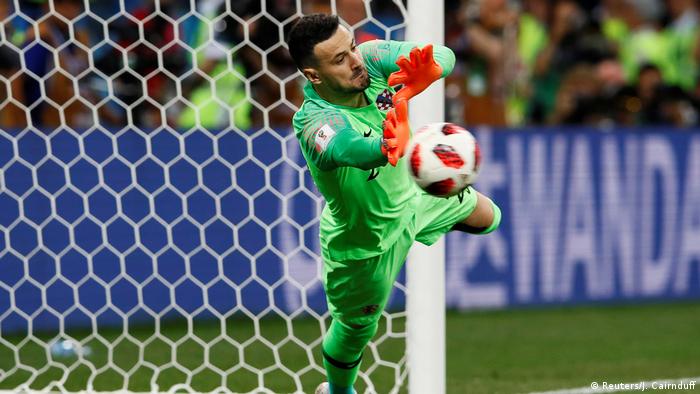 Daniel Subasic, the current keeper, has excelled in Croatia's shootout wins and has been a reliable stopper for Monaco for the last six years, but a bad mistake against Denmark showed why he's not regarded in the top tier of world keepers. The man between the sticks in 1998, Drazen Ladic, is now Croatia's assistant manager and was a solid but limited stopper, who spent the vast majority of his career at Dinamo Zagreb. 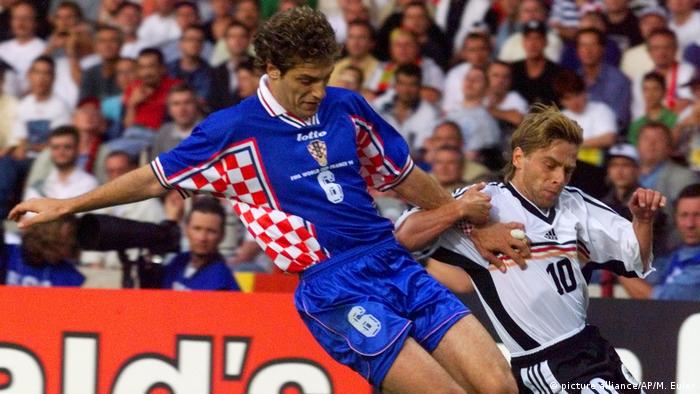 Ahead of Ladic was an uncompromising but classy trio of central defenders. Sweeper Igor Stimac was a better player than his hot temper often made him look, Dario Simic enjoyed a tournament good enough to earn him a move to Inter Milan and Slaven Bilic, an intelligent ball-playing center back excelled throughout the campaign, but showed his dark side when falling to the floor under minimal contact from Laurent Blanc in the semifinal. That dive that meant the French skipper missed out on the crowning win over Brazil. Wingbacks Robert Jarni and Mario Stanic were a constant threat, despite the latter being played way out of position.

The 2018 side have opted for a back four, with Dejan Lovren and Domagoj Vida at its heart. Lovren, currently with Liverpool in the Premier League, comes with a reputation for errors, but can also turn in high quality displays. In Russia, he's been out-performed by Vida, whose headed extra time goal against Russia in the quarterfinal capped a strong tournament to date. But neither have the class of Bilic or Simic. Either side of that pair is Sime Vrsaljiko and Ivan Strinic, both of whom have looked a little more vulnerable as the campaign has progressed. 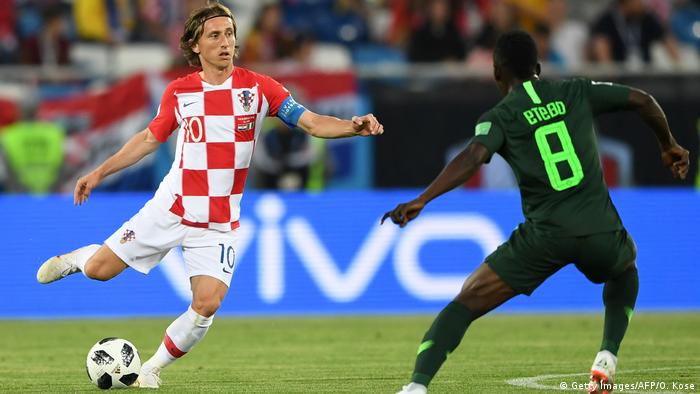 Luka Modric is a key cog in Croatia's side

The middle of the park is an area where both teams have demostrated flexibilty. In the 90s, captain Zvonimir Boban, a top class playmaker who won the Champions League with Milan, was a mainstay alongside Aljosa Asanovic, another forward-thinking, technically gifted player. Much like current boss Zlatko Dalic, 1998 coach Miroslav Blazevic alternated between a holding midfielder that could release his playmakers and bolstering his attack.

For Boban and Asanovic, read Modric and Rakitic (pictured, top). The Real Madrid and Barcelona pair have formed an outstanding partnership over the last decade or so and are both widely regarded as among the best midfielders in the world. Both have impressed in Croatia's run and are the foundation the semifinalists are built around. 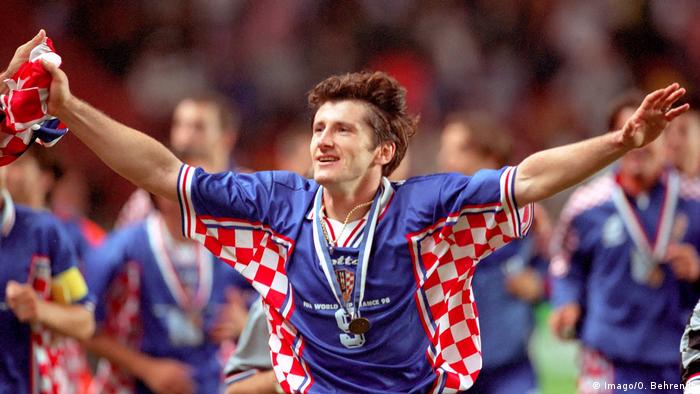 Alen Boksic, then one of Serie A's best strikers was forced to sit out the 1998 tournament with an injury, which put a huge weight on the shoulders of Suker, then of Real Madrid. If Suker felt the pressure, it didn't show. The penalty box predator won the golden boot with six goals and scored in all but one of Croatia's seven matches. He was also awarded the silver ball as the second best player in the tournament behind Brazil's Ronaldo. Suker was often partnered with the Goran Vlaovic, then of Valencia who, while much less prolific (his only goal came in the 3-0 quarterfinal win over Germany), was a perfect foil.

This time around, Mario Mandzukic has led the line. Unlike Suker, the powerful Juventus forward's strengths lie in his hold up play and aerial ability, though he's also competent in front of goal. He's scored just once in the tournament, in the last 16 match against Denmark, but has laid on two goals for teammates. Hoffenheim's Andrej Kramaric has also featured sporadically for his country, scoring the equalizer against Russia last time out after smart work from Mandzukic, while Frankfurt's Ante Rebic offers a penetrative, albeit inconsistent, threat.