On Sunday, France take on Croatia in the World Cup final in the Luzhniki Stadium in Moscow. But the darkest chapter of the stadium's history, when at least 66 people lost their lives in 1982, has largely been forgotten. 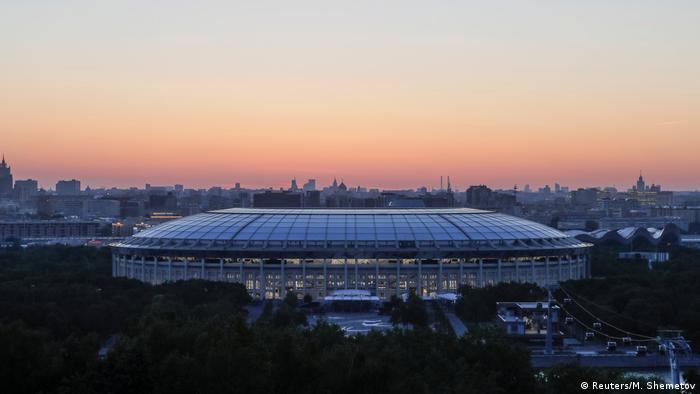 It had been snowing and temperatures had plunged to below freezing on October 20, 1982. Nevertheless, 10,000 football fans were determined to see Spartak Moscow's UEFA Cup home game against HFC Haarlem of the Netherlands.

At the Lenin Stadium, the militsiya, the Soviet police, had forced everyone on to one stand in order to keep a better eye on the "unbridled, capitalistic tendencies" of the fans. The terraces were icy and the steps slippery. By the end of the night, at least 66 people were dead. Other reports put the number of fatalities closer to 340.

In the collective psyche of European football fans, some locations will forever be associated with tragedy. Heysel, in Brussels, where 39 Juventus supporters died in a crush ahead of their 1985 European Cup final against Liverpool. Or Hillsborough, in Sheffield, where 96 people were crushed to death at the 1989 FA Cup semifinal.

But the catastrophe in Moscow in 1982 is less well-known. Since 1992, the Lenin Stadium has been named after the Moscow district where it is located: Luzhniki. On Sunday, the extensively revamped arena will host the World Cup final. But it's also an opportunity to remember one of its darkest days.

Scarves made of scout neckerchiefs

In order to understand the political dimension to the tragedy, we have to go a few years further back – to the 1972 European Cup Winners' Cup final between Glasgow Rangers and Dynamo Moscow in Barcelona.

The development of a western European-style fan culture occurred relatively late in the Soviet Union. But the sight of thousands of Scottish supporters invading the pitch shortly before the final whistle, waving their flags and scarves to celebrate their team's impending 3-2 victory, left an impression on the millions of viewers watching on television back in Russia.

"British fan culture was held up as a model worldwide," says Hardy Grüne, a fan researcher and editor of the German-language Zeitspiel magazine. "Everyone followed their lead."

In the mid-1970s, more organized fan scenes began to be established in the Soviet Union, particularly at the Moscow clubs. Spartak supporters would fashion their red scout neckerchiefs into football scarves and wear them at school or on the Moscow metro – behavior that the one-party communist state considered a threat.

Obscure group hierarchies, unchecked emotions, insulting chants and physical violence didn't go down well with officials, especially at a time of heightened tensions surrounding the 1979 Soviet invasion of Afghanistan, the western boycott of the Moscow Olympics in 1980 and the emergence of the Solidarność trade union movement in Poland. 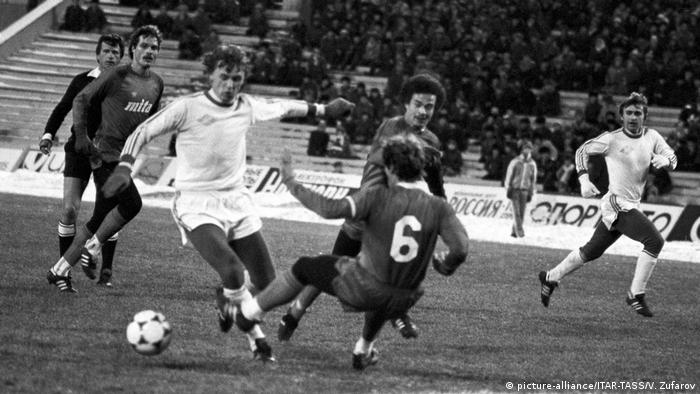 Groups who didn't adhere to Soviet norms could expect repercussions – including football fans suspected of "western bourgeois subversion." The minimum age limit to enter a stadium was raised to 16 and flags and scarves were forbidden. Those who broke the law faced arrest and expulsion from their place of work, training or studies.

"Fan culture has always been a youth culture which pushes boundaries," says Grüne. "But in the Soviet Union, the authorities were worried that this could transform into political protests inside stadia."

Still, on that October day, fans in the Lenin Stadium displayed banned scarves and hats and drank alcohol, leading to clashes on the terraces. Police only opened one exit, in order to more easily identify and arrest fans later. By the time Spartak made it 2-0 in injury time, many fans had already headed for the exits but now hurried back along a narrow step to celebrate.

The steel railing gave way and hundreds of people collapsed onto the concrete. Panic ensued. Over 500 people were injured, mostly aged between 14 and 19. The militsiya laid the bodies at the foot of the statue of Lenin outside the stadium, which was cordoned off. 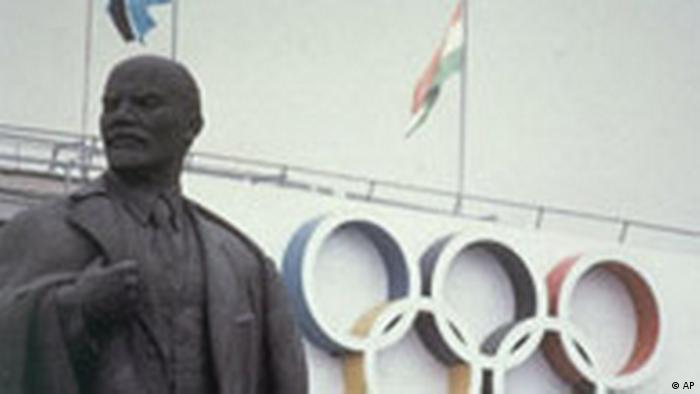 A statue of Lenin outside the stadium during the 1980 Olympics

Mourning in the shadow of the KGB

The only passing reference to the tragedy appeared in the Vechernyaya Moskva newspaper, which reported: "There was an accident during the football match at the Luzhniki Stadium. Several spectators were injured."

Any further details were withheld by the state censors, explains Manfred Zeller, an expert in eastern European history who has studied Soviet fan culture and seen internal documents which reveal that any plans to remember the victims were quickly prohibited. "Even when the victims' families gathered at their graves, they were shadowed by the KGB," he says.

For the security forces, the fans were to blame for the tragedy, and there followed a sharp increase in repressive measures, supported by the All-Union Leninist Young Communist League, or Komsomol, which also included many football supporters. Many more moderate fans referred to the repression as a "terror" and gave their hobby up. Others took their passion underground and became more extreme and more violent.

Only once the era of perestroika arrived did a change occur. "Under Mikhail Gorbachev, the Soviet leadership tried to support local initiatives and establish official fan clubs," says historian Zeller. "But the hardcore fans had already been radicalized. By that time, it was barely possible to distinguish between a peaceful and violent fan culture." And the consequences can still be felt today.

The first detailed account of the Luzhniki Stadium disaster appeared in the Sovetzki Sport daily in 1989. Other publications followed suit but the collapse of the Soviet Union soon shifted the focus to other problems as the whole security apparatus disintegrated. In 1992, a small memorial was erected at the stadium but it's easily missed.

Perhaps the World Cup final will trigger more remembrance at the site of a forgotten tragedy.