The centuries-old Oberammergau Passion Play is back | Culture | Arts, music and lifestyle reporting from Germany | DW | 13.05.2022

The centuries-old Oberammergau Passion Play is back The pandemic delayed the famous play for two years

"It's got everyone mesmerized again," said director Christian Stückl, just days before the curtain is set to rise on May 14 for this year's premiere. People in the Bavarian town of Oberammergau are excited to be back on stage, Stückl said.

Almost every day, the townspeople will climb onto the huge open-air stage to recount the story of Jesus Christ, his life and death, the resurrection. They will sing, play music and act until the season ends on October 2. 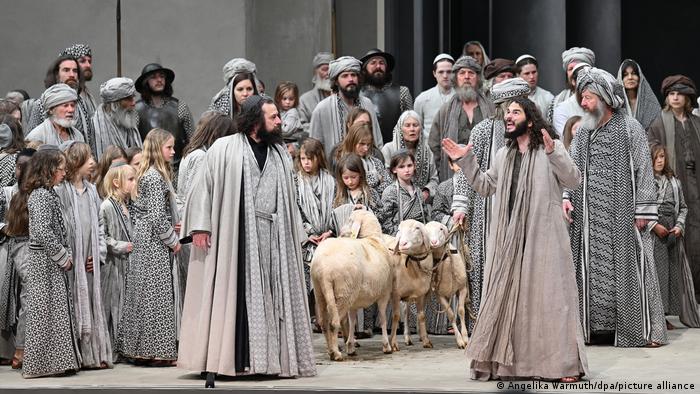 Old and young Oberammergau residents participate in the play

The Passion Play was originally scheduled for 2020. The people of Oberammergau are still fulfilling a vow made in 1633: During the Thirty Years' War (1618-1648), 84 people from the small town died of the plague, so the villagers vowed to perform the Passion of Jesus every 10 years should they be spared. All they had were their prayers — and their prayers were answered.

Even today, more than half of the town's residents participate, either as amateur actors, in the choir or in the orchestra.

The five-hour performance begins in the afternoon with the ride into Jerusalem and tells the Passion story through the Last Supper to the Crucifixion. The play ends in the evening hours with the Resurrection.

There are 103 performances, scheduled from May 14 to October 2, with daily shows except on Mondays and Wednesdays.

It's Christian Stückl's fourth stint in a row as director of the play. Stefan Hageneier is responsible for stage design; Markus Zwink for the music.

Some of the rituals and rules seem a bit anachronistic: Adult performers must have lived in Oberammergau for at least 20 years.

Men, with the exception of those who play the Romans, are to let their hair and beards grow from Ash Wednesday of the previous year to give the play a more realistic touch.

Each and every one of the approximately 5,400 inhabitants is allowed to participate. All roles are double cast, so about half of the village is on stage, including almost 500 children. 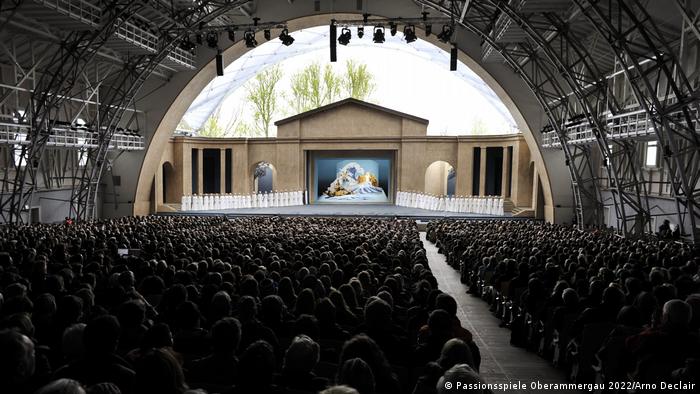 This year is different in that, for the first time, a Muslim will play the role of Judas, the most coveted of the 21 main roles next to Jesus.

Just 30 years ago, you had to be Catholic to participate. "As a child, I didn't know exactly who Jesus was and who Judas was," Judas actor Cengiz Gorur recently told Der Spiegel news magazine. "It's a role, and I prepared well."

The theater building is 120 years old and seats just shy of 5,000 visitors. It is a listed building, owing mainly to its special construction and technology, but also because of its historical significance for popular and amateur theater.

Since 2014, the World Cultural Organization UNESCO has listed the Passion Play as a German Intangible Cultural Heritage.

The open-air play, which earns the municipality millions of euros every 10 years, became famous beyond the country's borders in the 19th century.

The extension of the railroad line to neighboring Murnau made travel to Oberammergau much easier. Thomas Cook travel agents arranged for international guests. Celebrities including Franz Liszt, Richard Wagner, Max Reinhardt, John D. Rockefeller and Henry Ford all came to see the play. 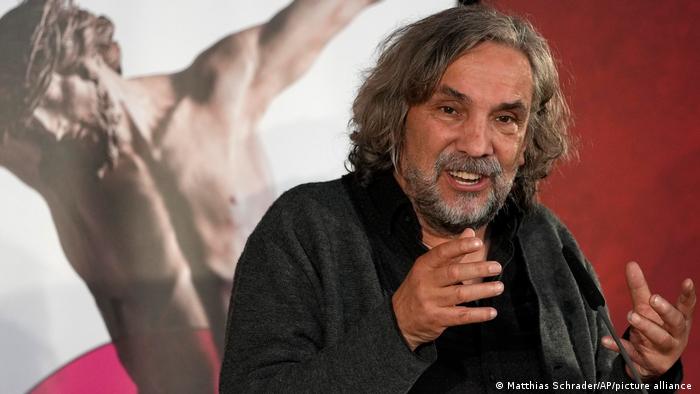 Rochus Rückel and Frederik Mayet are the two Jesus actors in Oberammergau this year. "Two years ago, we were getting closer to the premiere when coronavirus hit," said Mayet. With regard to the war in Ukraine, people may take a different view of the play revolving around Jesus and his message, he said. "But the message of the Passion Play is always relevant."

"There is a time of fear in Israel. Cries of war fill the land, poverty and disease ravage you": Those are among the first sentences said by the Jesus character on stage.

The current crisis, Mayet said, shows what poverty and disease mean — and how insignificant human beings are.

Despite medical advances, we are not much further ahead than we were 2,000 years ago, or 400 years ago when the plague broke out in Oberammergau, Mayet said.

Jesus on the cross

The Jesus role requires the actors to stay up on the cross for about 20 minutes, their bodies secured with nails, loops and ropes. "Exposed and half-naked — it's pretty uncomfortable," said Mayet. Jesus speaks a few last words on the cross, convulsed in agony. It can take quite a few minutes, during which he is not allowed to budge, until he is finally taken down from the cross. "It's pretty exhausting sometimes." 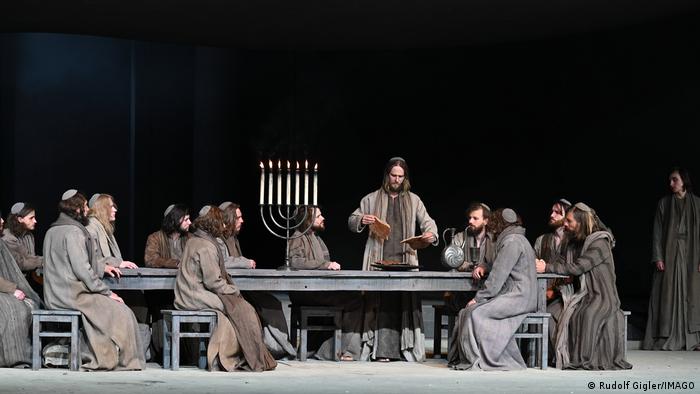 The Last Supper on stage at Oberammergau

In 2020 and 2021, COVID-19 restrictions forced theaters nationwide to close for many months, which also meant canceling the Oberammergau production.

In 2022, two years later than planned, the Oberammergau Passion Play is finally back. Tickets are still available, according to the organizers.