The US billionaire and the patriarch of the Rockefeller family, David Rockefeller, passed away in his sleep in the state of New York at the age of 101. He was among the most influential business people in the world. 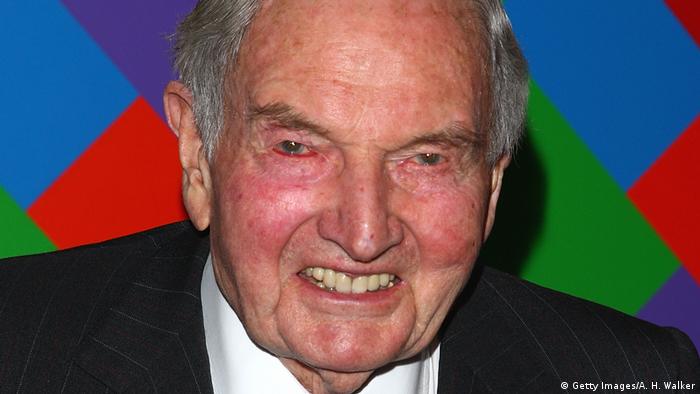 Rockefeller Fund: 'The oil age is coming to an end'

Stephen Heintz, president of the Rockefeller Brothers Fund, explains to DW how it makes perfect sense that a fund which got rich on oil is now divesting from fossil fuels. (17.11.2015)

For the first time Henry and Walter Kissinger, whose German Jewish family fled the Nazis in 1938, talk about their odyssey from the small Bavarian town of Fürth to America, and their confrontation with anti-Semitism. (29.06.2007)

Rockefeller died of congestive heart failure on Monday in his home in Pocantico Hills, New York, according to the family's spokesman.

The world-known philanthropist and confidante of several US presidents, David Rockefeller, was born in 1915 as the grandson of the oil baron John D. Rockefeller, the first billionaire in the US history. As the guardian of his family's business empire, David Rockefeller worked to maintain and enlarge its influence all over the world. He graduated from Harvard in 1936 and received his PhD from the University of Chicago in 1940. He joined the US army during World War II, where he served in military intelligence in north Africa and France.

In 1961, David Rockefeller became the president of Chase Manhattan Company, where he stayed until his retirement in 1981. The bank later transformed into JPMorgan Chase & Co.

His brother, Nelson Rockefeller, served as the Governor of New York and Vice President of the US under Gerald Ford in the mid-1970s. Another sibling, Winthrop Rockefeller, was a Repubilcan Governor of Arkansas.

Unlike his older brothers, David Rockefeller never ran for office, but was known for his links with political figures such as Henry Kissinger, the national security advisor to presidents Nixon and Ford. He also used his family name and wealth to accumulate influence with leaders all around the world. 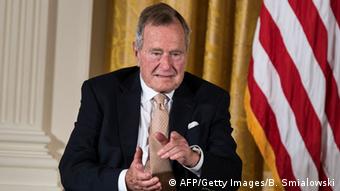 Commenting on the news of Rockefeller's death, former US President George H.W. Bush said he was "deeply saddened" by the death of a "wonderful friend."

The banker's connections and "keen aptitude for issues" made him a valuable adviser to presidents of both parties, he added.

Rockefeller traveled the world both before and after his retirement, traveling to the Soviet Union, South America, and China. He persistently lauded the benefits of capitalism.

"American capitalism has brought more benefits to more people than any other system in any part of the world at any time in history," he once said. "The problem is to see that the system is run as efficiently and as honestly as it can be."

He was also famous for his philanthropy and reportedly gave away around $2 billion in his lifetime. To mark his 100th birthday in 2015, Rockefeller gave 1,000 acres of his land next to a national park to the state of Maine.