The Bundesliga is the best league in the world — but it′s at a crossroads | Sports | German football and major international sports news | DW | 02.02.2020

The German top flight is the most atmospheric, socially-aware and fan-friendly league in Europe. This year, it boasts the closest title race, too. But the Bundesliga also has to decide what it wants to be. 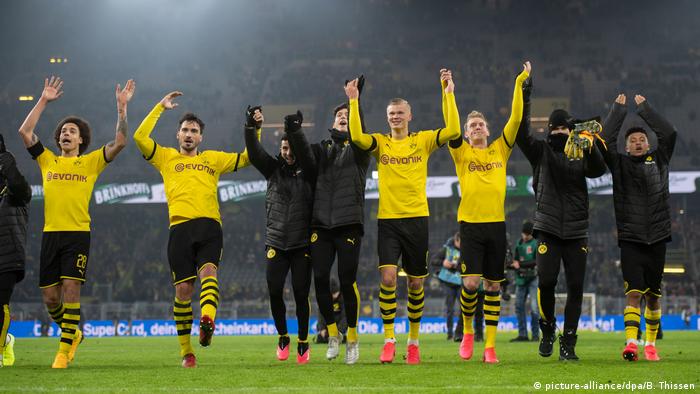 On Friday night in the Cologne suburb of Ehrenfeld, a group of English football supporters were enjoying a concert ahead of a weekend of Bundesliga action.

On the Saturday, they would head up to Dortmund to join hundreds of other British fans who, according to the club's own figures, attend every Borussia Dortmund home game. Then on the Sunday, it would be back to Cologne for the visit of Freiburg.

They wouldn't have been disappointed as both fixtures delivered those ingredients which attract foreign visitors to German stadiums every weekend: affordable tickets, standing terraces, raucous atmospheres and a drink in the stands with friends.

In Dortmund, club legend Neven Subotic looked close to tears as he stood in front of the towering Yellow Wall at full-time, 24,000 fans chanting his name despite him wearing the red shirt of opponents Union Berlin. In Cologne, yet another full house performed the weekly ritual of swearing loyalty to their club, promising to go with them "through the fire if we must,” as the song goes.

There were similar scenes in Berlin on Friday night, where 8,000 travelling Schalke supporters displayed a huge banner reading: "Eingetragener Verein." Roughly translated as "registered association," the unsexy phrase refers to the section of a German football club which contains the voting members. In Schalke's case, over 160,000 of them.

Even though most German clubs (although not Schalke) have outsourced their professional football departments into separate companies, the "e.V." still retains majority control over those companies in adherence to the 50+1 ownership rule.

German football has precisely this club structure to thank for so many of its best attributes, ensuring it remains anchored in its local communities and acutely aware of its social responsibilities. Whether commercialism, police surveillance, right-wing extremism or gender equality, German football reflects the societies in which it takes place.

This weekend, for example, on the 75th anniversary of the liberation of Auschwitz, Holocaust memorial took center stage. In Mainz, fans of both Mainz and visitors Bayern Munich displayed home-made banners conveying messages on the theme of "Nie wieder" – never again.

Of course, football is played as well and this season the Bundesliga is again proving to be the league for promising young talent and progressive modern coaching. In Dortmund on Saturday, Jadon Sancho and Erling Haaland continued to set new records. In Leipzig, the two coaches of the moment went head to head in the form of Julian Nagelsmann and Marco Rose.

Despite its best efforts however, the Bundesliga has always been held back by the glaring lack of a serious challenge to Bayern Munich, but even that is different this time. The Bundesliga has a title race again – the closest in Europe, with the top four separated by only three points.

It's a title race which has produced top-of-the-table clashes of genuine quality and the lead has changed several times. Before Christmas, Borussia Dortmund's 3-3 draw with RB Leipzig was one of the games of the season, while Borussia Mönchengladbach came from behind to beat Bayern Munich 2-1. They almost beat RB too on Saturday before the hosts profited from a controversial red card in an enthralling 2-2 draw. 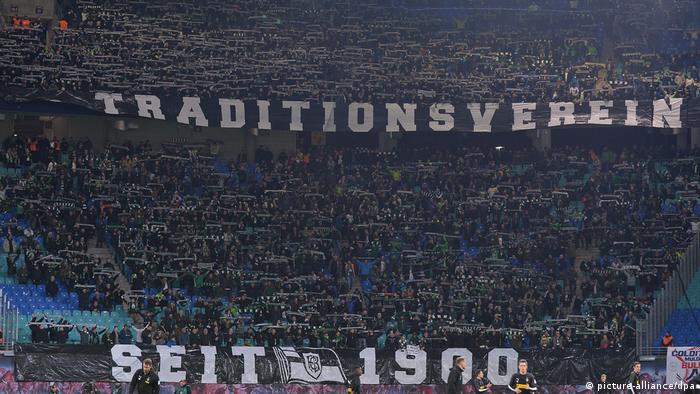 What does the Bundesliga want to be?

In the away end in the former Zentralstadion in Leipzig, the traveling Gladbach supporters stood behind banners proclaiming the five-time German champions to be a "traditional club since 1900" – a thinly-veiled dig at their opponents, founded in 2009 by an Austrian energy drink manufacturer with the primary purpose of marketing a pre-existing brand.

Adhering to the 50+1 rule on paper only, the presence of RB Leipzig in the Bundesliga makes a mockery of German football's club culture. But the undeniable role they have played in the title race thus far poses fundamental questions: is this the only way anyone can hope to compete with Bayern Munich? Is this really the future that the Bundesliga wants?

A broader trend is also at play - in Germany and further afield. The excitement of the title race is due at least in part to Bayern Munich's poor start to the season, but the champions returned to the top of the league this weekend for the first time since Nico Kovac's sacking. They barely broke sweat in an ominous 3-1 win away at lowly Mainz.

The same gulf in class has been visible in Dortmund wins over Augsburg, Cologne and Union Berlin in consecutive weeks, with BVB scoring five in each. It's symptomatic of a trend across European football, as the top echelon of super-rich super-clubs pull away from the rest, moving seemingly inexorably towards a breakaway European Super League.

With the 50+1 ownership rule and a deep-rooted club culture, German football has so far managed to protect itself from the worst side effects of such developments. It's why those English fans were in Dortmund on Saturday and Cologne on Sunday, and not spending the weekend in an expensive, souless, all-seater Premier League stadium watching a club owned by American venture capitalists or a middle-eastern state.

There is clearly a demand for Germany's way of doing football, and the Bundesliga shouldn't forget that as it approaches a defining crossroads.