In a new post-COVID-19 world, many of Thailand's antiquated school rules remain. But some students are rebelling against an education system which they say nurtures a culture of unquestionable acceptance of authority. 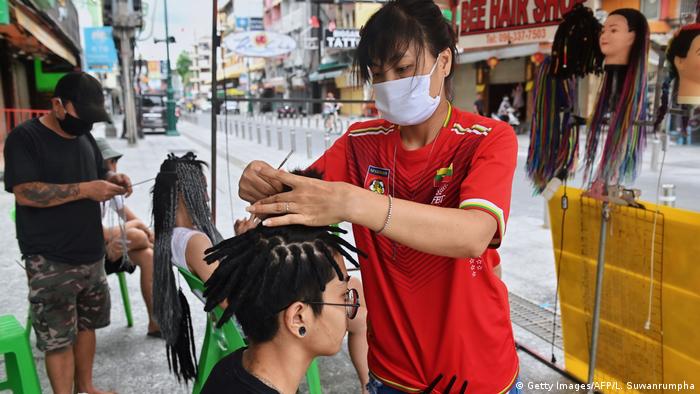 When students across Thailand returned to school on July 1 after more than four months of closures due to the coronavirus pandemic, reports of students receiving forced haircuts – often humiliatingly carried out in public – emerged on social media platforms.

Punished for not having a short enough mandatory pudding-bowl bob, 15-year-old Lalita [whose name has been changed to protect her identity] was forced to have her hair cut in front of her peers during the flag raising ceremony at her school in the northeastern province of Si Sa Ket.

Before her school reopened, Lalita obtained written approval to have her hair mid-length but neatly tied back with a ribbon. When she returned to school, however, she said teachers chopped off her hair so that other students would stop asking them to have the right to choose their own hairstyle.

"One side of my hair was long, while the other was short. I was naturally embarrassed," Lalita recalled, adding that cutting off students' locks against their will is a regular occurrence in Thailand.

"Couldn't the teacher have told her nicely that her hair was too long and that she needed to have it cut shorter? You could have warned her. It's not like she wouldn't listen," the 33-year-old mother said.

After failing to reach the teachers responsible for cutting her daughter's hair, Phailin took to Facebook to expose the incident which she felt was a case of undue punishment. But Lalita's teacher retaliated by making spiteful comments online after she raised the issue with her.

The school's director warned pupils not to bully Lalita or bring up the forced haircutting incident, but Phailin said the incident left her daughter feeling guilty and wanting to transfer to another school. 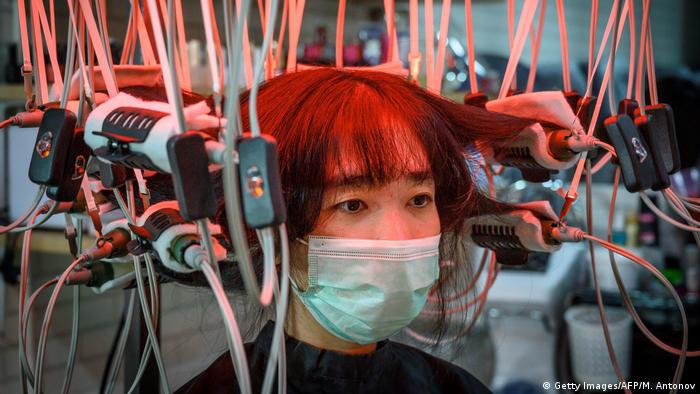 For decades, strict school dress codes mandated earlobe-length bobs for girls and army-style crew cut close to the scalp for boys. It is not uncommon for teachers to shave male students' hair, leaving just a strip at the back of the head.

Introduced in 1972 by the military government, rules on school dress codes were partially eased in 1975 to allow male students to have longer hair. But for female students, the rules remained the same. With school permission, however, long hair is authorized but must be neatly tied.

In May this year, the Ministry of Education issued an instruction for schools to clarify existing rules to reflect changing times and to protect human dignity.

However, many schools chose to ignore the instrucitona and continue to look enforce old rules. Phailin says her daughter's school director claimed to have never even been informed by the ministry.

Lalita's experience prompted the ministry to send a letter to all schools, instructing them to repeal earlier regulations on student hairstyle and length.

A maths teacher at a school in Bangkok, who requested anonymity, admitted that although she never went as far as cutting or shaving her students' hair, she used to enforce strict hair policies because she believed it would instill discipline in students.

Fifteen-year-oldBenjamaporn Niwas co-founded the group "Bad Students" to challenge mandatory school hairstyles in the name of order and discipline.

"Whether or not one has discipline has nothing to do with their hairstyle… There are many ways to discipline a child without violating human rights," Niwas told DW.

In a photo of her that went viral on Twitter, Niwas can be seen sitting on a chair in front of a busy station in central Bangkok with duct tape covering her mouth, her hands tied behind her back and a pair of scissors on her lap. A sign hanging around her neck reads: "This student violates a school rule by wearing her hair past her earlobes and with bangs, destroying the identity of Thai students. Please punish her."

Niwas has received both praise and backlash online for her protests.

Some netizens remarked that children who cannot comply with rules are less likely to become law-abiding adults while some made misogynistic comments.

But Niwas said she prefers to focus on the positive outcomes of her campaign, which she believes has raised awareness and made people start questioning decades-old regulations.

"When there are no rules weighing on students, when their human rights are not violated and when they are not forced to have their hair cut, they can be confident, be themselves, flaunt their individuality and be more creative," Niwas said.

Thailand's education system is focused on conditioning people to abide bycertain social norms and does not encourage students' development ofcritical thinking skills or creativity, explained Treethep Srisanga, a Thai graduate student at the University of Florida.

"It [Thai school system] nurtures the culture of unquestionable acceptance of authority," Srisanga said, adding that "the system often encourages teachers to act in an authoritarian manner."

According to Dollaya Hirunyasiri, a manager of the local non-governmental organization Sodsri Saridwong Foundation, Thailand's schooling "discourages critical thinking and also makes children not be in charge of their own life and always staying within the mould that the school has created for them."

Hirunyasiri said Thailand's rigidity is reinforced by a teaching style dictated by centralized educational authorities who promote rote-memorization as the standard form of learning and diminishes the development of reasoning skills and effective thinking.

Students are discouraged from disagreeing with their teachers, which is considered as a form of aggression and rebellion against Thai cultural norms, Hirunyasiri added.

But teachers are not the only ones to blame, she said. According to Hirunyasiri, the problem is systematic and therefore harder to overcome because those in power have an interest in maintaining the status quo.