The Taliban have promised to end the practice of young girls being sold off to pay debts. However, the Islamist fundamentalists have not clarified how they intend to implement the decree. 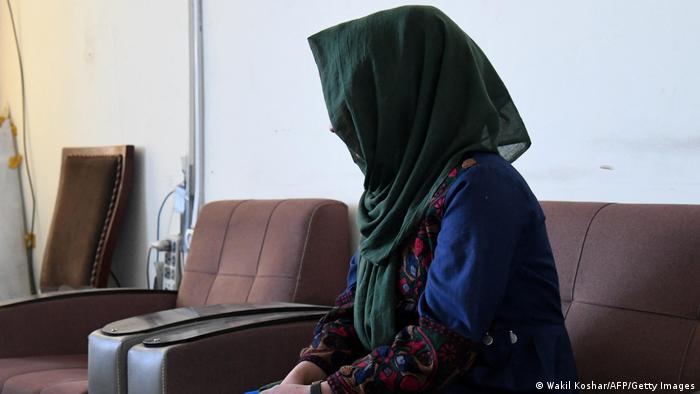 The Taliban decree address adult women, but does not mention girls sold into marriage

The Taliban issued a ban on forced marriage, a move aimed at gaining recognition of their government from other nations and thus restoring financial and monetary aid.

Supreme Leader Hibatullah Akhunzada made the announcement Friday as the country's economy collapses in the wake of the Taliban's takeover of the country in August.

"Both [women and men] should be equal,'' said the decree, adding that "no one can force women to marry by coercion or pressure.''

Despite the decree's insistence on men's and women's equality,  women in Afghanistan have virtually disappeared from schools, workplaces and television screens across the country in recent months.

Moreover, the decree did not detail how the new law would be implemented in a country where impoverished rural families often see marrying off their daughters as one of the few options available to make ends meet.

The decree also said widows would be free to marry whomever they chose. Previously under Taliban rule, widows were often forced to marry another member of their late husband's family.

Mahbouba Seraj, the executive director of the Afghan Women's Skills Development Center, was cautiously optimistic at the news.

"This is big, this is huge ... if it is done as it is supposed to be, this is the first time they have come up with a decree like this," she told Reuters news agency. "Now what we have to do as the women of this country is we should make sure this actually takes place and gets implemented."

Roya Rahmani, the former ambassador for Afghanistan to the United States, also welcomed the news, adding that it was "a very smart move on the part of Taliban at this point because one of the (pieces of) news that is attracting the West's attention is the fact little girls are being sold as property to others in order to feed the rest of the family."

Heather Barr, associate director of women’s rights at Human Rights Watch, questioned how the decree would be enforced and what it did not address education and work for women and girls.