Europe has a poor track record when it comes to Syrian refugees fleeing the civil war. Germany would like to better that a bit by accepting larger groups of "contingent refugees." 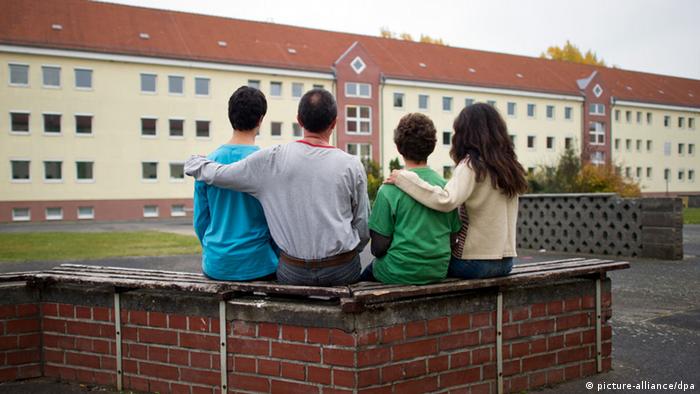 More than three years ago - in March 2011 - a popular uprising against Syria's president, Bashar al-Assad, began. But what started as peaceful demonstrations against the regime quickly devolved into armed conflict.

Of the country's original 22 million inhabitants, some 2.8 million have fled abroad, according to data from the UN High Commissioner for Refugees, UNHCR. Of the 19 million remaining, roughly one in three has been internally displaced, seeking safety from bombs and raids by leaving their homes but staying in the country.

Who's taking them in?

Most refugees who left Syria now reside in neighboring countries. Lebanon has borne the largest burden: The small country of 4.5 million is providing refuge for more than 1 million Syrians. The next largest groups of refugees are sheltered in Turkey, Jordan, Iraq and Egypt, respectively.

But it's Lebanon that EU countries have committed themselves to helping. To do so they'll take on specific contingents of refugees.

In May 2013, Germany agreed to grant 5,000 Syrians asylum. They raised the number to 10,000 in December. Human rights organizations criticize the move as too limited in scope. The groups have said it takes far too long to choose those to be accepted into the placement program - there were reportedly over 75,000 applications for the second set of 5,000 spots.

In addition to Berlin's plan for the country, German states, with the exception of Bavaria, have implemented their own programs to take in Syrian refugees. The state plans aim to give Syrians who've already made it to Germany the opportunity to bring their relatives with them. That said, they'd be financially responsible for those relatives, with the exception - in some states - of health insurance. Thus far, and with the help of 15 states, 4,500 visas have been issued.

These programs, however, are not the way most Syrians reach Europe. Instead, they chart their own, far more dangerous, path. Boats packed with refugees often need rescuing or even sink in the Mediterranean Sea. Land borders, which in this case means Turkey, are difficult to penetrate.

Roughly 40,000 Syrians have arrived in Germany since 2011, with 32,000 having applied for asylum as of April 2014, according to the Interior Ministry - a number slightly inflated by the ministry's inclusion of secondary applications after a first attempt fails. The UNCHR had counted 19,000 as of December 2013.

Rejected applicants can stay in Germany until further notice, since the country is not deporting anyone to Syria during the war.

How are refugees resettled?

When people request asylum in Germany, they're first sent to an "initial reception center." The typical stay there is generally three months. Afterwards, asylum applicants are spread across Germany's 16 states according to a formula developed 60 years ago, the "Königstein formula," which factors in population levels and tax revenues. The states then distribute the newcomers to cities and towns.

What's the difference between a "contingent refugee" and an asylum seeker?

Contingent refugees come at Germany's invitation. Upon arrival they immediately receive a residency permit for two years. They don't have to go through the traditional steps of the asylum process. They apply in Lebanese refugee camps and are chosen based on certain criteria. They have to be in need of medical treatment, or protection, for example, or already have relatives in Germany.

Syrian refugees who travel to Germany on their own, meanwhile, cannot retroactively apply for "contingent refugee" status. They have no other option but to apply for asylum and then wait for the process to run its course.

What rights do asylum applicants have? 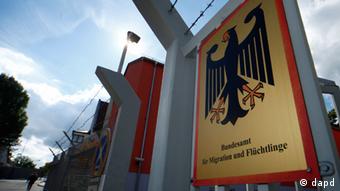 A migrant and refugee office located in Bavaria

German law stipulates what asylum seekers can and cannot do. After the "initial reception" stage, asylum seekers are either housed in group accommodation or apartments. German states interpret that differently, but each applicant must receive 6.5 square meters (70 square feet). Aid organizations have criticized collective accommodations that they said included fenced-in former barracks and often have no access to public transportation.

A so-called "residence requirement" determines the area within which asylum seekers can move in relation to their accommodation. For daily needs, such as food, they receive food packages, store coupons or cash. They're not allowed to work in their first nine months in Germany. Afterwards, the situation doesn't get much easier, since employers must first take on German workers, EU nationals or recognized refugees.

Which rights to contingent refugees have?

Unlike asylum seekers, contingent refugees can work immediately. If they can't find work, they have a right to basic security such as unemployment benefits or other social welfare benefits - just like German citizens. They must also attend an integration course and a language course. As for accommodation, they also have things easier: To the extent possible, the goal is for them to receive their own home - and not live in collective centers.

The numbers are dramatic: In the first five months of 2014 Italy has received 35,000 people - more than all of last year. The EU Commission has yet to find a way for refugees to be distributed equally. (06.06.2014)