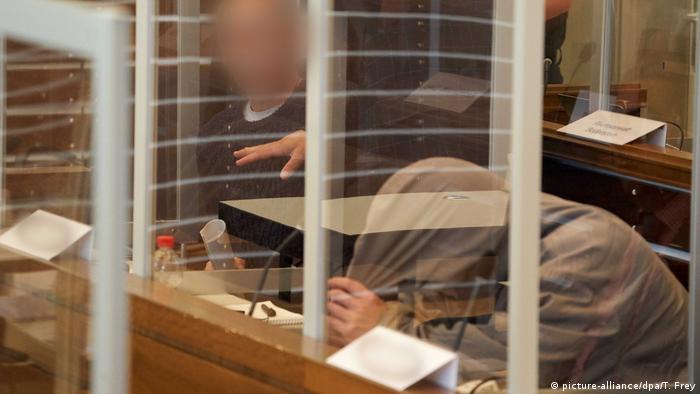 A Syrian accused of overseeing mass torture denied any wrongdoing before a German court on Monday. The defendant, Anwar R., served as a colonel of Syrian intelligence in the infamous Branch 251 detention center near Damascus before switching sides and fleeing to Germany.

In a statement read out by his lawyers in Koblenz, the former colonel claimed he had "never acted inhumanely" and denied beating or torturing prisoners. He specifically rejected charges of rape and sexual abuse.

"It is against our morals, against our religion," he said in his first official comments in the trial which started last month.

Anwar R. also expressed "regret and compassion" for all the victims. 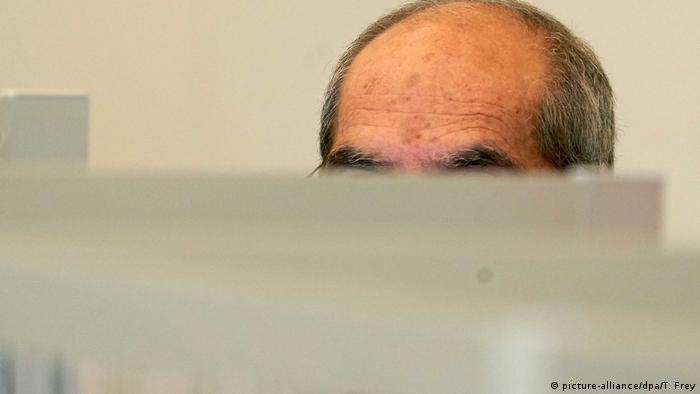 The 57-year-old principle suspect, who defected relatively early in Syria's conflict, could face a life sentence if convicted

A lawyer representing several of the victims, Patrick Kroker, dismissed the former colonel's statement as "grotesque."

The Germany-based process is the first war crimes trial against a Syrian intelligence official. The 57-year-old defendant is facing charges of supervising interrogations including "electric shocks," beatings with "fists, wires and whips," rape and sexual abuse, and sleep deprivation. Prosecutors believe the 57-year-old is responsible for the torture of around 4,000 people between April 2011 and September 2012. At least 58 people died as a result of the procedure.

After an 18-year career in Syrian intelligence services, the defendant defected in late 2012. He became an adviser to the Syrian resistance and took up a prominent role in the opposition. He eventually arrived in Germany in 2014 and got in touch with the German police, apparently raising fears that he might be pursued by his former colleagues. The former officer was arrested in February last year.

The authorities also arrested Eyed A., who is suspected of being part of a police squad that brought in protesters to Branch 251 for interrogation.

On Monday, Anwar R. said he had "helped to free" many of the detainees and noted his participation in a 2014 peace conference.

At least nine torture victims are co-plaintiffs in the Koblenz case, and are expected to be called as witnesses during the trial, alongside other survivors of the Branch 251 detention center. The victims are set to start testifying in July.

If convicted Anwar R. could face a life sentence while former police officer Eyed A. could be sentenced to up to 15 years in prison.

Two former officers with Syria's secret services have been charged by prosecutors in the southeastern city of Karlsruhe. The case pertains to alleged crimes committed in Syrian jails during the country's conflict. (29.10.2019)