In a landmark case, a Syrian regime officer is being tried for crimes against humanity in Germany. Evidence presented by prosecutors has cast a light on Bashar Assad's system of torture and oppression. 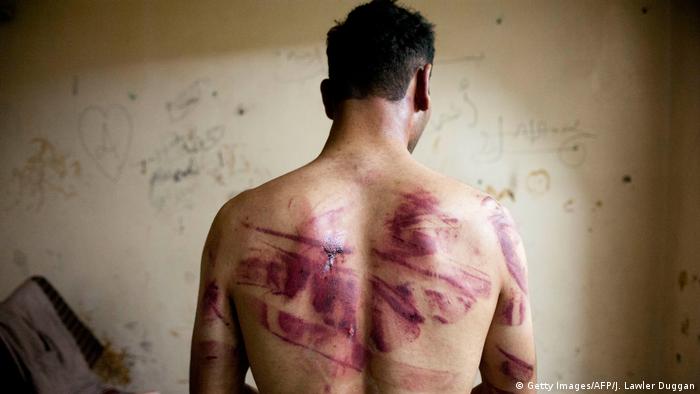 After 108 days of proceedings, a German court in the western city of Koblenz is due to rule Thursday on the case of an alleged Syrian former intelligence agent Anwar R. The 58-year-old is accused of having been a senior member of Syrian President Bashar Assad's apparatus of violence and persecution.

With the rank of colonel, Anwar R. was allegedly the man in charge of Branch 251 of the Syrian secret service and as such responsible for security matters in the capital, Damascus, according to federal prosecutors.

Branch 251 was located right next to a prison. In the court's charge sheet, it was in this prison, and allegedly under Anwar R.'s leadership, that at least 4,000 prisoners were tortured over a period of around 500 days between April 2011 and September 2012.

The prosecution has detailed allegations of rape, "severe sexual assault," physical assaults including beatings and kicking, as well as subjecting individuals to electric shocks. It is estimated that at least 58 prisoners died as a result of the abuse. A second defendant, Eyad A., was convicted last February; the former Syrian secret service agent was sentenced to four-and-a-half years in prison on charges of aiding and abetting crimes against humanity.

A week ahead of Thursday's expected verdict, Anwar R.'s defense team said he should be acquitted. Entering his plea before the Koblenz higher regional court, lawyer Yorck Fratzky said that the accused had neither committed torture nor given instructions to do so. On the contrary, Anwar R. even arranged for the release of prisoners, Fratzky argued.

The defendant has denied the allegations against him since the onset of proceedings.

The case marked the first time worldwide that members of the Syrian regime have faced charges of crimes against humanity. The German prosecutors' capacity to try the charges — against Syrian nationals accused of torturing and murdering other Syrians in Syria — in a German court is made possible by the country's Code of Crimes Against International Law, which came into force in June 2002. This code includes what is known as the principle of universal jurisdiction, allowing German courts to prosecute crimes against international law even if they were not committed in Germany and neither the perpetrator nor the victim is a German national.

Although the scene of the crime is a long way away, the body of evidence collected is substantial. Many of the witnesses came to Europe as refugees, and some of them settled in Germany. The 17 women and men who testified at the trial are being supported by the European Center for Constitutional and Human Rights (ECCHR). Nine of them are joint plaintiffs in the case against Anwar R.

Lawyer Wolfgang Kaleck is the founder of the Berlin-based ECCHR, and he is well aware of how important the investigation into the Syrian system of violence and persecution is for victims of torture. Kaleck told DW as the trial got underway in 2020 what one of the alleged torture victims had to say about the trial: "I came here as a refugee in 2015. As somebody without any rights, without any kind of existential security. This trial will give me back agency over my own life." 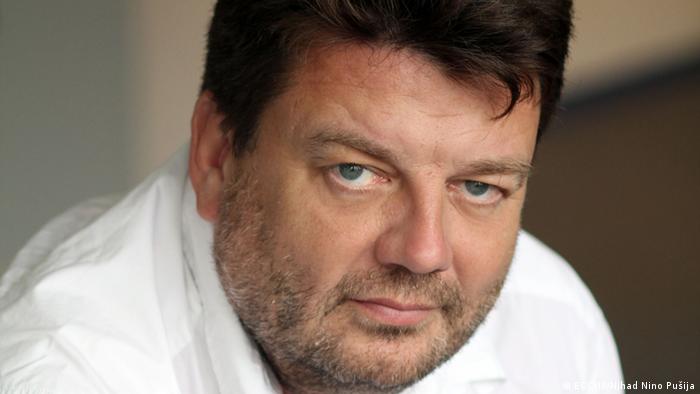 Syria under Assad: An 'orderly dictatorship'

The body of evidence is also considerable because Syria, as Kaleck puts it, is an "orderly dictatorship."

"There is no rule of law, but the country does function according to certain rules," he explains. "When somebody has a certain function, like the principal defendant, who was in charge of what was called an 'investigation unit' — that is, a unit that was involved in severe torture — then we can assume that we can to a certain extent hold him responsible." Kaleck says the trial against Anwar R. is the "beginning of the systematic coming to terms with the crimes of the Assad government — and above all the systematic torture."

German authorities have been investigating the crimes of the Assad regime since 2011. That was when federal prosecutors in Karlsruhe began what was termed a "general investigation." Whenever prosecutors believe they have collected enough evidence against a certain suspect, they launch a preliminary investigation against that person. So far, such proceedings have been opened against some 20 senior officials in the Syrian apparatus.

The most prominent among them is the former head of the Syrian Air Force Intelligence Directive, Jamil Hassan, for whom an international arrest warrant was issued in 2018. That warrant resulted from a case built by the ECCHR, which "caught the attention of both communities," says Kaleck: "Those who have suffered. And those behind the injustices in Syria."

The evidence is collected by what staffers call the "War Crimes Unit" at Germany's Federal Criminal Office. "Germany must not become a safe haven for war criminals," is the guiding principle for the officials from within their high-security concrete headquarters in the picturesque small town of Meckenheim, near Bonn. 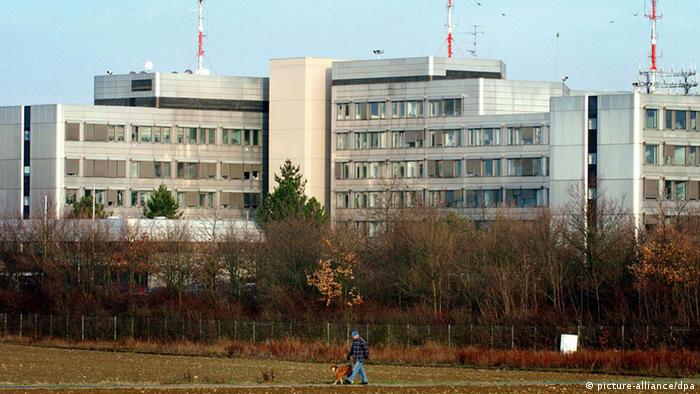 The investigators got some crucial help from a foundation based in the Netherlands: the Commission for International Justice and Accountability (CIJA), which had smuggled hundreds of thousands of government documents out of Syria after the war began there. Since then, several dozen analysts have combed through the documents, looking for evidence of potentially criminal acts and collating dossiers — with financial backing from the German government. The German weekly Die Zeit reported that when the investigators looking for incriminating information about Anwar R. contacted CIJA, they were told that the commission already had a file full of material against him.

The balding, 58-year-old principal defendant is a controversial figure. He had a storybook career in the Syrian security apparatus before allegedly becoming master over life and death at the Branch 251 prison in Damascus. But at the end of 2012, Anwar R. turned against the regime and fled the country. He became an adviser to the Syrian resistance and took up a prominent role in the opposition.

In the summer of 2014, the former colonel came to Germany with his family, applied for asylum, received a residency permit, and found a new home in Berlin. Fearing that he was being trailed by the Syrian intelligence service, he got in touch with the German police. They subjected him to thorough questioning and Anwar R. was more than willing to answer their questions about his time in Syria. 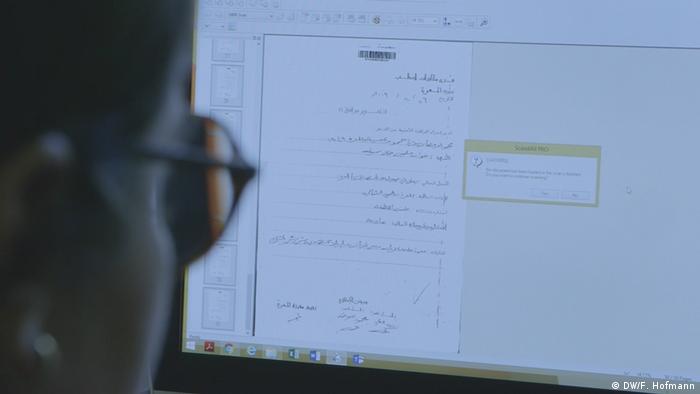 Analysts combed through hundreds of thousands of Syrian government files

Sources close to the investigation told DW that Anwar R. clearly had not envisaged facing trial. They say he told his story without any apparent sense of wrongdoing. After months of investigation by the Chief Federal Prosecutor's Office, Anwar R. was arrested on February 12, 2019.

Shedding light on how the regime works

The political change of heart by the former secret service man is unlikely to play an important part in the outcome of the trial, says lawyer Kaleck. He refers to a legal concept applied in German courts: "We call it post-crime behavior. If someone distances themselves from a crime after they commit it, then that can be viewed as a positive step. But on the other hand, Anwar R. is accused of 4,000 cases of torture and 58 murders. Of course, that can't be made good by changing his tune politically."

The unprecedented trial in Koblenz could also deliver a better overall understanding of the tyrannical Syrian regime, which might serve as a precedent for other trials in Germany or elsewhere. A spokesperson for the Federal Prosecutor's Office told DW that "the evidence we collect can be used for decades to come."

While you're here: Every Tuesday, DW editors round up what is happening in German politics and society. You can sign up here for the weekly email newsletter Berlin Briefing to stay on top of developments as Germany enters the post-Merkel era.

A historic trial against members of Bashar Assad's regime has moved on to its main defendant. Germany is holding the trial under the principle of universal jurisdiction.

For now, the ceasefire negotiated by Turkey and Russia in Idlib is holding. A young Syrian woman tells DW what the situation has been like in recent weeks and how daily life has changed. (18.03.2020)