Syria, the coalition and the compromise

US officials are optimistic: Syria's civil war can be resolved in the foreseeable future. This can only be reached in talks with moderate groups in the country. But a great challenge still remains. 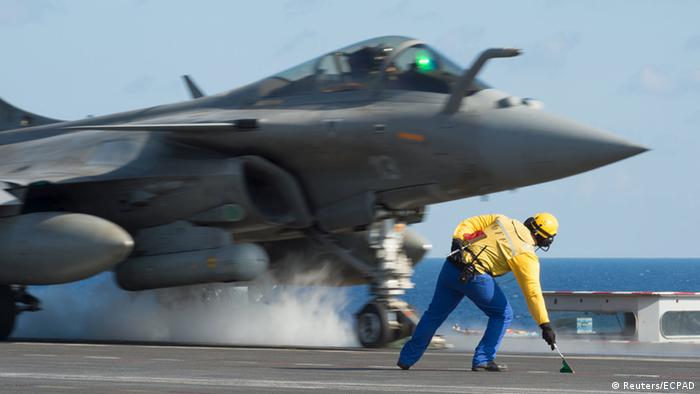 Syria's civil war is closer to a solution than previously assumed. US Deputy Secretary of State Tony Blinken said the chances of a political solution were "better than at any time previously in this crisis."

Secretary of State John Kerry sounded optimistic, too. "We are possibly just a few weeks away from an interim solution in Syria," he declared in November. A lot of people had probably not noticed this yet, he added. "But that is the current state of affairs."

The reason for his optimism, Blinken was quoted as saying, was the less-than-advantageous situation in which Russia had launched its military intervention in Syria. Although Russia had increased its influence within Syria, at the same time it created a lot of new enemies. "Russia is now seen as an ally of Assad, the Hezbollah and Iran," Blinken said, "and thereby as an opponent to the interests of a predominant number of Muslims worldwide."

Moscow in a difficult situation

Sunni Muslims fear a strengthening of Shiite states and organizations. Syrian President Bashar al-Assad had attempted to attract Shiite forces - above all Iran and Hezbollah. As well as Syria, Russia allies with Iran and Iraq. That Russia should also have anticipated attacks from jihadist terror groups was demonstrated by the explosion of a Russian passenger jet over the Sinai desert.

The more loyal that Russia is to its allies, the greater its difficulties with other states. At home, Moscow's politics also don't meet with much enthusiasm either: 15 percent of the country's population is Sunni Muslim, who don't like Putin's commitment to the Shiite axis. Also the confessionalization of the conflict is proving am obstacle for Moscow.

In this respect, it would be expected that Russia would have a strong interest in ending the conflict in Syria as soon as possible. This is especially because the air mission that it flies in Syria, maybe produces spectacular pictures but on the ground only has a limited impact. The Middle Eastern Internet website "Al-Monitor" reports that the opposition, secular Free Syrian Army (FSA) is still as strong as ever and continues to afflict military strikes against the forces of the Assad regime, despite its covering fire from Russia. Also, for this reason Moscow is now apparently interested in negotiating a settlement with FSA.

Russia is also dependent on the allies of the anti-Assad forces, primarily Turkey, Saudi Arabia and Qatar. They, reports the Arabic newspaper "Al-Hayat", point out emphatically that without the FSA a political solution is hardly possible. In addition, these states have contact to Islamist or even jihadist opposition groups in Syria – those groups which Russia declared as "terrorists". At least Sunni states can establish contacts to the moderate groups.

At least on the outside, there is still no agreement which role these groups should or could play in the postwar period. Pressure on any agreement could easily grow following the attacks in Paris, Egypt and Tunisia. The newspaper "Al-Hayat" thinks that Russia may be open to compromises. "President Putin doesn't want a military involvement in Syria, which is open-ended. When his interests are guaranteed he is ready for an exit strategy."

Agreement with these groups would also be necessary because only then could a front be found in the fight against the real enemy: the "Islamic State" (IS).

In November, the online magazine "Al-Monitor" ran an interview with a former IS strategist called Abu Omar. He described the IS as the most advanced form of global jihadism.

IS's strength, according to the article, was based on its fascination with political Islamists. They have dreamed since 1924 of a reinstatement of the caliphate which was abolished that year by the Turkish President Kemal Atatürk. In addition, the IS gave many Muslims the feeling that they were in good hands. Ordinary Muslims felt a feeling of weakness as well as distance to the ruling regimes in the region, from which they could not expect any kind of support. "This feeling grew with time and was transfered to the next generation born around the turn of the century. They wanted to belong to an entity that united power, religion and modernity".

About 25,000 volunteers from more than 100 countries have swelled IS's ranks. In their home countries they were declared persona non grata and had no perspective. "They had no other haven as the IS and they would fight to the last man for its preservation."

IS has confronted its opponents with considerable challenges. That increases the pressure to find compromises. Only on the basis of a joint political, social and cultural solution can jihadism be fought with success.

At least three Syrian soldiers were reported to have been killed during a bombing raid by the international coalition against the self-declared "Islamic State" (IS) in Syria. But the US has denied the reports. (07.12.2015)