Syria notably absent in the Trump and Clinton debate | World| Breaking news and perspectives from around the globe | DW | 27.09.2016

Syria notably absent in the Trump and Clinton debate

In their first debate, Hillary Clinton and Donald Trump mentioned the terrorist group “Islamic State” more than any other foreign actor. More surprising is that one country barely featured at all. 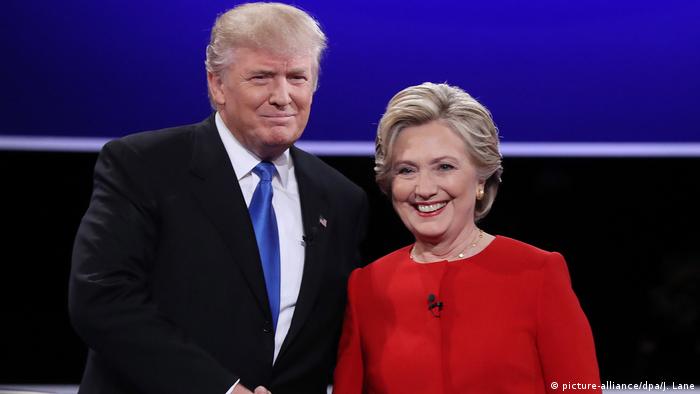 That the so-called Islamic State would play a key role in the first presidential debate that included a segment called "Securing America” could be expected. The group, referred to by the acronym widely used for it in the US, "ISIS” was mentioned 22 times in the 90-minute debate by both candidates with Trump referencing it 14 and Clinton eight times.

The gist of the argument between the pair was who was better prepared to fight the terrorist group. Trump criticized his opponent for publishing her plan on how to combat ISIS on her campaign website to which Clinton replied that she at least had a plan.

Clinton and Trump also sparred repeatedly over Iran, the country mentioned most often in the debate. On Iran, which was referenced 19 times, the candidates zeroed in on the nuclear deal Washington struck with Tehran last year. While Clinton, who mentioned the country eleven times strongly defended the nuclear agreement as great diplomacy, Trump, who referred to Tehran eight times, blasted it as a "horrible” deal. 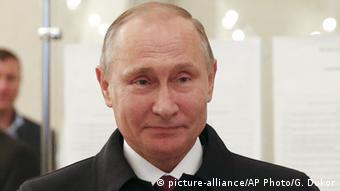 Not surprisingly Russia and China, which had already featured prominently so far in the campaign, came in second behind Iran as the countries mentioned most often in the first presidential debate with Clinton referring Russia five and Trump eight times.

Interestingly, however, the main focus on Russia was not its role in Ukraine or Syria, but on the country's cyber and nuclear capacities and whether or not the Kremlin had anything to do with the hacking attack against the servers of the Democratic National Committee (DNC). Clinton said she was concerned about Russian cyber attacks and shocked about what she called Trump's invitation to Putin to "hacking into Americans”. Trump retorted that no one really knows who broke into the servers of the DNC.

Compared to Russia, China featured as a less contentious issue in the debate with Clinton and Trump both expounding on economic and monetary questions related to the country. 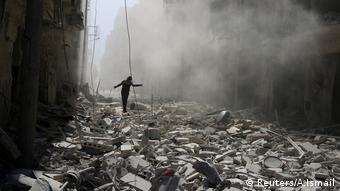 Syria was barely mentioned in the presidential debate

Perhaps the most remarkable feature of the first presidential debate though – at least from a foreign policy perspective – was the absence of a discussion about the fate of Syria. The war-ravaged country that is currently making global headlines again for the brutal siege of Aleppo was mentioned a single time in the 90-minute debate.

In that brief segment, Clinton expressed her hope that "within a year the US-led coalition within the year we'll be able to push ISIS out of Iraq and then, you know, really squeeze them in Syria.” Syrian President Basher al-Assad was not mentioned at all.

In Berlin, Americans were very pleased about Hillary Clinton's perceived win in the US presidential debate. But some questioned whether it would actually win over any undecided voters. (27.09.2016)

How to make sense of US presidential election polls

The daily deluge of new polls about the US presidential election can be confusing rather than informative. So DW asked two experts to weigh in. And guess what - both offered the same easy-to-apply solution. (09.09.2016)