The canton of St Gallen has become the second in Switzerland to vote in favor of a ban on facial coverings in public. The Swiss also voted against a measure promoting organic and sustainable agriculture. 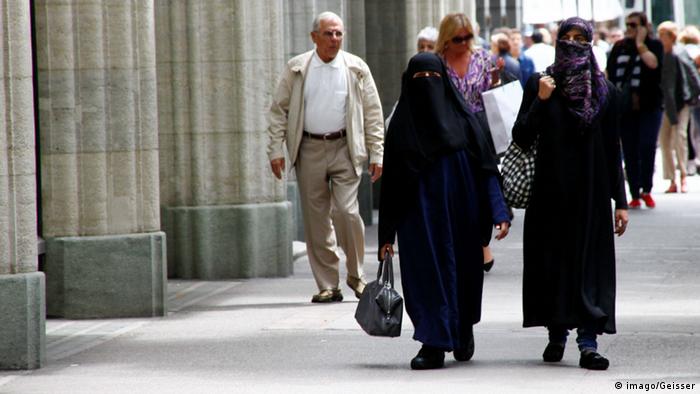 Voters in the northeastern Swiss canton of St. Gallen on Sunday overwhelmingly approved a new law that would see facial coverings such as the burqa banned in public, with two-thirds casting a ballot in favor of the legislation under the Swiss system of direct democracy.

One other Swiss canton, that of Italian-speaking Ticino in the south, introduced a similar law two years ago.

The law was approved against the will of the regional St. Gallen government, which will now be obliged to implement the result. The outcome is valid despite just 36-percent turnout at the referendum.

The Swiss Federal Cabinet initially wanted to leave decisions on whether to introduce legislation against full-face coverings up to the individual cantons. However, it will now likely hold a national referendum on the issue next year after activists from the populist right-wing Swiss People's party last year collected the more than 100,000 signatures needed to trigger one.

The text of the new law stipulates that "any person who renders themselves unrecognizable by covering their face in a public space and thus endangers public security or social and religious peace will be fined."

The law is seen as mostly targeting the burqa and the niqab, garments worn by some Muslim women including veils that more or less completely cover the face for reasons of perceived modesty.

The question of whether women should be allowed to wear such garments in public has caused heated debate across Europe, with countries including Austria, France and Denmark already banning the clothing. Critics of such garments say that they are a symbol of the oppression of women, but Muslim groups believe they are being unfairly targeted.

Some countries have partial bans in place, including Germany, where it is banned in the southeastern state of Bavaria and not permitted in other states while driving.

At the national level, Switzerland shot down a proposed law that would have seen a temporary moratorium on genetically modified foods (GMOs) turned into a total ban. They also decided against protections for Swiss farmers against cheap foreign exports.

Although the movement had significant momentum when it was put forward with the backing of Switzerland's powerful farmers' union, support fell away after lawmakers warned that it would no only make food sprices skyrocket.

Observers also noted one bit of fine print that may have turned people against the "Fair Food" and  "Food Sovereignty" iniatives, namely that food imports should be limited to countries that have similar working conditions to Switzerland.