Greenpeace said people have complained of sore throats, worsening eyesight, nausea, vomiting and fever after getting into the water. The cause of the pollution off the coast of Kamchatka region was not immediately clear. 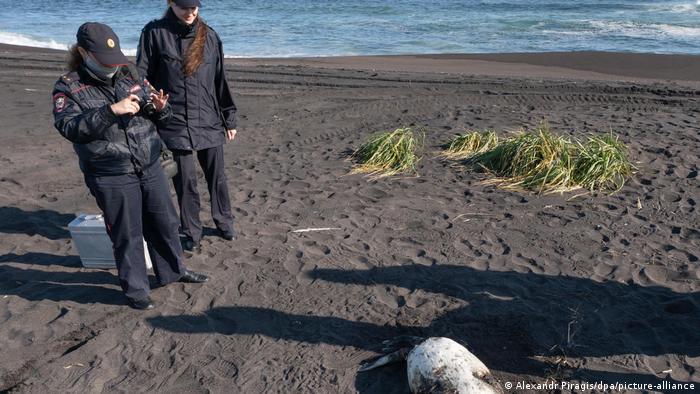 Russian authorities on Saturday ordered residents to stay away from a popular beach in the country's Far East due to unexplained water pollution.

The environmental group Greenpeace dubbed it an "ecological disaster," saying the pollution made some surfers sick.

"The only thing it is possible to say now is there are contaminative substances in the water. Final tests are not ready yet," said Vladimir Solodov, Kamchatka's regional governor.

Greenpeace said the pollution, which likely happened weeks ago, was noticed over the course of several weeks by people on Khalaktyrsky beach, a section of Pacific coastline covered with black volcanic sand and is popular with tourists.

"The water... has changed color and become unsafe for people's health. For several weeks, people who were in contact with the water have experienced negative consequences," it said in a statement.

After getting into the water, people have complained of sore throats, worsening eyesight, dry eyes, nausea, physical weakness, vomiting and fever, the environmental organization said.

Tourists recently posted videos on social media of dead octopuses and other sea life washed up on the beach. It is not immediately clear that the videos showed current environmental damage from the scene.

But Greenpeace said: "the fact that dead animals can be found along the entire coastline confirms the seriousness of the situation."

Local authorities said on Saturday the animals had washed up because of a storm.

Read more: Cyanide pollution in Tianjin much higher than expected