In Milan, Chinese finger food is becoming such a trend that its Chinatown is reportedly the country's fastest growing real estate area. This zesty neighborhood is an example of the collaboration between China and Italy. 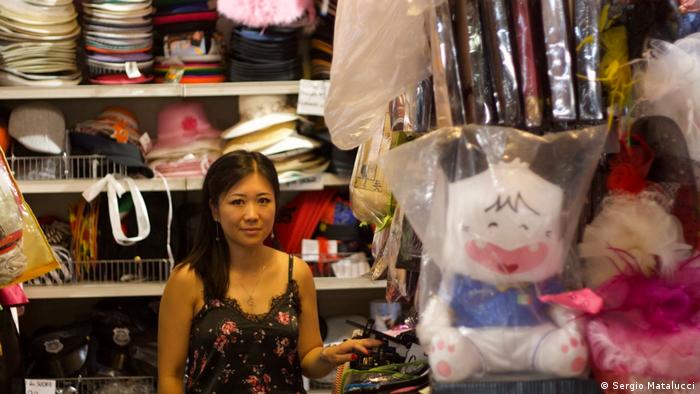 Right between the two most acclaimed real estate redevelopments in Milan, Vertical Forest and CityLife, stands a string of tiny shops where Italians go for street food, coffee and ice cream. It is Via Paolo Sarpi, a street jammed with buildings from the early 1900s and new Chinese businesses, where bubbly women in frilly dresses order robust espressos from young bartenders with Chinese backgrounds, proudly wearing their Moschino shirts.

"It is a trendy area. Everybody in China knows this street. All the Chinese tourists come here. All tourists spending some days in Milan come here. It is like Chinatown in London. It is just newer," says Lina Jin, the owner of PartyWan, a shop selling objects for parties. "Don't underestimate Milan," she stresses to DW in her strong Milanese accent, when faced with puzzlement.

According to data provided to DW by the local municipality 3,012 of Milan's 39,242 fixed trade-focused business are owned by residents born in China. The figure, which doesn't include second-generation Chinese, means that more than 13% of retail companies in the city are owned by the Chinese community. 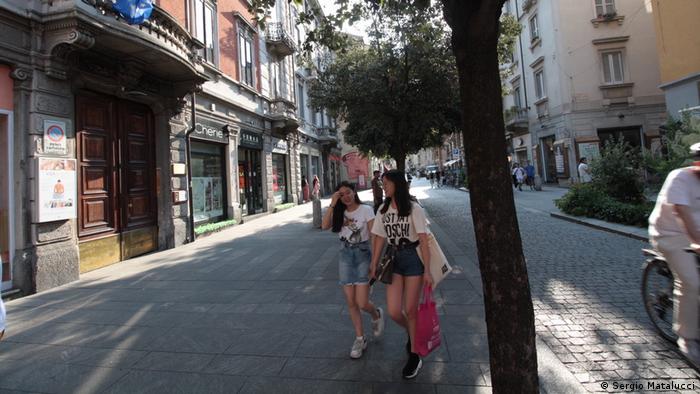 Chinese residents walking along the Via Paolo Sarpi, Milan

A road to integration

Milan has not always been sweetness and light for the Chinese community. The current mayor, Giuseppe Sala, a rising star of the center left and one of the favorite politicians among the Chinese community, was criticized by Chinatown when Milan awarded the Dalai Lama with honorary citizenship in October 2016.

Tones were bitter, but nowhere near the low of 2007, when dozens of police officers and Chinese people were hospitalized. Entire families took to the street waving national flags to protest the decision of the city administration to turn it into a pedestrian zone and, allegedly, crack down on their wholesale trade.

Ironically enough, closing the street to cars was a great help. Chinese families changed businesses and refocused on food, following in the footsteps of other successes.

"We opened in 1998. We had immediate clients: the Chinese traders. We just suffered during the year of the redevelopments. Now we are popular, among Chinese and Italians alike," says Andrea Zhou, owner of Trattoria Cinese Long Chang, one of the first "original Chinese restaurants in Milan," offering traditional food including duck necks and frogs.

Italian clients are trying to convince Zhou, originally from Wenzhou, to remain open in August, when most of the city shuts down. He decided to take holidays anyhow. He is learning a thing or two from Italians. "Food is culture," he adds. 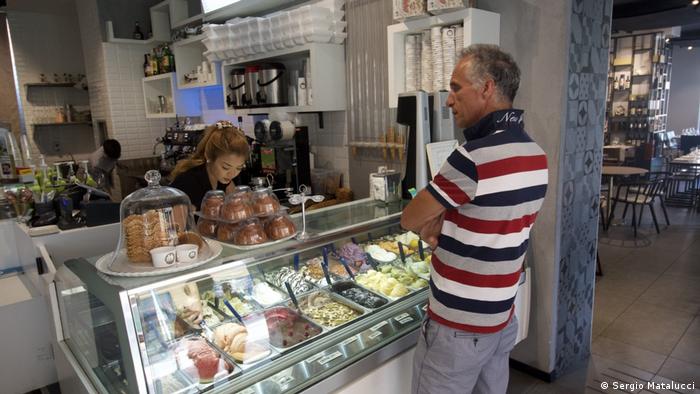 Mary Ann Quiambao serving a customer at Chateau Dufan, the first bar in Via Paolo Sarpi to offer ice cream

Jada Bai was born in China, and moved with her family to Milan when she was 4 years old. She often goes to Paolo Sarpi "to reconnect to my ancestors."

"Having married an Italian man, I am not considered entirely Chinese anymore, but it's worth it. The freedom of choice is very important, more important than being entirely accepted," Jada tells DW.

She is the training coordinator at Scuola di Formazione Permanente Fondazione Italia Cina, offering courses to Chinese and Italians. "I think my parents were not happy when we decided to marry, but they didn't hinder us. Maybe they were afraid I wouldn't marry anyone."

But things are changing. "The newest generation of Italian-Chinese kids is fighting less and less with their parents. Their parents were very young when they came to Italy. They are much more open-minded. I do believe they have the same problems other teenagers have in Italy," adds Francesco Zhou Fei, general manager of Mi Store Italia, the officially authorized retailer in Italy for products from electronics company Xiaomi.

According to locals, the new trend is Chinese men dating Italian women.

Paolo Sarpi as an example

Overall the country's real estate market registered a 16.9% plunge between 2010 and 2018, according to the National Institute of Statistics. Paolo Sapri, a kilometer-long street home to four real estate agencies, is drastically different though.

"Rents are going up by around 15% a year. Sale prices too. It's a record in Italy," says Alessandro La Banca, a real estate agent. He explains that 10% of the buyers of flats are Chinese, whereas the percentage goes up to 50% for shops. Chinese families predominantly live in other parts of the city.

He also reports that the demand in the neighborhood is so strong that he can decide whom to sell or rent to, as a function of their contribution to the community. Finarte, a large auction house, recently opened its new headquarters in a side street.

Collaboration on an institutional level

The Chinese and Italian governments signed a formal memorandum of understanding in March.

The Italy-China Financial Forum 2019, which took place in Milan on July 10, was the first major meeting since then. It was attended by several key Chinese stakeholders like Minister of Finance Kun Liu and the chairman of Bank of China, Liange Liu. During the meeting, Italy's finance minister announced that in the next few days state lender Cassa Depositi e Presiti will launch its first Panda bond, a Chinese yuan-denominated bond from a non-Chinese issuer.

Meanwhile, collaboration between Milan and Beijing is on the rise. "We will go to Beijing to learn," Mayor Sala told DW and a group of international media on the side of the event, referring to the Milanese delegation to the Beijing 2022 Winter Olympics. Italy's fashion capital will co-host the next Winter Olympics in 2026, and the handover has been singled out as an occasion for more fruitful collaboration and, most probably, juicy stories.

Rome and Beijing are expected to ink billions worth of deals, as well as plans for cultural exchanges. Xi sought to assure European leaders that there was "no fundamental conflict of interest" between them. (22.03.2019)

Though the European Union is calling for a unified approach to trade with China, the individual member states are courting the country for investment. That has created quite the tightrope act, DW's Frank Sieren writes. (29.03.2019)