The Nordic country has been trying to build up its military prowess after years of austerity. It has also looked to buying American weapons after a 2016 Swedish-US agreement. 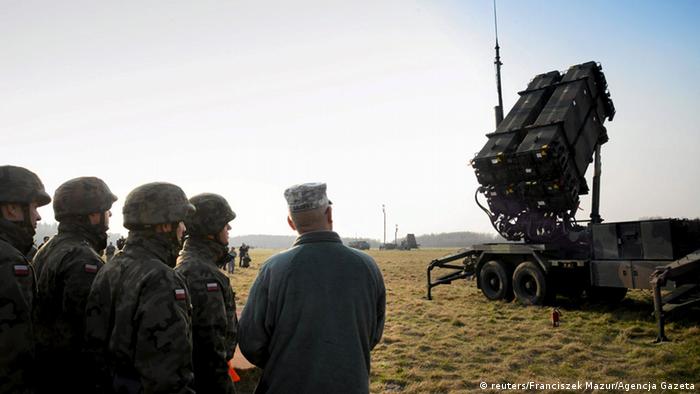 The Patriot system, which uses ground-to-air missiles to shoot down larger missiles and aircraft in-flight, won out over the SAMP/T system made by the Franco-Italian company Eurosam.

The Swedish government aims to receive deliveries of the Patriot missiles, which will replace Sweden's current US-made Hawk air defense missiles, from manufacturer Raytheon starting in 2020 and have the system operational by 2025.

The Swedish government said, "based on this tender and the decision of the Riksdag (the Swedish Parliament) on the proposal to acquire a new medium-range air defense system in the 2018 budget bill, the government will make a final decision on the acquisition during 2018."

The government said its choice to upgrade its existing system was part of its overall effort to build up the country's armed forces after years of budget cuts. The decision to buy a US-made system also aligned with a Swedish-US military cooperation agreement signed in 2016.

Raytheon praised the government's decision, saying "Sweden's announcement brings them closer to joining the growing group of European nations depending on the combat-proven Patriot to defend against ballistic and cruise missiles, and advanced aircraft and drones."

Raytheon, one of the US's largest defense suppliers, has already supplied 13 countries with the Patriot system including Germany and the Netherlands.

The deployment of US missile systems across Europe in recent years has been controversial. Russia has repeatedly criticized them as undermining its security and threatened to deploy more of its own missiles against European targets.