The US has sent another Patriot missile battery to South Korea ahead of upgrades to the region's missile defense system. The move came as a report confirmed that North Korea's missiles posed no threat to the US. 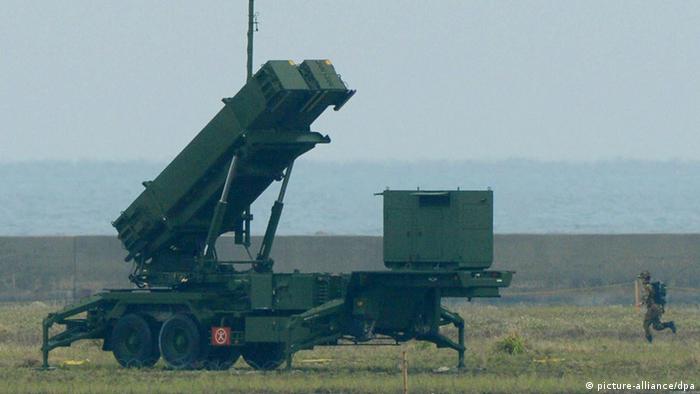 The United States temporarily deployed an additional Patriot missile battery in South Korea in response to North Korea's nuclear ambitions. The development came ahead of talks next week intended to set up a more sophisticated US missile defense system - a move that has angered China and Russia.

The Terminal High-Altitude Area Defense (THAAD) is one of the most advanced missile defense systems in the world.

North Korea has previously warned of a nuclear war in the region and threatened to beef up its military if the THAAD deployment occurs.

The US military command in South Korea said an air defense unit had meanwhile been conducting ballistic missile training with the Patriot system at Osan Air Base near Seoul. Lt. Gen. Thomas Vandal, commander of the US Eighth Army, said such exercises ensured troops were "always ready to defend against an attack from North Korea."

"North Korea's continued development of ballistic missiles against the expressed will of the international community requires the alliance to maintain effective and ready ballistic missile defenses," he said in a statement.

A spokeswoman for US Forces Korea could not confirm for how long the Patriot missile battery would be deployed in the region. The US military already has an operating Patriot missile defense system in South Korea to counter the threat of rockets from North Korea's shorter-range arsenal reaching the South.

Pentagon report: N. Korean technology not a threat to US

The Pentagon, meanwhile, announced that North Korea was committed to striking the United States with a nuclear-armed missile, but would require outside help in order to succeed due to shortfalls in its own technology. The official report, however, was published ahead of a fourth nuclear test conducted by Pyongyang in January and the launch of a satellite-bearing rocket earlier this month.

The document presented in the US Congress stated that North Korea's KN-08 ballistic missile "likely would be capable" of striking the continental United States if it were successfully designed and developed. However, the report also specified that its "current reliability as a weapon system would be low," as North Korea has not been able to conduct test flights.

"The pace of its progress will also depend, in part, on how much technology and other aid it can acquire from other countries," the report said.

The document added that Pyongyang was testing technology to strike the United States with intercontinental ballistic missiles launched into space but added that the country lacked a re-entry vehicle or such weapons. A test was launched from a submarine in November 2015 but ended in failure.

The Pentagon report also highlighted the fact that North Korea was selling weapons to other countries, circumventing existing sanctions with illegal practices such as falsified documentation.

"North Korea uses a worldwide network to facilitate arms sales activities and maintains a core, but dwindling group of recipient countries including Iran, Syria and Burma," the report said.

Coronavirus digest: US braces for Thanksgiving surge 34m ago