Washington has said it is prepared to discuss a new defense system with Seoul. The announcement comes amid new concerns over North Korea's growing assertiveness on the world stage. 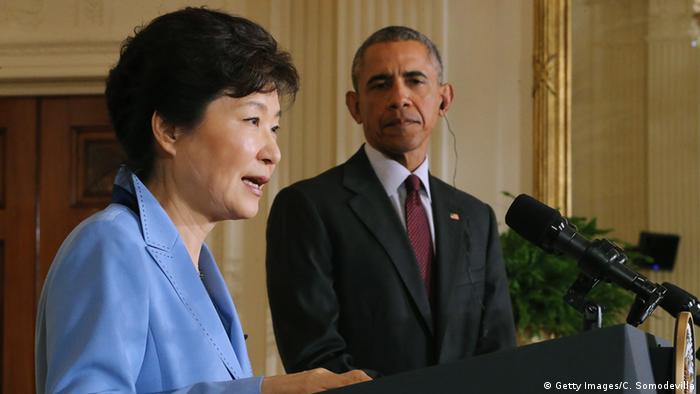 The Pentagon said on Monday it would hold talks with Seoul on a new missile defense system following North Korea's rocket launch this weekend.

The US is considering deploying the Terminal High Altitude Area Defense System (THAAD) in South Korea in an effort to shield itself and its allies from future North Korea military aggression. The THAAD system fires anti-ballistic missiles designed to hit enemy missiles mid-air.

"We are beginning the consultations now and in the current days with the South Koreans, and we expect that this will move in an expeditious fashion," Pentagon spokesman Peter Cook said.

Unease on the peninsula

North Korea drew international condemnation this past weekend when it fired a long-range rocket supposedly carrying a satellite, but which Washington fears might have been a cover for a missile capable of striking the US mainland.

On Sunday, the UN Security Council held an emergency meeting to discuss the incident.

China was among the countries that condemned the launch, although it has also been vocally opposed to the deployment of the THAAD system so close to its border.

Cook declined to state when exactly the US and South Korea would move forward with the talks.

The Security Council said it will take "significant measures" against Pyongyang as North Korea violates UN resolutions. Japan's ambassador said the launch posed a "direct threat" to the island nation and the region. (07.02.2016)

South Korea says it plans to hold formal talks with Washington on the deployment of a US missile system on the Korean peninsula. The announcement comes after North Korea launched a long-range rocket, sparking outrage. (07.02.2016)