The German government has reportedly made a major decision on military spending. According to a leading daily, Germany will buy an air defense system developed by the US, Italy and Germany. 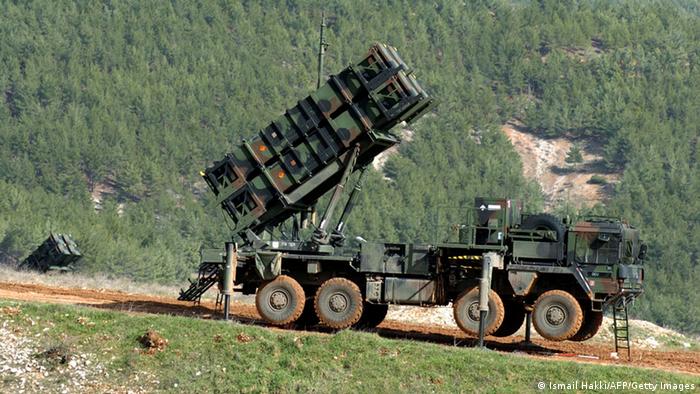 The "Süddeutsche Zeitung" (SZ), a leading German national daily, reported on Friday that Berlin's defense ministry had decided to purchase the Medium Extended Air Defense System (Meads) developed by US defense giant Lockheed Martin in cooperation with German MBDA and Italian companies. The defense ministry has, however, so far declined to confirm the report, saying a decision would be announced before the end of June.

The project to develop the mobile, surface-to-air defense system began 10 years ago. But then the US government decided not to purchase it, claiming development was too far behind schedule. In 2011, the German defense ministry followed suit, saying it would abandon plans to buy the system - having already invested over 1 billion euros ($1.14 billion).

A new defense system would to replace the Bundeswehr's current "Patriot" missile equipment (pictured above) developed by US company Raytheon in the 1980s.

Meads is a mobile surface-to-air missile system designed to ward off attacks from tactical ballistic missiles and aircraft. In 2014, developers announced that a Meads unit had a 360-degree firing arc, and so could successfully deflect simultaneous rocket attacks from different directions. 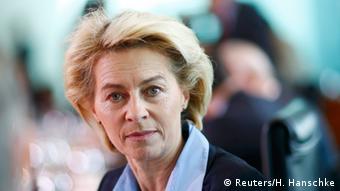 The system comes with a price tag of 4 billion euros which would make it the most expensive purchase in years.

It comes at a time of mounting criticism of the Bundeswehr's faulty and outdated equipment. Recent media reports revealed serious problems with several types of aircraft crippling Germany's military abilities at a time when the country is considering greater international engagement.

In a report published late last year, nine major projects including the military Airbus A400M transporter, the Tiger and NH90 helicopters and the Eurofighter jet - worth almost 60 billion euros when combined - were running between two and 10 years behind schedule, resulting in substantial additional costs.

Recently even the Bundeswehr's standard G36 assault rifle was revealed to have serious technical flaws.

Any new major procurement decision is likely to come under special scrutiny following the Bundeswehr's recent history marred by crippling delays and failed investments: The delivery of Puma tanks, frigates and helicopters were delayed, which has been blamed on faulty project management. The previous defense minister Thomas de Maiziere, who now holds the interior ministry post, came under attack two years ago when he pulled the plug on a drone project into which Germany had already invested billions of euros.

The reported decision in favor of Meads can be seen as giving a boost to the defense sector's image: MBDA employs 1,300 in Germany alone.