Russia has reacted strongly to the deployment of a US missile system in Romania, calling it a "threat" to its security. The defense system became operational Thursday amid increased tensions between Russia and the West. 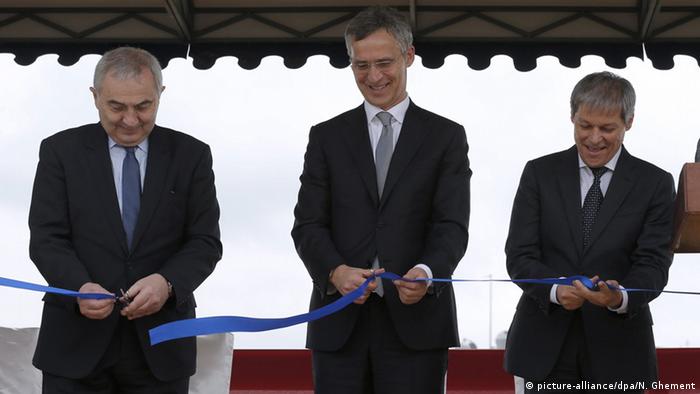 Although Washington insists that its European missile shield is not meant to counter Russia, Moscow seems to be unconvinced by the assurance.

"From the very beginning of this whole story, we have said that according to our experts' opinion, we are convinced that the deployment of the missile defense system is truly a threat to Russia's security," Kremlin spokesman Dmitry Peskov told reporters in Moscow.

A US missile defense interception station in southern Romania became operational on Thursday. It will become part of a larger NATO missile shield to defend the alliance's member states against possible ballistic missile attacks.

"Today the United States and Romania make history in delivering this system to the NATO alliance," said Mark Ferguson, the US commander in Europe and Africa, at an inauguration ceremony alongside NATO chief Jens Stoltenberg at Deveselu, south of the Romanian capital Bucharest. 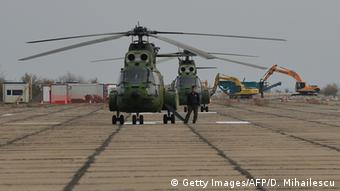 Work began on the facility in October 2013

Earlier this month, Russian Defense Minister Sergei Shoigu said his country was bolstering its own mechanisms to counter the "buildup of NATO forces in close proximity to Russia's borders."

'Not designed to undermine Russia'

Speaking in Bucharest, Assistant Secretary of State Frank Rose told a news conference ,before the system was made operational, that turning on the defense shield did not represent a security threat to Moscow, despite the Kremlin's concerns.

"Both the US and NATO have made it clear the system is not designed for or capable of undermining Russia's strategic deterrence capability," Rose told reporters.

"Russia has repeatedly raised concerns that the US and NATO defense are directed against Russia and represents a threat to its strategic nuclear deterrent. Nothing could be further from the truth."

In spite of repeated assurances, the Kremlin maintains that the real purpose of the defense shield is to provide the US with enough military might to neutralize Russia's nuclear arsenal in order to make a first strike, in the event a war breaks out.

Work on the Deveselu station in the south of Romania began in October 2013 and is estimated to have cost some $800 million (700 million euros).

The station is equipped with a battery of SM-2 missile interceptors and will be officially integrated into the NATO missile defense shield at the organization's summit in Warsaw in July.