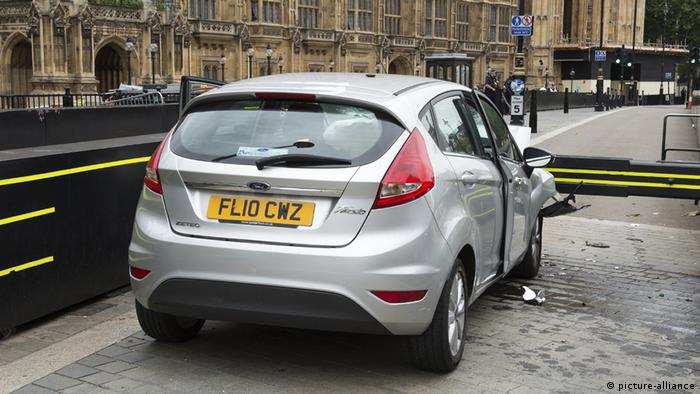 The man whose car ran into several people before crashing outside Britain's Parliament has been charged with attempted murder, police in London said Saturday.

The Metropolitan Police force said that 29-year-old Salih Khater is facing two charges: trying to kill police officers and trying to kill members of the public.

Three people were injured when Khater hit a group of cyclists before colliding with security outside Parliament on Tuesday. Police said it was an attempt to murder police officers.

One injured person was treated at the scene and two were taken to local hospitals, where they were treated and released.

Within minutes of the Tuesday morning crash, police flooded the streets around Parliament and cordoned off an area of the city that is home to government buildings. The area is a well-known tourist attraction and includes Westminster Abbey.

Khater, a British citizen originally from Sudan, is due to appear in a London court on Monday.

The crash came less than 18 months after an attacker drove a car into pedestrians on Westminster Bridge. In that incident, four people were killed. The driver then fatally stabbed a police officer before being shot dead in a courtyard outside Parliament. 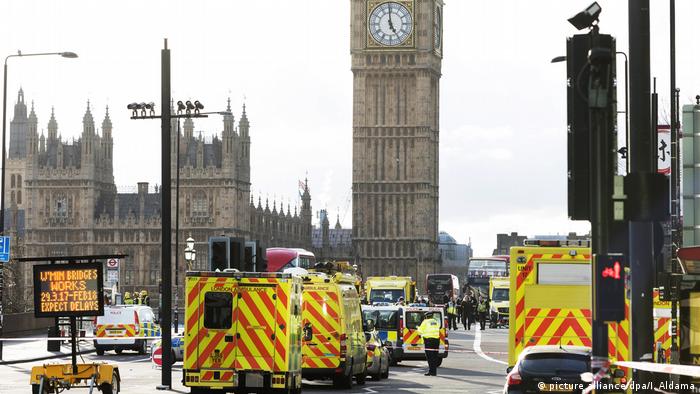 Parliament has been the scene of several attacks

A little less than three months later, a van drove into pedestrians on London Bridge before three men abandoned the vehicle and attacked weekend revelers in the nearby Borough Market. Eight people were killed and 48 injured.

In June 2017, a far-right extremist drove a van into a crowd of worshippers leaving a London mosque. One man was killed and eight others were injured.

Police said that because of the way it was done and the location, prosecutors are treating the Parliament crash as terrorism, although Khater has not been charged with a terrorist offence.

Police have said four people, including the attackers, have been killed in an attack in London. Some 40 other people are wounded, many seriously. Police are treating the attack as "Islamist-related terrorism." (23.03.2017)