London mosque killer sentenced to at least 43 years in jail

A man convicted of driving a van into people outside a London mosque has been sentenced to a minimum of 43 years in prison. Prosecutors said he sought to kill as many people as he could in an attack that left one dead. 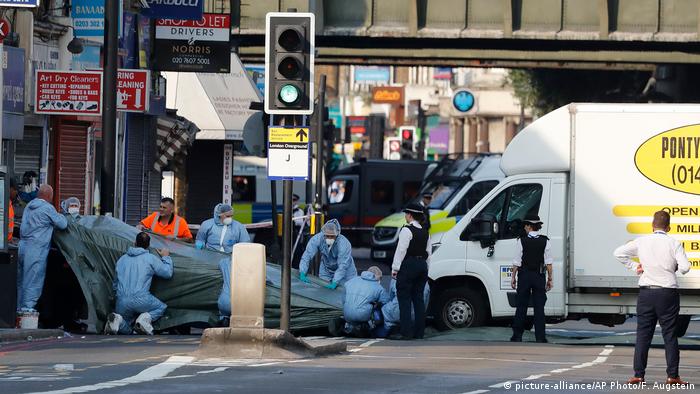 Woolwich Crown Court in south London on Friday sentenced Darren Osborne to life imprisonment with a minimum term of 43 years for the murder of a 51-year-old man and injuring nine others in a late-night attack in June.

Judge Bobbie Cheema-Grubb said Osborne's mind had been "poisoned" by far-right ideas as she sentenced the 48-year-old to life with no chance of parole for 43 years.

Makram Ali died after his legs were crushed under the van in the Finsbury Park area of north London in the attack on June 19.

Osborne, from Cardiff, was convicted of terrorism-related murder and attempted murder for driving a van at high speed into a crowd of people near the Finsbury Park Mosque.

He denied the charges.

"From our investigation, it was clear that Osborne had planned to come to London with the intention of carrying out an attack against the Muslim community," Metropolitan Police Commander Dean Haydon said.

Sue Hemming, head of counter-terrorism for the Crown Prosecution Service, said prosecutors had been "clear throughout that this was a terrorist attack."

"Darren Osborne planned and carried out this attack because of his hatred of Muslims," Hemming said. "He later invented an unconvincing story to counter the overwhelming weight of evidence, but the jury has convicted him."

After a vehicle drove into pedestrians near a mosque in north London, killing at least one person, Prime Minister Theresa May said the attacker had acted alone. The UK will look at increased security for mosques. (19.06.2017)