British media have named the man behind Tuesday's suspected terror attack outside the Houses of Parliament. Police have said they are still investigating the suspect's motives. 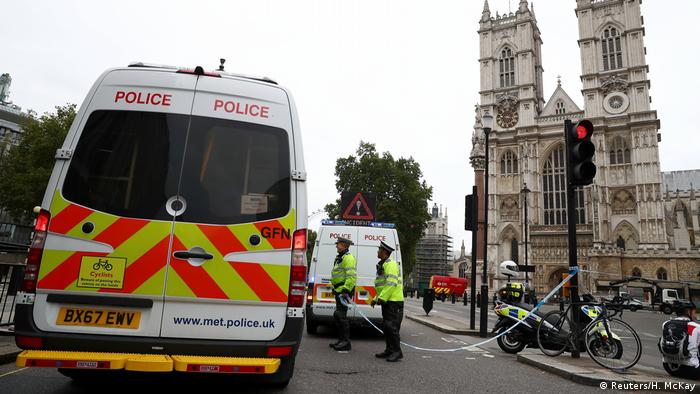 The man who ploughed his car into London pedestrians outside the Houses of Parliament on Tuesday has been identified as a Briton of Sudanese origin living in Birmingham, according to UK media reports.

The 29-year-old was named by newspapers as Salih K.* The Press Associated news agency reported that a Facebook page for a man of that name living in Birmingham showed that he worked as a shop manager and had studied at the Sudan University of Science and Technology.

Chief counter-terrorism officer Neil Basu said the suspect was not known to intelligence agencies, although The Times newspaper claimed that he was known to police.

Police said late on Tuesday that they had raided two addresses in Birmingham, as well as another address in the nearby city of Nottingham.

A childhood friend of Salih K. told The Times: "He is not a terrorist. I have known him since childhood. He is a good man." The son of two sorghum farmers, the suspect moved to Britain five years ago to earn money for his family, according to the friend.

Salih K. appeared to intentionally try to run over pedestrians in Westminster on Tuesday morning, before crashing his silver Ford Fiesta into the barriers outside the British House of Parliament. Three people were wounded in the incident, although none suffered life-threatening injuries.

The suspect was arrested by armed police at the scene and jailed in a south London police station.

Read more: Opinion: Helpless in the face of terrorism 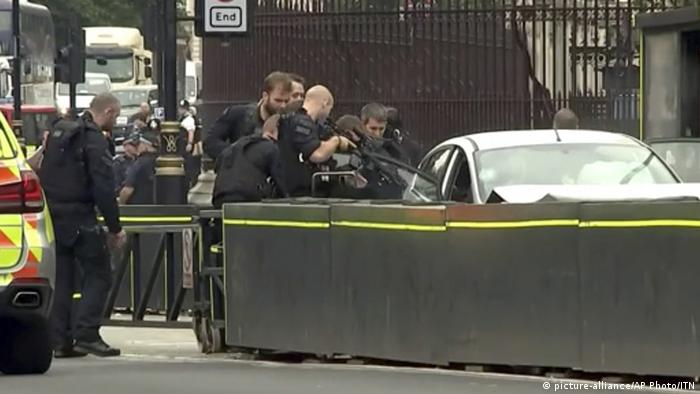 Tuesday's incident marked the second vehicle attack in Westminster in less than 18 months. In March 2017, Khalid Masood, who also lived in Birmingham, ploughed his car into pedestrians on Westminster Bridge before crashing into barriers outside parliament and stabbing a police officer to death. Five people were killed and more than 50 wounded in the attack. Masood was shot dead at the scene.

On Wednesday morning London Mayor Sadiq Khan said he backed the idea of banning vehicles from parts of Westminster in a bid to prevent future car attacks.

"I've been an advocate for a while now of part-pedestrianizing Parliament Square," Khan said. However, the Labour mayor stressed that any changes must not lose "the wonderful thing about our democracy which is people having access to parliamentarians, people being able to lobby Parliament, visitors being able to come and visit."

* Editor's note: Deutsche Welle follows the German press code, which stresses the importance of protecting the privacy of suspected criminals or victims and obliges us to refrain from revealing full names in such cases.

A man has driven a van into a group of Muslims in London, leaving one person dead and several more injured. His crime is a betrayal of European ideals, says DW’s Kersten Knipp. (19.06.2017)